Does China want more engagement with global institutions or to create a set of parallel ones?

The years since the Global Financial Crisis have seen a flurry of new Chinese-led institutions that rival those led by Western countries. But Beijing has also engaged in unprecedented multilateral cooperation on energy security and climate change. What explains this contradictory behaviour?

The U.S. and many of its allies seem to fear that China is steadily chipping away at the Western-led system of global governance. Since the Global Financial Crisis in 2008, Beijing has created a number of rival organisations for trade, finance, and development. There is a strong perception that China is trying to dilute the West’s leadership of global governance by creating a set of parallel institutions.

The reality is more nuanced. China’s aim is not to undermine the Western-led international order; rather, it is joining institutions that suit its interests while seeking to alter or supplement those that do not. As the only major Western-led institution that Beijing has recently joined, China’s accession to the International Energy Agency (IEA) as an association country in 2015 serves as an illustrative case study, providing a unique insight into the Chinese approach to the international order.

Prior to 2015, China hardly participated in multilateral energy security initiatives. It distrusted the global energy system—Beijing saw its institutions, corporations, and international sea lanes as dominated by the U.S. and its allies. For this reason, China focused on initiatives that it could control: pipeline construction, a national tanker fleet, foreign oil deals, and military modernisation.

Yet these measures largely failed to enhance Chinese energy security. Pipeline construction has been costly and has proven inadequate to keep up with demand, with current pipelines only carrying 20 percent of total oil imports. Meanwhile, the oil sector’s globalised transportation structure neutralises the benefits of a national tanker fleet – around 63 percent of Chinese tankers are foreign flagged, and their cargoes are often destined for multiple countries. Oil allotments are also sold and resold numerous times while at sea. Beijing would, therefore, provoke international outrage if it nationalised and rerouted all petroleum carried by Chinese tankers to China during an oil crisis. As a commodity, oil is bought from whichever supplier offers the best price; foreign oil deals secured by Chinese companies merely increase the supply of petroleum on the world market but do not necessarily mean more oil ends up in China. More importantly, 75 percent of China’s oil still passes through the Strait of Malacca, which Beijing fears would be vulnerable to a U.S. blockade. Military modernisation has not yet given China the force projection capabilities it would need to avoid such a scenario. The inadequacy of China’s energy security efforts to date has made it more willing to engage multilaterally. 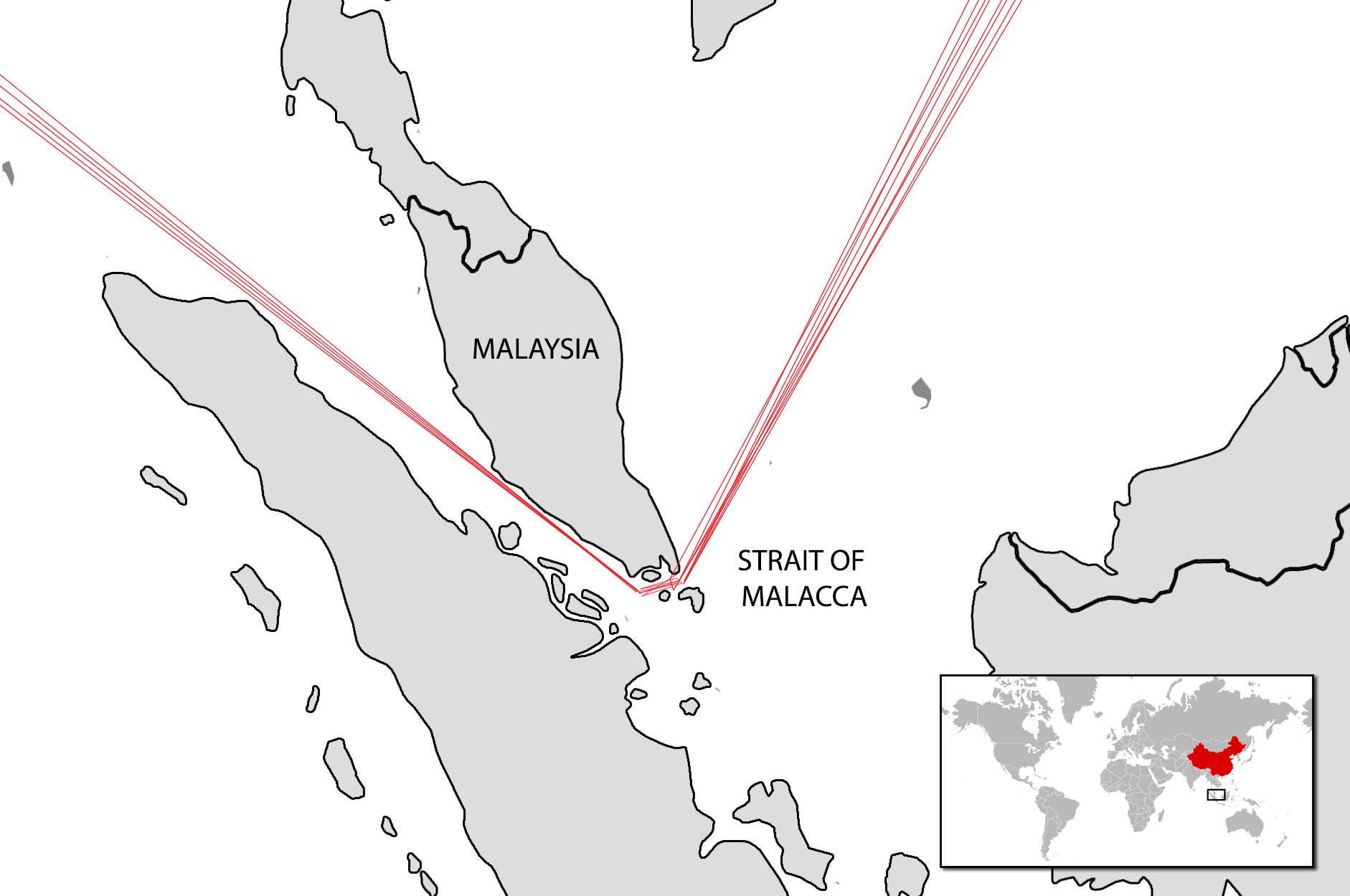 Two factors led Beijing to begin integration into the IEA. The first was the failure of China’s unilateral and bilateral energy security measures. For all of its efforts, Beijing would still be helpless against a sudden upsurge in oil prices, and it knows that the IEA is the only organisation that can effectively counter negative oil supply shocks. All members are required to keep 90 days of imports on hand to enable a coordinated worldwide release of petroleum reserves in the event of a crisis. Second, China’s acceptance of the IEA had to be matched by the institution’s embrace of China. In November 2015 the IEA decided to become “fully reflective of future energy trends,” which entails “adapting and evolving” as it grows. This decision was motivated by the fact that virtually all growth in future oil consumption will occur in non-IEA countries—particularly China—so in order to remain relevant, the organisation must begin to assimilate them.

Two lessons can be drawn from China’s association agreement with the IEA. First, China appears to be willing to engage with Western-led institutions when they are the best feasible option. Second, the institutions must adapt and give China a voice that is commensurate to its global heft. Both of these prerequisites were present in the only other recent example of a Chinese compromise with international institutions: the Paris Agreement (COP21) on climate change. As with international oil market stability, global warming is a collective action problem that can only be addressed through multilateral cooperation—China has no viable alternative to forestall the disastrous effects of future climate change. Like the IEA, COP21 had to accommodate China’s (as well as others’) demands in order to remain relevant. 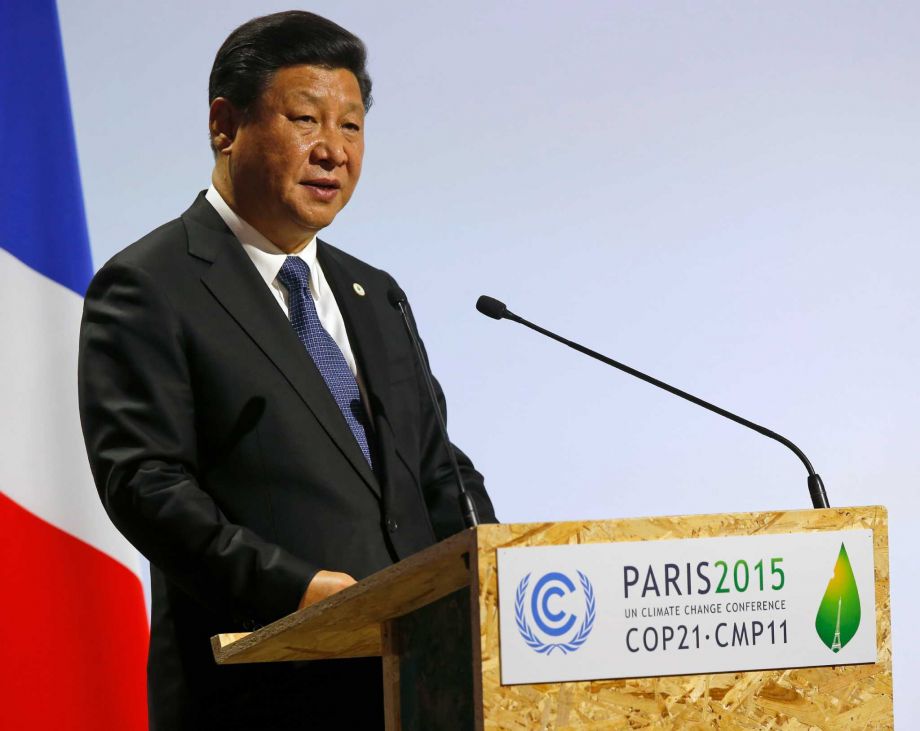 The IEA and COP21 provide a template for how Western-led institutions can secure Chinese support. Unfortunately, organisations and groupings like the World Bank, International Monetary Fund (IMF), Asian Development Bank (ADB), and the Trans-Pacific Partnership have, thus far, been unable or unwilling to do so. The World Bank and the ADB, controlled by the U.S. and Japan respectively, have proved reluctant to provide China with the opportunity to buy in and gain influence over the institutions’ operations. Beijing also resents their insistence on loan conditionality—recipient countries must often agree to privatisation programs—which it views as an arrogant imposition of Western norms. The existing system did not accommodate or adapt to China, so Beijing co-founded the New Development Bank (2014), created the Asian Infrastructure Investment Bank (2015), and expanded the activities of the China Development Bank to the point where it has assets worth almost four times those of the World Bank. China’s interactions with the IMF have followed a similar trajectory. Reforms of the organisation’s outdated voting structure were stalled in the U.S. Congress from 2010 until 2015, which meant that China suffered from disproportionately low voting power. In 2009, Beijing played a leading role in the creation of the Chiang Mai Initiative Multilateralisation (CMIM) Agreement, a currency swap arrangement, and in 2014 it co-founded the BRICS Contingent Reserve Arrangement (CRA), which serves a similar role. China has also signed bilateral currency swap deals with around 30 countries for an amount totalling $500 billion.

The pattern is clear: when China is denied inclusion in Western-led institutions, it creates its own instead. If, however, an existing institution provides China unique benefits and gives it representation proportionate to its size, Beijing is willing to support the existing governance system. This explains the seeming discrepancy between China’s enhanced engagement and creation of rival institutions in recent years. It also reflects China’s approach to global governance: it is willing to cooperate if the world makes room for it, but it is equally prepared to create its own institutions if its needs are not otherwise met.