Tensions are still rising on the Korean Peninsula but China will continue to support Pyongyang.

The provocative timing of Kim Jong-un’s latest missile test on Sunday – staged during the middle of President Xi’s Belt and Road summit in Beijing – is the latest iteration of Pyongyang’s proclivity for insulting China. Though Pyongyang has thrown an increasingly large number of barbs at its Chinese neighbour, Beijing’s North Korea policy remains unclear.

China’s approach to North Korea has long been underpinned by three non-negotiable “no’s”: no war, no instability, and no nukes. These often-conflicting aims have created confusion about China’s long-term goals on the peninsula. Beijing’s February 11 announcement that it would suspend further coal imports from North Korea for the remainder of 2017 did surprisingly little to cut through this uncertainty.

While the announcement may suggest China is losing patience with Pyongyang, it could also be a tactical move to improve perceptions of China’s North Korea policy. For its part, Beijing has elected to continue strengthening sanctions against Pyongyang. However, it has also stressed that sanctions are not an end in and of themselves and has instead advocated for resuming diplomatic engagement.

The conventional view is that China’s willingness to pressure North Korea is fundamentally limited by Beijing’s strategic interests. China does not want to see the North Korean regime collapse because it fears the onslaught of refugees that would result and the subsequent emergence of a US-aligned, unified Korea. Such an outcome could see US forces stationed close to China’s border.

Counterintuitively, China’s recent North Korean coal importation ban supports this argument. United Nations Security Council resolution 2321 limits how much North Korean coal China can import and, by the time the February 11 ban was announced, China was close to reaching the import limit. The announcement was therefore not an indicator that China is cutting North Korea loose, particularly when considering that Sino-North Korean trade in the first quarter of 2017 was up 37.4 per cent compared to the 2016 period.

Moreover, China is increasing financial and diplomatic pressure on North Korea because Beijing perceives that failure to do so would lead to destabilising, unilateral US pressure on Pyongyang. By implementing its own sanctions, China can maintain a favourable status quo on the peninsula. To an extent, Beijing has wrested some initiative with the coal ban, enabling it to remain on the front foot diplomatically vis-à-vis the various international players involved. 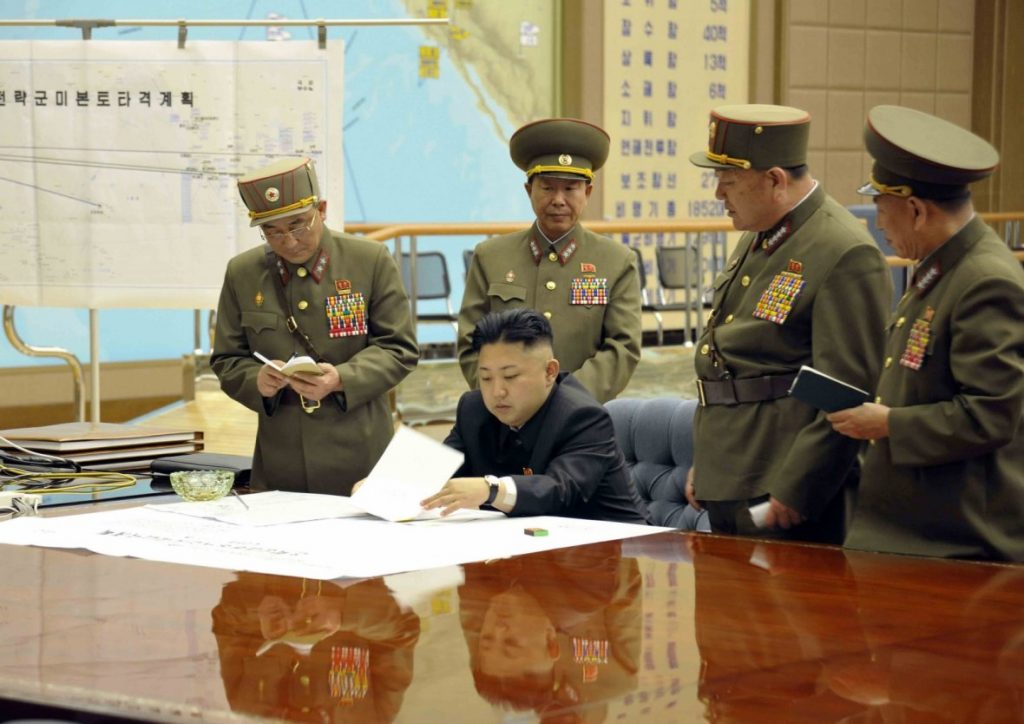 Alternatively, China may be starting to view Pyongyang’s aggression and intransigence as an irreconcilable strategic burden on President Xi Jinping’s regional security goals. In a matter of weeks, the Kim Jong-un regime was implicated in the assassination of Kim Jong-nam – who China had sheltered in Macau and was their preferred candidate for North Korean leadership – and dramatically escalated ballistic missile testing, causing the US, South Korea and Japan to tighten military coordination.

In doing so, the Kim regime threw the proverbial cat amongst the pigeons as it pertains to Xi’s preferred strategic balance. Not only have the US, South Korea and Japan strengthened defence ties but Beijing’s previously flowering relationship with Seoul has been damaged due to the deployment of THAAD – a US anti-ballistic missile system – in response to Kim Jong-un’s nuclear policy. Worst of all for Xi, Washington’s strategic engagement in Asia has been reinvigorated after a recent lull.

China’s relationship with North Korea as a country is substantially separate, and different, from its relationship with the Kim regime. China’s interests align with the continuity of the North Korean nation, hence why it continues to maintain an economic relationship. However, Beijing would be more than happy to see the back of the Kim Jong-un regime. Relations between Beijing and its counterparts in Pyongyang have soured considerably in the past few years.

The last time top leaders from the two countries met was in May 2011; Kim Jong-un’s pugilistic behaviour upon assuming power that year did nothing to improve relations. President Xi has openly displayed his displeasure at the Kim regime by abandoning efforts to maintain a special relationship with North Korea’s ruling Worker’s Party. In 2013, the bilateral relationship was downgraded to “normal relations between states”.

Xi pursued a rapprochement with South Korea by meeting recently deposed President Park Geun-hye numerous times, accentuating the extent of Sino-North Korean friction. The December 2013 execution of Kim Jong-un’s uncle, Jang Song-thaek – who Kim openly accused of being too close to Beijing in his role as special envoy to China – represented an unprecedented level of animosity in the bilateral relationship.

The assassination of Kim Jong-nam further escalated the downward spiral of diplomatic relations. Experts say China is now ambivalent on its obligation to defend North Korea if it is attacked, as required by the 1961 Sino-North Korean Treaty of Friendship, Cooperation, and Mutual Assistance. Beijing has publicly stated that if Pyongyang initiates military conflict, Beijing will not come to its aid.

WHITHER THE SINO-NORTH KOREAN RELATIONSHIP? China hopes North Korea will liberalise and open up economically. This is mirrored in China’s persistent stance of arguing against sanctions, which make it harder for the hermit kingdom to integrate economically with the world, in favour of measures like encouraging information and people exchanges. During Kim Jong-il’s final trip to China before his death in 2011, then-President Hu Jintao showed the North Korean leader around Shanghai and Dalian to expose him to the striking effects of rapid economic modernisation.

Beijing has given up on similar efforts with Kim Jong-un, whom they view as a roadblock to the realisation of their ideal North Korea. Yet no matter the extent of Chinese vexation at the Kim regime, the short-term reality is that the dictator’s radical dispositions and existential attachment to the nuclear program mean Beijing is unlikely to accept the risk of inflaming the situation by abandoning him anytime soon.

However, the election of a new South Korean President in Moon Jae-in, who is very much open to negotiation and interaction with all parties, has strong implications for the Beijing-Pyongyang axis. The emergence of an open-minded leader in South Korea seemingly partial to transactional diplomacy could see Beijing increasingly distance itself from Pyongyang and align itself with what it sees as a far stronger strategic prospect in Seoul. While an abrupt end to Beijing-Pyongyang ties is unlikely, a change to the status quo may well weaken the relationship over the mid to long term.