China’s President Xi may use this year’s party congress to make his authority paramount.

China faces an inflection point in 2017. In the latter half of this year the Chinese Communist Party (CCP) will hold its quinquennial leadership transition event: around 60 per cent of the party’s leaders will retire, including five out of seven members of the country’s powerful Politburo Standing Committee. President Xi Jinping may try to use the CCP’s 19th Party Congress to effect a drastic adjustment in how China is governed.

China only changes its paramount leader every ten years and the party congress held at the midpoint of any administration determines who will take over five years hence. Given China’s authoritarian governance and highly centralised power system, who sits at the top and how much power they have determines how the country deals with its mounting challenges. This will arguably be the most significant party congress held since the years of Deng Xiaoping’s “reform and opening up” that ignited China’s meteoric rise to superpower status. The 2017 Party Congress is critical for two reasons.

First, China must finally confront the unpleasant side effects of its economic trajectory. Firms, banks and the government relied on massive debt-fuelled spending to power through the Great Recession, and this debt is now a drag on growth and could catalyse future economic crises.

Reform will be harrowing. Zombie firms – uncompetitive state-owned firms that cannot repay their debts – must be allowed to fail to free up capital and stagnant economic sectors, which will lead to higher unemployment. China’s exhausted investment-driven growth strategy must be replaced by one reliant on domestic consumption, meaning deregulation and liberalisation. The leadership will have to sideline vested interests and temporarily break its social contract with the populace.

China’s citizens have tolerated the contamination of their country’s air, soil, water and food in implicit exchange for ever-increasing prosperity. If growth stalls and the population believes the government is falling short on its bargain, the state might face demands for political representation in order to improve its responsiveness to its people’s needs. China’s incoming leaders will have to address these contradictions to keep the country functioning.

The second reason for the congress’ importance is that in the past five years, President Xi has amassed power to an extent not seen since the 1980s. After the horrors of Mao Zedong’s dictatorship, the CCP settled upon a system of collective leadership that has provided political stability. Mr Xi appears to have been systematically undermining this system over the past five years.

Xi’s zealous anti-corruption campaign has purged many of his rivals, and the threat of investigation keeps potential adversaries in check. He has also created new authoritative bodies – personally headed by him – in order to concentrate decision-making power in his hands. Discipline within the party has grown stricter, and last year it announced that Xi was its “core,” a designation that was not bestowed upon his predecessor, Hu Jintao.

The president has appropriated key portfolios from Li Keqiang, the government’s second most powerful leader and Xi’s ostensible counterweight. He has also cracked down on the media, churches, NGOs, universities and human rights lawyers in a drive to restore hard authoritarian rule to China. Many analysts believe that Xi intends to fully do away with collective leadership and move the country towards strongman rule. This would have profound consequences for China and the world. 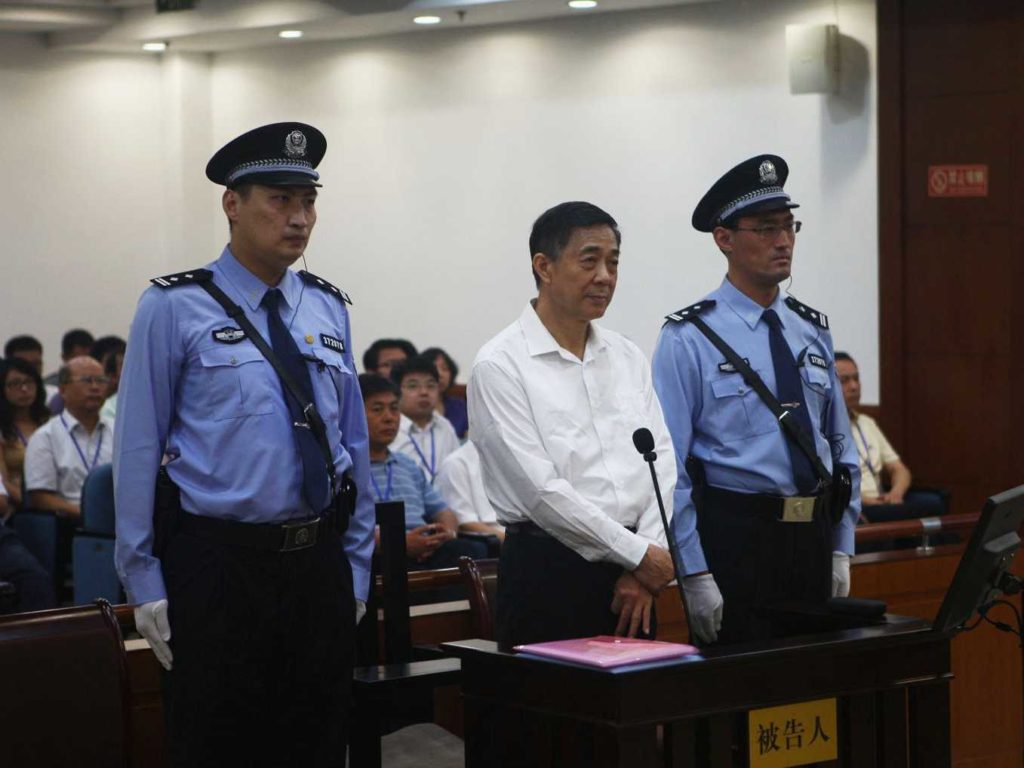 Xi’s actions are weakening the very institutions that have guaranteed smooth leadership transitions until now. Fully abolishing them could sow the seeds of future instability: historically, the collapse of authoritarian regimes has more often been caused by conflict and disunity among the ruling elite than by popular revolt. The Chinese ruling elite is roughly split into two coalitions, currently led by Xi and Li, that have alternated in ruling the country for the past three generations of leaders. If Xi truly wants to institute strongman-style rule, he will have to disempower roughly half of the elite. This would necessarily create political instability.

Yet concentration of power could be a prerequisite for addressing China’s profound problems. Dictatorial powers might be necessary to quash special interests and pry open protected sectors of the economy; repression may be needed to contain social discontent arising from painful economic adjustments.

Beijing’s foreign policy might also become more coordinated. Though authoritarian states like China often seem like unitary actors, in reality it consists of a profusion of fractious players from the national down to the local level that compete to advance their interests. This has sometimes inflamed China’s territorial disputes, especially in the South China Sea.

These subnational actors operate by creatively interpreting ambiguous guidelines from Xi, which are made vague in order to shield the paramount leader from mistakes made by lower-level ministries. However, Xi’s growing power might allow him to issue specific foreign policy directives and thus better control China’s actions abroad, which would reduce the potential for crises caused by overzealous local actors. However, Xi’s consolidation also means that there will be fewer checks and balances to moderate his foreign policy decisions, and the blame for any foreign policy blunders would fall squarely on his shoulders.

WHAT TO WATCH FOR Xi has several mutually exclusive options for the party congress.

First, he could attempt to elevate as many of his protégés as possible while paving the way for staying on after his term ends in 2022. This would herald the return of one-man rule to China.

Second, Xi could reaffirm collective leadership by assenting to a power-sharing compromise between his faction and that of Li Keqiang and Hu Jintao, his still-influential predecessor. It remains unclear as to whether Xi has truly rejected the idea of collective leadership.

Third – and this would be unexpected – the president could expand intra-party election mechanisms and pack the lower elite echelons with his supporters. This would allow him to retain substantial political influence after stepping down.

There will be signs in the lead-up to the congress as to the likelihood of Xi adopting any one of these strategies. Party custom dictates that cadres must retire at 68 but in October last year a director of the party’s Central Policy Research Office, Deng Maosheng, called the age limits “folklore”. If other high-ranking officials or state media outlets publicly question the established age limits, it could indicate that Xi is preparing to change the retirement age and enable himself to stay in power beyond his designated term (he will be 69 at the 2022 national congress). The 19th Party Congress should see Xi designate his successor; if he fails to do so, this more than anything would indicate that he plans to reinstitute strongman rule in China.

Precedent dictates that Xi’s colleague, Premier Li Keqiang, should serve a second term. Li is the top official in the non-Xi-aligned political faction, so his marginalisation would indicate a power grab by the president. Another indicator would be a further purge of Xi’s rivals through his anti-corruption campaign in the lead-up to the congress. Especially telling would be any targeting of the frontrunners from Li’s faction, Wang Yang and Hu Chunhua.

CHINA AT THE CROSSROADS If Xi Jinping uses the 19th Party Congress to lay the groundwork for becoming the sole ruler of China, the world will feel reverberations from this event for years to come. It would enable him to address his country’s pressing problems head-on – no other country in history has attempted an economic transition of China’s magnitude. But such a concentration of power could destroy party unity, and it would leave one of the world’s most crucial countries at risk of destabilising power struggles after Xi’s reign ends.

A compromise at the congress could mean stability and economic stagnation for years to come. An enthronement would steer China in a new and unknown direction, one full of both potential and danger.