Despite scandals and low approval ratings, Abe government was re-elected with a two-thirds majority.

– Despite low mid-year polling numbers, Abe’s coalition recovered to secure a convincing win
– The LDP and allied party Komeito retained their two-thirds supermajority in the lower house, paving the way for the party to initiate revision of Japan’s pacifist constitution
– The win for Abe will almost guarantee the party leader will secure a third term as LDP president

Voters handed Japanese Prime Minister Shinzo Abe a decisive victory in the October 22 snap election. His Liberal Democratic Party (LDP), together with coalition partner Komeito, retained their two-thirds ‘supermajority’ by securing at least 313 seats in the 465 seat lower house of the Japanese Diet.

Remarkably, in July, Abe’s support levels were consistently recorded in the 20% range, down from around 60% at the beginning of 2017. The win also followed Tokyo Governor Yuriko Koike’s fledgling party Tomin First no Kai soundly defeating the LDP in the Tokyo prefectural election on July 2. The LDP’s national election victory does not reflect a sudden growth in its popularity or confidence in Abe’s leadership as much as intelligent political manoeuvring from the party leader, who now has ample breathing room to pursue his conservative agenda.

Prior to the 2012 Japanese election, Abe campaigned on the platform of rejuvenating Japan’s flagging economy. The LDP’s landslide victory in December that year gave Abe a mandate to implement a suite of economic policies dubbed “Abenomics”. The economic strategy has gone through several iterations but its mixed results have fallen short of Abe’s lofty goals of economic rejuvenation and the program is no longer a source of political strength.

Repeated scandals have further tarnished the Abe brand. In early 2017, Abe and his wife were accused of being complicit in a cut-price land deal between the finance ministry and an ultra-nationalist school group. Then in June, Abe was the subject of allegations of cronyism after a close friend was awarded approval for a private veterinary school despite widespread consensus it was not needed.

These scandals resulted in a significant drop in Abe’s approval ratings which, according to a survey by Jiji Press, sank to 29.9% by early July. The unpopularity of the Abe government no doubt contributed to the LDP’s heavy loss in the Tokyo prefectural election the same month.

WINNING OVER THE NATION The LDP’s strong showing on Sunday was largely due to careful political staging by Abe. Abe announced the snap election in late September, less than two weeks after North Korea fired a ballistic missile over Japanese territory – the second such test in the space of a little over two weeks. Pyongyang had also damaged regional stability on September 3 when it conducted its sixth nuclear weapons test, detonating a bomb 17 times more powerful than the one that destroyed Hiroshima.

Concern over North Korea’s nuclear weapons program and weapons testing agenda has reached fever pitch in Japan. Crucially, Abe, who has long positioned himself as a security hawk, has successfully courted public support by employing tough rhetoric against North Korea and promising to pressure the Kim regime rather than pursuing dialogue.

The second decisive factor behind the LDP’s win was the absence of a credible opposition. Coming off her resounding win in the Tokyo prefectural election, Governor Koike announced the formation of a new political party in late September, the Party of Hope. While early polls showed that the centre-right party was gaining traction, the initial fervour quickly dissipated.

Problematically, Koike did not run for a lower house seat herself. This left the party with a popular figurehead and no credible prime ministerial candidate. Furthermore, the party’s early rise did not come at the expense of the LDP, but rather its main opposition the Democratic Party. Indeed, shortly after Koike announced the Party of Hope, the Democratic Party disbanded its lower house caucus, with the majority of the party’s candidates coming out in support of Koike. However, this merge under the Party of Hope’s banner—which according to Koike would be dedicated to politics free of “vested interests”, “freedom of information” and “reform conservatism”—alienated voters searching for a genuine liberal alternative.

A FRESH MANDATE FOR THE LDP 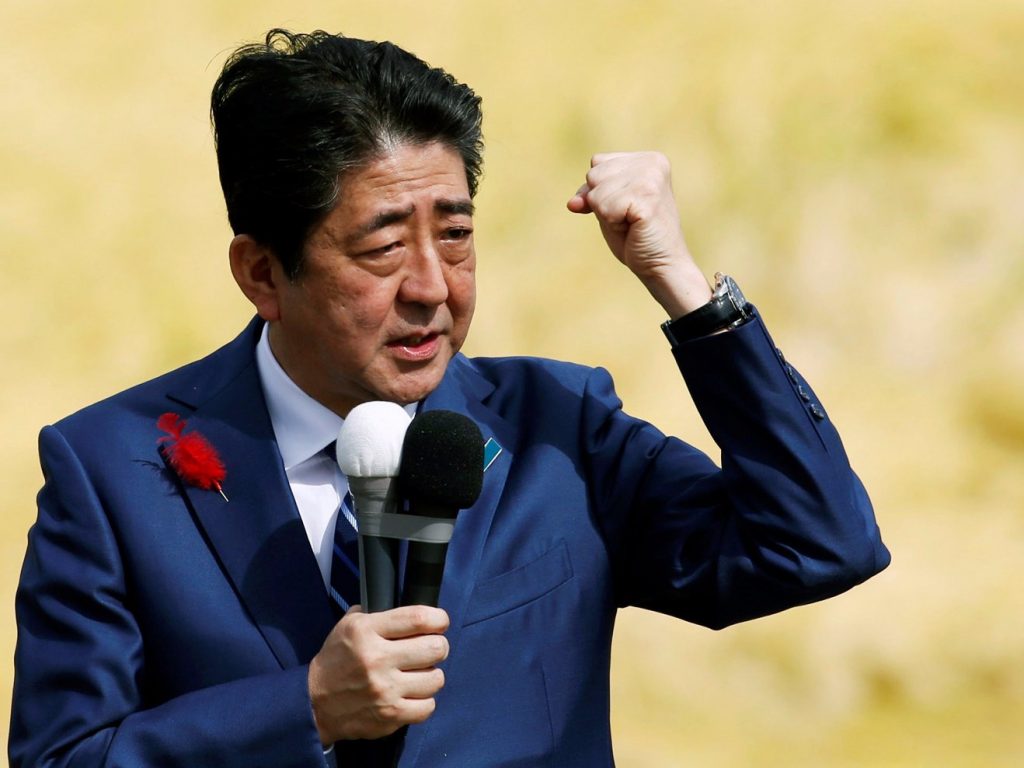 Bouncing back from the Japanese election loss will be challenging for Yuriko Koike. The Party of Hope slid back to 50 seats in the lower house from a pre-election strength of 57 (this figure comprised of defectors mainly from the Democratic Party). This was a disappointing result for a party tipped to become the largest opposition to the LDP—that position is now occupied by the Constitutional Democratic Party, formed by remnants of the Democratic Party and other centre-left candidates, which secured 55 lower house seats despite fielding far fewer candidates. The Party of Hope’s dramatic loss of momentum and poor showing in Koike’s political base of Tokyo will complicate Koike’s efforts to remain an influential figure in the new party as it seeks to secure a leader and future prime minister.

The LDP’s retention of its supermajority is significant for the party’s aspiration of amending the constitution. Revising Article 9 of the Japanese constitution, which forbids Japan from using war as a means to settle international disputes, has long been Abe’s cherished ambition. The LDP’s existing supermajority in Japan’s upper house means the party has the votes to initiate a constitutional referendum. Abe will likely announce a referendum with the aim of securing a constitutional amendment recognising the legality of Japan’s Self-Defence Forces—currently a legal grey zone—before the Tokyo Olympic Games in 2020.

But success is by no means assured. According to a survey by the Asahi Shimbun, 37% of respondents support revising article 9 while 40% are opposed. The North Korea issue and Abe’s handling of future aggression from Pyongyang will be critical to the success of the campaign.

The election win will bolster Abe’s prospects of securing a third term as LDP president which would, in turn, see him carry out the full term of his prime ministership. Any internal swing against Abe at the LDP leadership election, scheduled for September 2018, could theoretically cut short Abe’s tenure as head of government. Seiko Noda, the minister for internal affairs, has indicated her intention to run for party presidency. But this not a significant threat to Abe’spresidency as Noda said her aim “won’t be to defeat the prime minister [but to] showcase the LDP’s open democracy”. Accordingly, absent a return to approval ratings of 20%—which cannot be discounted—Abe will almost certainly retain the LDP’s presidency.

For now, Abe will look toward a new parliamentary session which could commence as early as November 1. While he has secured a fresh political mandate, he will need to continue to work adroitly if he is to reflate the economy and secure a consensus within the LDP on constitutional amendments to present to opposition parties by January 2018.