India-Pakistan relations are in crisis again. How close to nuclear war will the rivals go?

In May 2014, Narendra Modi became the first prime minister of India to be born after independence in 1947. In another first, he invited all heads of state from the South Asian Association for Regional Cooperation (SAARC) – which includes Pakistan – to his swearing-in ceremony. Pakistani Prime Minister Nawaz Sharif, elected after a democratic government completed a full term for the first time, accepted the invitation. Both leaders set a more conciliatory tone for South Asia’s most troubled relationship. Yet despite these auspicious beginnings, India and Pakistan are again at loggerheads. The souring of relations, exacerbated by references to their nuclear weapon arsenals, is unlikely to improve soon.

THE LEGACY OF PARTITION

The India-Pakistan rivalry began before 1947. As independence from British rule approached, the subcontinent’s Hindu and Muslim populations fought over the structure of their future country. Muslims in particular feared repression in a Hindu-majority state. The British solution was to split the colony into Hindu India and Muslim Pakistan (including modern Bangladesh). When partition began in mid-August 1947, communal violence broke out; up to two million died as they fled for safety in their religiously-designated countries.

The state of Jammu and Kashmir became a sticking point during the Partition. Although predominately Muslim, the region’s Hindu leader chose to accede to India. In response, Pakistani forces attacked, seizing roughly one-third of the territory before the Indian military responded. Both states still claim sovereignty of the entire Himalayan area.

Since then, separatist insurgents and terrorists in Kashmir, backed by Pakistan, have targeted Indian authorities. The flashpoint has twice erupted into war, in 1965 and again in 1999. International pressure has prevented conflict from escalating but the standoffs remain a constant source of concern, particularly given that both nations possess nuclear weapons.

This year’s flare-up began when the Indian army killed high-profile Kashmiri separatist Burhan Wani in early July. Islamabad described Burhan as a martyr for Kashmir’s independence and he was buried wrapped in a Pakistani flag. The killing, which occurred in the Indian-controlled sector of the disputed territory, also sparked a series of anti-government protests that have left over 80 dead and thousands injured.

In September, an attack on an Indian army base in the Kashmiri town of Uri escalated tensions along the disputed border, known as the Line of Control (LOC). 19 Indian soldiers were killed in the attack. New Delhi claimed the attackers were based in Pakistan and launched “surgical strikes” across the LOC, prompting Pakistan to put its forces on high alert.

Meanwhile on October 21, India’s Border Security Force (BSF) said it killed seven Pakistani soldiers after they directed sniper fire towards Indian positions to cover a militant infiltration of Indian-controlled Kashmir. Pakistan has denied the claim and accused India of unprovoked shooting across the LOC. Also on Friday, Islamabad banned all television and radio from India and threatened to shut down noncompliant stations. With relations going from bad to worse, the situation is not likely to stabilise soon. 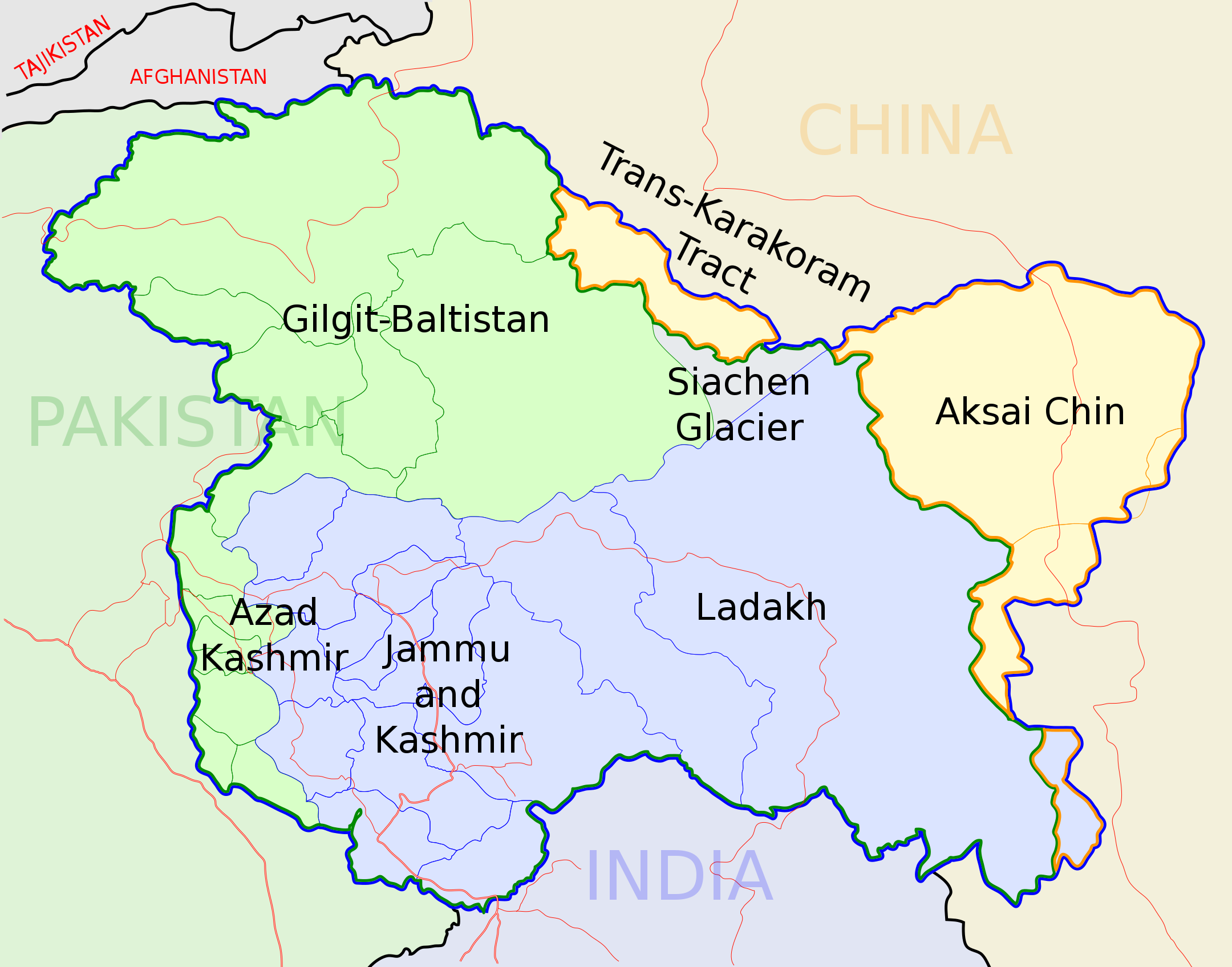 In the wake of the Uri attack, India has moved to isolate Pakistan diplomatically. After a speech by Pakistani Prime Minister Sharif at the General Assembly condemned New Delhi for human rights violations in Kashmir, India’s envoy to the UN labelled Pakistan a “terrorist state”. A month later, Modi used his position as host of the annual meeting of BRICS (Brazil, Russia, India, China, and South Africa) to condemn Pakistan as a “mothership of terrorism”. India also invited to the BRICS meeting the leaders from BIMSTEC, a South Asian regional organisation that excludes Pakistan, rather than the more inclusive SAARC.

Pakistan has responded to India’s attempt to isolate it with defiance. Along with Sharif’s offensive at the UN targeting India’s human rights, Pakistan’s de facto foreign affairs minister charged India with supporting insurgents within the Pakistani region of Baluchistan. The tit-for-tat strategy was intended to hold up a mirror to Indian hypocrisy and therefore give Islamabad political leverage, though Pakistan has provided little proof to support its allegation.

However, there is strong evidence to suggest that Pakistan supported the Uri attackers and few states have criticised India’s surgical strikes. With little other option for recourse, Pakistan has reverted to reminding observers it is a nuclear power, a dangerous rhetorical escalation.

Rising Hindu nationalism will complicate any efforts to bring the two states to the negotiating table. India’s ruling Bharatiya Janata Party (BJP) has been pursuing a Hindu-nationalist agenda, replete with patriotic rallies. Since it came to office, there has been a rise in violence against India’s Muslim population, usually concerning Muslims slaughtering cows, which are considered sacred to Hindus. Instead of condemning such actions, the BJP has fostered an environment that supports extremists by banning the consumption of beef in some states it controls; Modi himself has expressed support for a national ban. Domestic Hindu-Muslim rivalry inevitably bleeds through to India-Pakistan relations.

During the current crisis, Hindu nationalists have threatened media and entertainment organisations that do not conform to the government’s position, echoing claims by BJP officials that government critics are “anti-national”. Rashtriya Swayamsevak Sangh, a paramilitary group with ties to the BJP, has been at the forefront of these threats and has even accused government officials who have called for dialogue of being sympathetic to Pakistan. These popular sentiments limit New Delhi’s ability to cut deals with Islamabad.

India’s growing economic and military clout buttress the rise in nationalist sentiments. India has enjoyed constant if uneven economic growth for over 30 years and its economy is eight times larger than Pakistan’s. This has enabled New Delhi to invest in its armed forces, and Modi’s government in particular has pursued a military modernisation program, widening the conventional power gap between the rivals.

Islamabad has been unnerved by India’s growing might. With one-seventh of the population and a national budget smaller than India’s defence spending alone, Pakistan cannot match India on the battlefield. This inequality is only partially offset by Pakistan’s nuclear arsenal, as the two states can engage in brinkmanship under the threat of mutually assured destruction. Such a pervasive sense of insecurity, heightened ever since Indian forces helped Bangladesh gain independence from Pakistan in 1971, means Sharif cannot be seen conceding to Indian demands.

Sharif also has to contend with his own army. As the first prime minister elected after a peaceful transition between civilian governments, Sharif began his term with an advantage over the widely respected and politically active military. However, in 2014, anti-government protests led by key opposition leaders threatened to bring down Sharif’s government. Sharif was forced to turn to the military for help, and the crisis was averted after army chief Raheel Sharif (no relation to the PM) met with the two main protest leaders.

In return for the intervention, it is believed PM Sharif ceded security and foreign policy to his generals. The military perceives India as the country’s only external threat and refuses to appear weak in the face of India’s conventional advantage. In combination with a firm belief in Pakistan’s long military tradition, this will result in Pakistan taking a hard line during any negotiations with India.

Geopolitics also weighs heavily on decision-making in South Asia. Pakistan is a major non-NATO US ally and Islamabad’s assistance has been critical to the war in Afghanistan. However, growing evidence of Pakistan’s support for militant groups across the region has caused Washington to distance itself from Islamabad. Instead, the US has been courting New Delhi, hoping the South Asian power can counterbalance Asia’s other rising great power, China, with which India has its own disputes. In turn, Beijing has been reinforcing its “all-weather friendship” with Pakistan. These entangled relations will guide the international response to the current crisis.

Tensions between India and Pakistan will continue for some time. Modi and Sharif, previously advocates of normalisation, cannot easily correct the situation. To do so, Modi would have to disappoint the Hindu nationalists who brought him to office, and Sharif would need to stamp his authority on the military; though Sharif will replace the current army chief in November, there is no telling how his successor will act. Instead, the two countries will likely ride out the escalatory storm until the spectre of nuclear war forces them to resume dialogue. The attitudes of their populations, militaries, and allies will determine how close they come to the edge.