China-India relations will struggle to improve so long as Pakistan dominates their strategic concerns.

In late February, China hosted Indian Foreign Secretary Subrahmanyan Jaishankar in Beijing for the first India-China Strategic Dialogue. While high-level talks between the two nations are not uncommon, the dialogue was significant because it focused exclusively on three points of contention: Beijing’s reluctance to support India’s bid to join the Nuclear Suppliers Group (NSG), the China-Pakistan Economic Corridor (CPEC), and China’s obstruction of India’s efforts to list Kashmir-based militant Masood Azhar as a UN-designated terrorist.

The decision making of both countries is shaped by a complex interplay of issues, but the clear underlying factor tying together all three points of disagreement is Pakistan and the different position it occupies in the strategic calculations of India and China. The China-Pakistan relationship has been extremely close since the two countries began substantive military exchanges in 1966. However, India-Pakistan ties are much less cordial; regular hostilities over a territorial dispute in Kashmir, which has its roots in the partition of 1947, have defined relations. 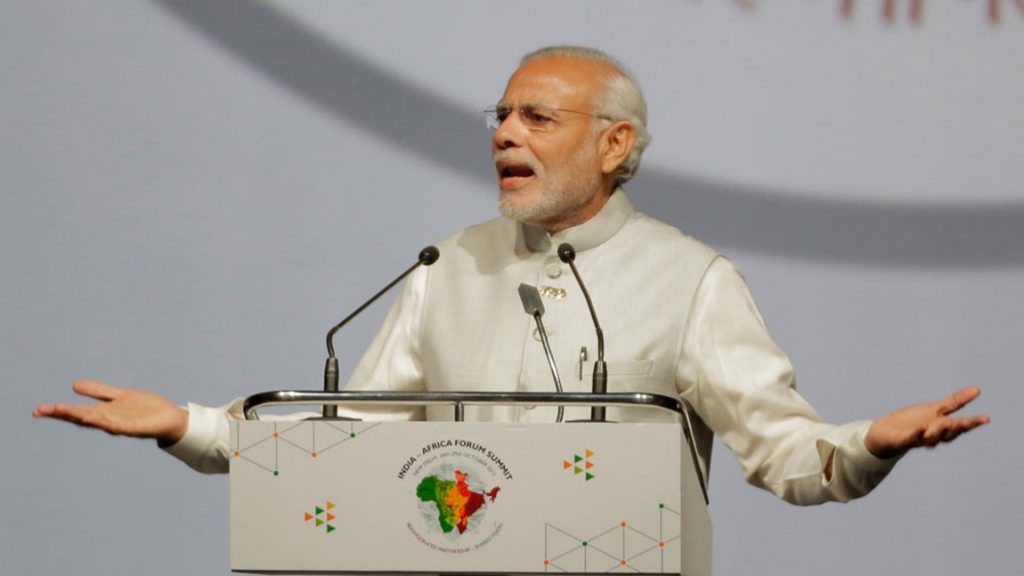 Washington has since lobbied NSG members for a positive vote regarding India’s application to the group, which operates by consensus. Crucially, however, China has remained defiant in its objection to Indian membership, which it sees as incompatible with maintaining good relations with Pakistan.

From Pakistan’s perspective, India’s accession to the NSG presents a potent security threat, as it would allow India access to both state of the art nuclear technology as well as larger quantities of foreign uranium. This would greatly expand India’s ability to develop a larger and more sophisticated nuclear arsenal. Because Pakistan links this issue inextricably to its national security, China has no choice but to oppose India’s membership.

A similar dynamic has emerged in Beijing’s repeated attempts to block the UN from declaring Jaishe-e-Mohammed leader Masood Azhar a global terrorist. While Jaish-e-Mohammed is listed as a UN-designated terror organisation, China has consistently blocked or stalled attempts to make a similar designation of the group’s leader. Beijing’s obstructionism has two goals. First, by vetoing any attempts to sanction Azhar, China aims to maintain friendly relations with Pakistan, whose support of the militant group is an open secret. Although Pakistan has made efforts to detain Azhar, his Kashmiri secessionism has made him useful to Islamabad, which hopes to one day see Indian-administered Kashmir merged into Pakistan. Second, continued instability in Kashmir helps to ensure strategic tension between India and Pakistan. This is important for Beijing because a permanent end to border friction would mean a stronger India and a more focused competitor for China.

Finally, New Delhi has expressed strong opposition to the CPEC. India’s main objection to the $54 billion infrastructure project is the route it takes through Gilgit-Baltistan in Pakistan-occupied Kashmir. Indian officials have stated that this challenges Indian sovereignty as New Delhi views the region as its own. However, another, less-paraded Indian objection to this initiative is the strategic flexibility it will give China. From China’s perspective, a land route through Pakistan potentially secures against one of the largest strategic threats China faces from India – its ability to cut off China’s sea lines of communication to the Persian Gulf, including its critical oil imports, which currently must traverse the Indian Ocean.

UPGRADED TALKS NO GUARANTEE OF PEACE Pakistan will remain an obstacle to improved relations between the world’s two most populous nations. While the official language coming out of the strategic dialogue spoke optimistically of a foundation to enhance strategic communication and build trust, that neither India nor China budged from their respective positions suggests that there is a long way to go until workable solutions are found to these impasses. The outcome is particularly ill timed, as a number of factors are likely to combine in the following months to make the security situation in South Asia particularly volatile.

In August, both India and Pakistan will celebrate 70 years of independence. Rising nationalist sentiment in both countries will likely peak around this period. Combined with increased political rhetoric surrounding independence celebrations, the anniversary will likely provoke skirmishes and low-intensity conflict in Kashmir.

A decisive win for the Bharatiya Janata Party in India’s largest state of Uttar Pradesh saw the appointment of Yogi Adityanath, a controversial Hindu cleric known for his strong anti-Muslim sentiment, as the chief minister. This may signal a doubling down on the party’s Hindu nationalist platform. At a federal level, the outcome may embolden Indian Prime Minister Narendra Modi to capitalise on any instability in Kashmir in order to rally Hindu nationalist support ahead of national elections in 2019. Furthermore, such tensions will play into the political manoeuvring of Pakistan’s Prime Minister Nawaz Sharif who, bolstered by improvements in Pakistan’s infrastructure and energy sectors, will soon begin campaigning for a fourth term in office. In order to buttress his credibility and chances of winning the 2018 general election, Sharif is likely to take a hard line stance against India.

This mixture of ceremony, nationalism and political opportunism will create a dangerous security situation in South Asia in the coming weeks and months. In this way, a breakthrough in India-China negotiations, especially on the CPEC issue, would be a way to release tension in the region. However, India’s decision to allow the Dalai Lama to visit Arunachal Pradesh – a region China claims as its own – will damage relations and weaken the likelihood of an India-China led regional détente before independence celebrations get underway in August.

For the time being, India, China and Pakistan will remain locked in an uneasy triangle of amity and enmity. Whether future dialogues between New Delhi and Beijing can work to resolve these core points of friction and help to secure a more stable security environment in South Asia remains to be seen.