China’s assertiveness in the South China Sea will result in the US trying to craft a regional response.

The dispute between China and its southern neighbours in the South China Sea intensified in 2015.

Beijing’s increasingly assertive policies toward the strategic maritime area, through which 40% of global trade passes, included more coast guard patrols and substantial land reclamation projects on shoals and reefs in disputed waters. Such activities have been viewed with suspicion in Washington and the region, culminating in the October 2015 Freedom of Navigation Operation in which a US cruiser sailed within the 12 nautical mile zone of an artificially built feature of the disputed Spratly Islands.

The Operation followed a series of showdowns between Chinese authorities and regional countries in the South China Sea. These included the expulsion of two Philippine vessels from the Spratly Islands by the Chinese coast guard, as well as confrontations between the Vietnamese navy and Chinese vessels in an area where China had been setting up an oil rig. While these confrontations did not result in an outbreak of violence, they strained relations between regional powers and China, with concern being expressed in ASEAN and other multilateral regional forums.

In 2016, the US will continue to lead opposition to Chinese activities in the South China Sea. Part of this opposition will include conducting further freedom of navigation operations while encouraging others, such as Australia, to increase military patrols in the disputed waters. However, more significantly, Washington will push for more regional cooperation to counter Beijing’s South China Sea policy. The Philippines, Vietnam and, to a lesser extent, Japan will be at the vanguard of Washington’s drive to mobilise this regional response.

Evidence of this has already begun to surface. Signed in 2014, the Philippines-US Enhanced Defence Cooperation Agreement will allow the US to maintain a more robust military presence in the archipelago. Meanwhile, the lifting of an arms embargo on Vietnam was quickly followed by a US pledge to provide the country with $18m worth of naval patrol boats.

2016 will also see efforts to implement the Trans-Pacific Partnership (TPP), a trade deal that involves Japan, Brunei, Malaysia and Vietnam – all of which are parties to the South China Sea dispute. (While the TPP was signed in late 2015 it is yet to be implemented as law by many states, a final step which will make the treaty binding.) The trade deal is increasingly seen in a security context, with its implementation a signal that Washington is serious about its ‘pivot to Asia’, together with its intention to develop and coordinate closer ties among regional allies in the face of Chinese expansionism.

Another development expected in the coming year will be the initial findings of the Permanent Court of Arbitration in a case brought by the Philippines against China’s South China Sea claims under the United Nations Convention on the Law of the Sea (UNCLOS). While the decision will not be conclusive, (Beijing has already indicated it will not recognise the outcome of the proceedings), it will play an important role in developing international norms of behaviour. The outcome of the arbitration will signal to regional and global powers the legal and normative acceptability of Chinese policies and could provide a foundation on which regional countries could base their responses to further Chinese assertiveness in the contested space. China’s response to any decisions emanating from The Hague will also be an important indicator of Beijing’s policy in the South China Sea in 2016 and beyond. 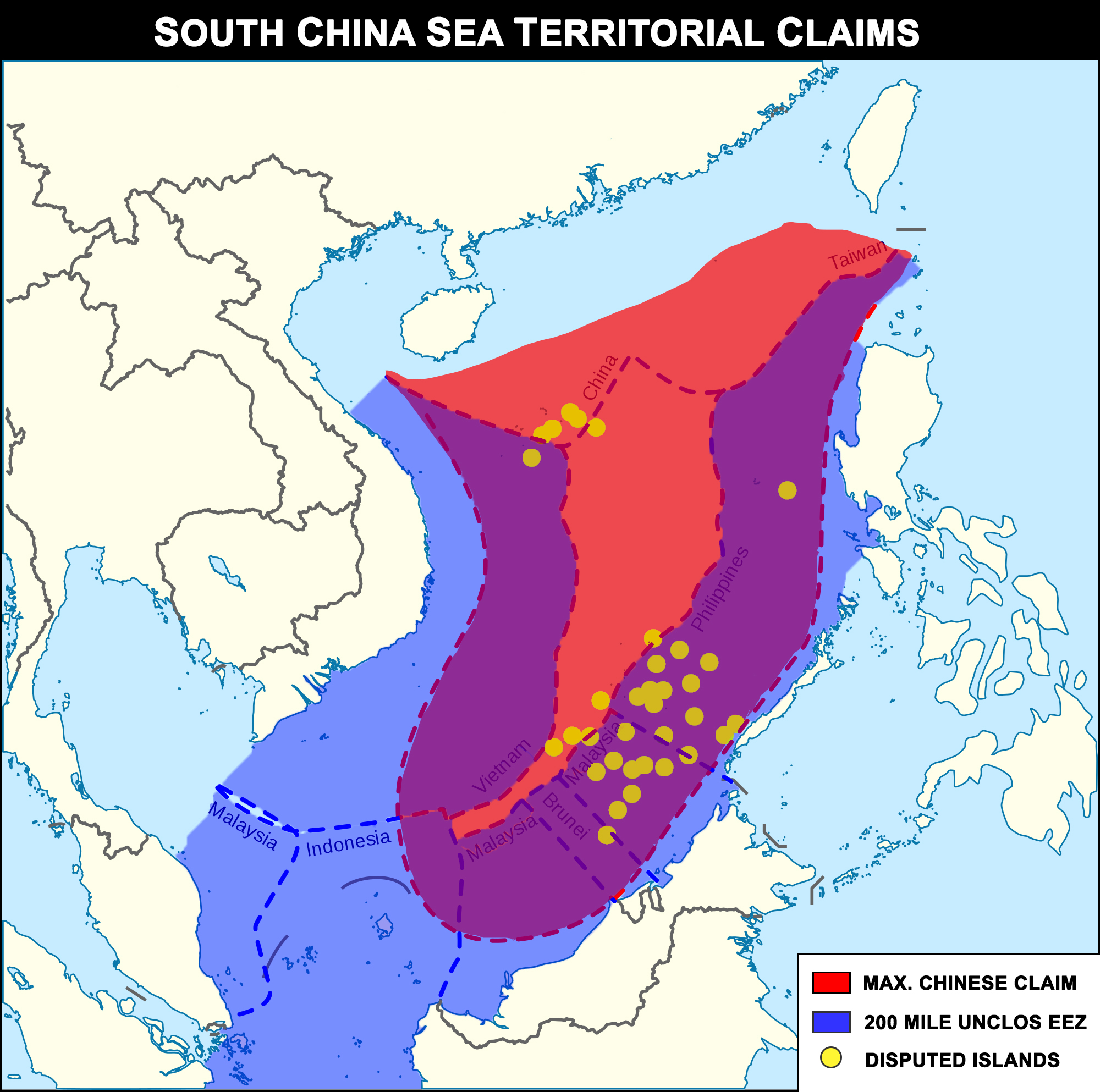