The changing face of Chinese investment in Myanmar

Chinese investment in Myanmar is making the government nervous – but it can’t ignore the assistance.

In 2009, construction began at the controversial Chinese-funded Myitsone hydroelectric dam in northern Myanmar. Beijing invested $3.6 billion in the project to power the nearby Chinese province of Yunnan, but progress suddenly halted in 2011 when the military government suspended construction. The announcement surprised Beijing, which has invested over $15 billion in Myanmar since 1985—$9 billion more than the EU, the next largest investor.

China is Myanmar’s largest trading partner, making up one-third of its total trade. China was also a key supporter of the military government, which only ceded power to Aung San Suu Kyi’s National League for Democracy (NLD) in 2015. Yet the very issues that kept the countries close now trouble the relationship. While the economic partnership looks set to continue, investment disputes such as the Myitsone Dam project suggest a new direction for this key regional relationship. 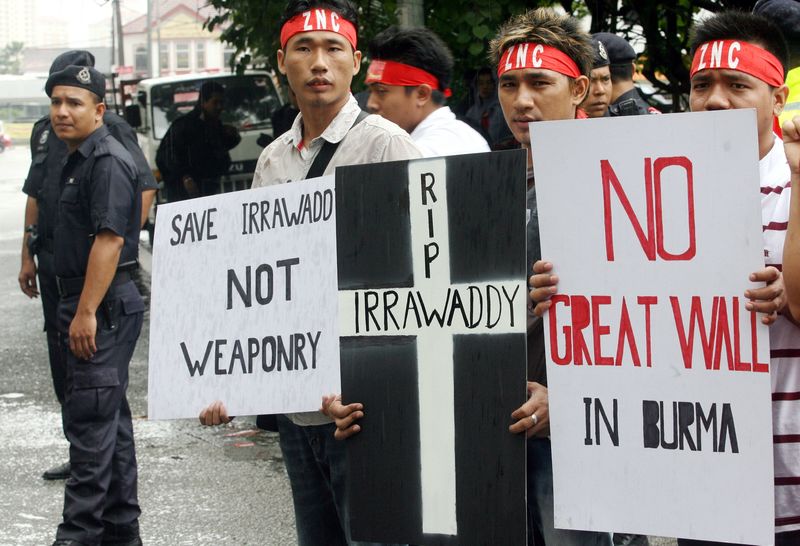 With its economy booming and domestic consumption rising, China was committed to the construction of the Myitsone Dam project, which would have been capable of producing an annual 29 billion KWh of power and was due for completion in 2019. The project’s suspension caught Beijing off guard, despite sustained domestic and international opposition over its environmental impact and forced resettlements, as well as rising anti-Chinese sentiment and the dam’s location on a historic river.

Suu Kyi—a vehement critic of the dam—has reopened dialogue with the project’s developer, the Chinese state-owned State Power Investment Corporation (SPIC), to resolve outstanding legal and financial liabilities should it be permanently cancelled. Aware of the NLD’s political and financial strain, China offered to scrap the dam project in exchange for preferential access to the southern Kyauk Pyu deep-sea port, where contracts to develop it have already been won by a consortium led by a Chinese state-owned company, CITIC. The port is of geopolitical significance to China’s ‘One Belt One Road’ (OBOR) policy, as it will provide Beijing with access to the Indian Ocean and improved maritime routes to the Middle East, Africa and Europe.

ENERGY NO LONGER PRIORITY ONE

Beijing’s primary reason for investing in the Myitsone project was to secure domestic energy needs; up to 90 per cent of the dam’s energy output was to go to Yunnan province. Though China was unprepared for the sudden halt in construction, Yunnan province currently has an energy surplus and, as a result, the Myitsone project no longer holds the same strategic or economic value.

Myanmar’s position is more tenuous. Despite strong growth and an influx of foreign capital, the country is in a precarious economic position; its infrastructure remains poor and Chinese financial assistance remains critical to public finances. Unsurprisingly, Suu Kyi indicated a desire to improve bilateral relations during an August 2016 visit to Beijing, her first foreign visit as State Counsellor.

Yet at the same time, Suu Kyi cannot afford to ignore domestic demands to cancel the dam project, a cause for which she herself campaigned. Putting the matter to bed has become increasingly important as the NLD has sought peace with the nation’s numerous ethnic militias, at least one of which has skirmished with government forces over the dam. Fortunately for Suu Kyi, China’s commitment to OBOR mean it’s unlikely to press for the project’s completion. But Beijing has looked to take advantage of the situation for its strategic benefit. 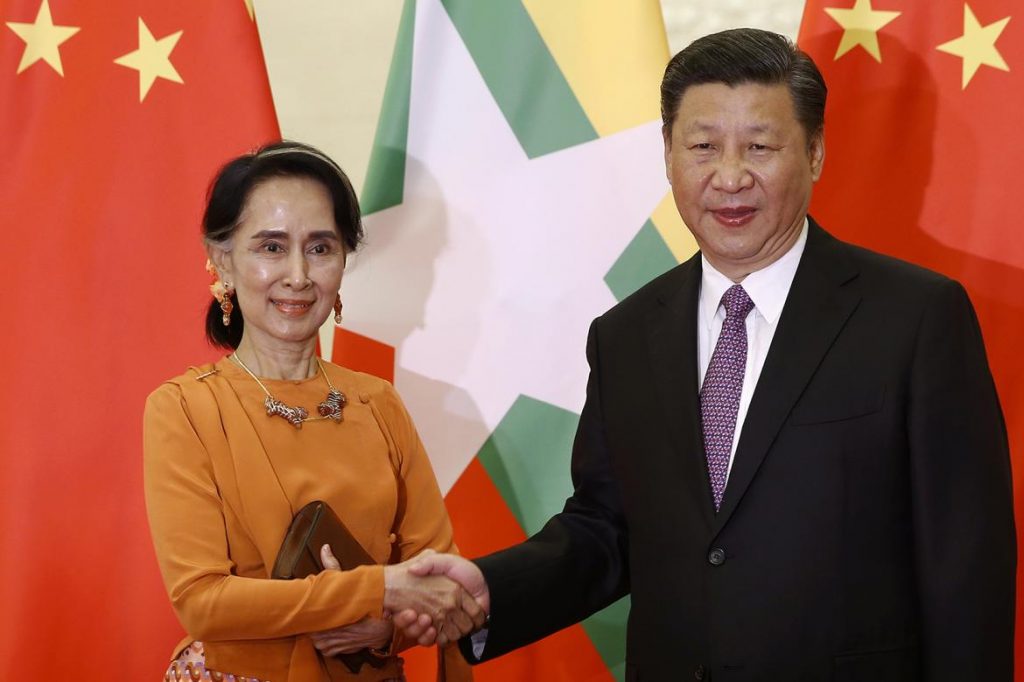 China currently imports almost two-thirds of its oil needs, a figure set to rise to three-quarters within a decade. Approximately 80 per cent of this oil passes through the Malacca Straight—a narrow chokepoint between Indonesia and Singapore—as well as the disputed South China Sea. OBOR’s maritime component is designed to diversify China’s trade routes and reduce its reliance on imports through Southeast Asia. This has made stable access to the Indian Ocean a priority and, in turn, Myanmar has become strategically important.

By developing the Kyauk Pyu port, China can avoid the South China Sea and build an oil pipeline from the Indian Ocean to mainland China, which will be able to transport 6 per cent of its total crude oil imports. Myanmar initially sought a 50/50 partnership in the port, but Beijing used its leverage with the Myitsone Dam to push back. It has reportedly demanded 85 per cent ownership, noting that CITIC already spent $800 million on the dam. Reluctant to refund such a large sum for a project that has been domestically opposed, Myanmar’s government has acknowledged the port as collateral. Beijing’s greater control will allow it to use the port for its own strategic purposes well into the future.

Strengthening Sino-Myanmar relations will serve to further distance Myanmar from the West. While the US has lifted long-held economic sanctions, there are still human rights concerns surrounding the treatment of the Rohingya minority and civil conflict in the northern regions. Ongoing instability and a complex and fragmented regulatory environment will create a risk that may restrict the flow of Western investment. In the absence of alternative capital, Suu Kyi will continue to turn to China to invest in the nation. Beijing will be more than happy to fill this void.

China’s financial assistance will ensure it remains the dominant foreign presence in Myanmar. Yet in a country already facing institutional crisis, reliance on Chinese investment will further weaken a fragile system. Chinese projects will focus on the extraction and energy sectors, leaving bureaucratic structures underdeveloped. Strategic projects such as the Kyauk Pyu port will meet some infrastructure demands but fail to create a large number of jobs. Large injections of capital, weak systems of accountability, and existing relationships between military figures and business elites in Beijing will encourage corruption. These outcomes could undermine Myanmar’s fragile democratic development.

World leaders and global business elites continue to view Myanmar as an economic darling. But while it remains reliant on Chinese investment, it will struggle to make the deep structural changes required to assert itself as a modern international player.