The US is re-engaging with South East Asia but China may already have greater influence.

On May 25, the USS Dewey sailed within 12 nautical miles of a Chinese artificial island in the South China Sea (SCS). It was the first US freedom of navigation operation (FONOP) since October 2016 and the first conducted under the Trump administration. US officials stated the Dewey carried out an exercise drill near the artificial island to demonstrate Washington does not consider the feature worthy of its own territorial sea.

China responded angrily to the FONOP and protested the US patrol for violating its sovereignty. Days later, two Chinese fighter jets carried out a dangerous intercept of a US aircraft over the SCS. This raising of tensions after a period of strategic quiet appears to signal the US is re-engaging with Southeast Asia. But its actions may come too late to challenge China’s growing regional influence.

FROM COURT TO COURTSHIP Last week’s FONOP is part of an on-going confrontation to decide the extent of China’s regional clout, and comes amid a broader power shift underway in the region. Earlier in May, the One Belt One Road (OBOR) forum saw Chinese President Xi Jinping present the centrepiece of his foreign policy agenda to the world stage in a tentative bid to test Beijing’s ambitions against the global reception. The forum attracted a significant congregation of heads of state including, remarkably, all but one member of ASEAN (Thailand did not attend). The success of the forum is in stark contrast to July 2016, when the verdict of the Permanent Court of Arbitration on the SCS dispute amalgamated opposition to Chinese irredentism.

Although China perceives the passage of US warships through territory it claims as provocative, Washington’s strategy is more nuanced. Foremost, as the Trump administration pursues ‘transactional diplomacy’, it has ostensibly sacrificed many long standing US values in favour of tactical adaptations to new and profound changes to the makeup of US interests abroad. This practice, particularly with regard to Southeast Asia and China, has translated into a weakened role for the US within trade and security guarantees. Where previously the US has acted instinctively to ensure safe shipping routes and the integrity of maritime borders the world over, President Trump has instead engaged this domain in a tacit trade-off to meet his priorities elsewhere.

As part of a bargain with China to resolve tensions on the Korean Peninsula, the Trump administration had withheld from conducting FONOPs in the SCS. China’s growing influence, as well as ASEAN’s dependence on the US as a power broker in the SCS, has left Southeast Asian claimant nations with little capability to fill the vacuum created by US recalibrations. As such, where previously Washington’s assertiveness on behalf of ASEAN partners had curtailed Chinese ambitions, the decline of US involvement in Southeast Asia is beginning to force the region to acquiesce to China’s SCS irredentism.

To further diminish the capacity of ASEAN members to oppose China’s occupation of the SCS, China’s OBOR initiative supplants hostility for cooperation on trade and development, underpinned by major influxes of Chinese capital. Planned developments in Laos, Myanmar, Cambodia, Thailand, and Malaysia are all set to aid the recipients with new investment. Importantly, this divide and conquer strategy targets nations where the benefits of opposition to China’s territorial claims some 1,500km away are relatively insignificant compared to potential gains available through cooperation at home.

On the outer edge of this approach, Vietnam, the Philippines or Indonesia will still clash with the odd Chinese fishing vessel in an effort to enforce their claims. Regardless, at this year’s ASEAN Summit in Manila, the association’s official communiqué was noticeably devoid of references to the dispute or of the concerns of these frustrated members. This disunity has undermined efforts to press joint opposition in the SCS, making it less likely that ASEAN itself will be motivated to continue confrontation. 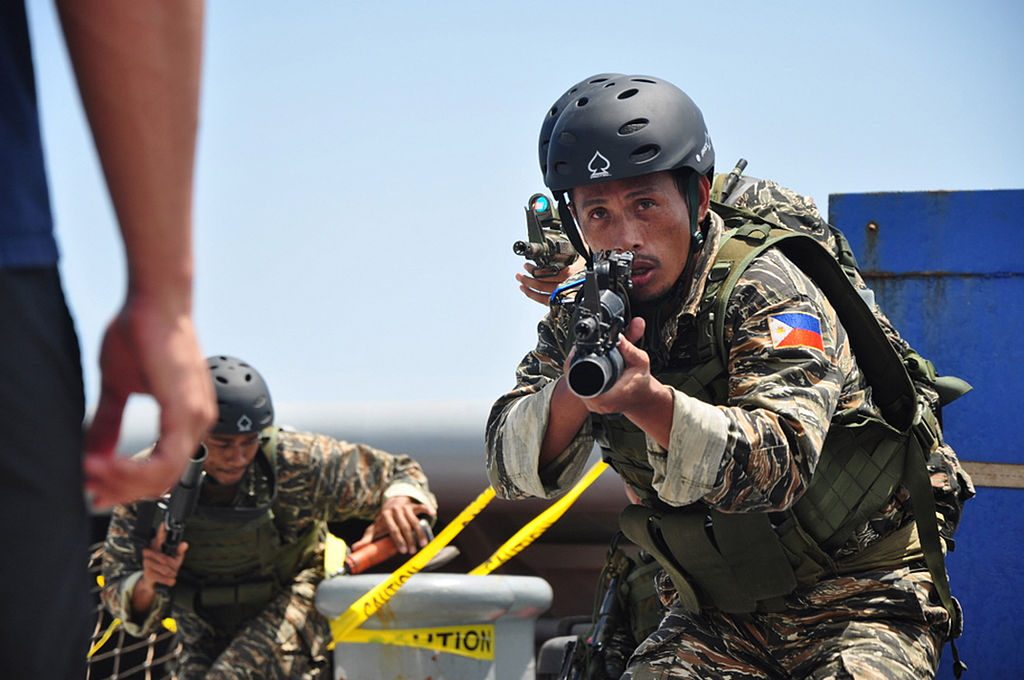 Yet confrontation is still possible as other sources of probable conflict may arise from within Vietnam, the Philippines and Indonesia. Their government’s may grow increasingly frustrated by China’s activities, especially if Beijing pursues an exclusionary strategy for future investment. In particular, populist nationalism, which has been employed by Philippines President Rodrigo Duterte and recently proved decisive in Jakarta’s gubernatorial election, could force the hand of regional leaders to defend their nation’s sovereignty regardless of consequence.

Conflict may also flare if Chinese militarisation undermines the freedom of navigation of other countries, including the US or its strategic partners such as South Korea or Japan. President Abe’s proposed revision of Article 9 of the Japanese constitution – which forbids Japan from using war as a means to settle international disputes – indicates the degree that these considerations are entering the regional focus.

Yet the delicate balance currently maintained by the US is undoubtedly proving useful in deterring the precipitation of conflict in what is a dangerous but awkward conflict zone. By neither fully endorsing ASEAN nations’ claims nor entirely prohibiting China’s militarisation, the US strategy is helping to ensure the perpetuation of China’s peaceful rise to power.

So long as China seeks only to pursue its broader ambition of regaining its position as the economic centre of gravity in Asia, the likelihood of military confrontation within this context will diminish. Beijing’s calculations for expansionism in the SCS have been successful thus far, such that it is unlikely to press further at the risk of exciting a greater conflict, one that it most certainly could not win. While the US remains a potent force in world affairs, the prospects for fully-fledged regional hegemony depend greatly on the course of future events. Whether this candour will be present when US Defence Secretary James Mattis addresses his Asia-Pacific partners at the upcoming  Shangri-La Dialogue on June 2-4 will be an excellent indicator of how that course will manifest.