In early April, Islamic hard-liners in the Indonesian capital of Jakarta held a massive rally against Governor Basuki ‘Ahok’ Purnama, a Christian of Chinese descent. The demonstration capped a tumultuous election campaign to decide Jakarta’s governorship for the next five years. Hard-line Islamic groups, protesting what they view as blasphemous rhetoric from the incumbent Ahok, wielded significant influence over the election’s result. Ultimately, Ahok was defeated by former education minister Anies Baswedan, who won on April 19 with 58 per cent of the vote.

The office of Governor of Jakarta is widely seen as a stepping stone to the presidency. The success of the hardliners’ preferred candidate and the rise of political Islam – a force previously considered to hold little sway in Indonesia’s democracy –  suggests moderate President Joko ‘Jokowi’ Widodo may struggle in his bid for re-election in the 2019 general election.

For many, the appointment of Ahok to the position of governor in June 2014 was symbolic of Indonesia’s robust pluralism and secular identity. Ahok’s candid and unfiltered style of leadership as well as his record for clean and decisive reform was well received by voters. 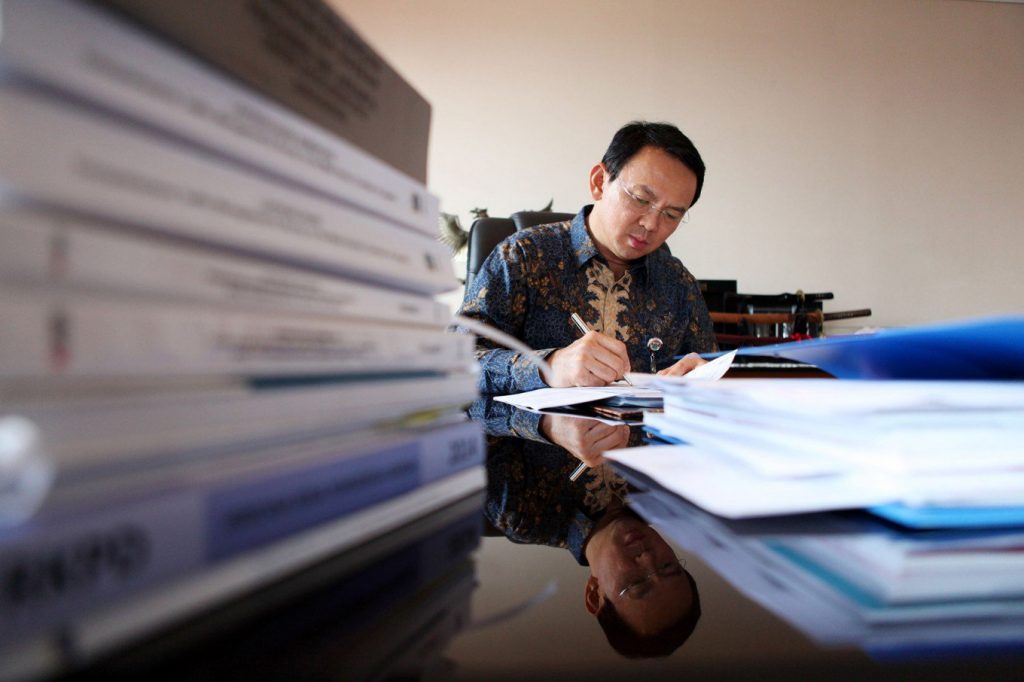 However, Ahok’s popular idiosyncrasies, his strong debate performances and his record as governor did little to halt a conspicuous reversal in public attitudes as conservative Islamic groups undertook an aggressive campaign to label Ahok as an ‘infidel’ unfit to lead. Initially, this approach did little to sway opinion. However, the tempo changed on September 27, 2016 when Ahok gave a speech in which he scrutinised a verse from the Islamic holy book Al-Maidah that has typically been interpreted as meaning Muslims should not be led by non-Muslims.

Following the release of an edited version of the speech, Ahok was accused of insulting Islam and declared a blasphemer by the National Ulema Council, Indonesia’s top clerical body. Under pressure from religious groups, police charged Ahok in late November under a 1965 law prohibiting blasphemy.

THE RISE OF POLITICAL ISLAM IN INDONESIA

With the end of Suharto’s ‘New Order’, the opening of Indonesian society, and the removal of restrictions on religious organisation and expression, Indonesia has experienced an increase in social conservatism, driven principally by a burgeoning interest in Islamic moral values. This movement has been deftly exploited by hard-line conservative Islamic groups that were, until now, not considered a potent force in Indonesia’s secular political space.

On November 4, 2016 an estimated 200,000 people descended on the presidential palace in Jakarta to protest Ahok’s alleged blasphemy. Planned and coordinated by several hard-line Islamic groups including the controversial Islamic Defenders Front (FPI), the rally resulted in dozens of injuries and one death. For many Jakartans, these rallies were a painful reminder of Suharto’s fall during which rioting in Jakarta turned into widespread anti-Chinese violence. The mass mobilisation is likely to have deterred many from voting for Ahok.

Hard-liners harassed individuals during their day-to-day life and intimidated members of the wider Muslim community online. Mosques erected banners stating that Ahok supporters would not receive funeral rites while threats of direct violence and rape over social media were used to intimidate voters.

Although Baswedan dutifully avoided aggressive identity based invective, a carefully executed dog-whistle campaign enabled him to court the Islamic groups targeting Ahok and benefit from their religious and identity based objections to his governorship. 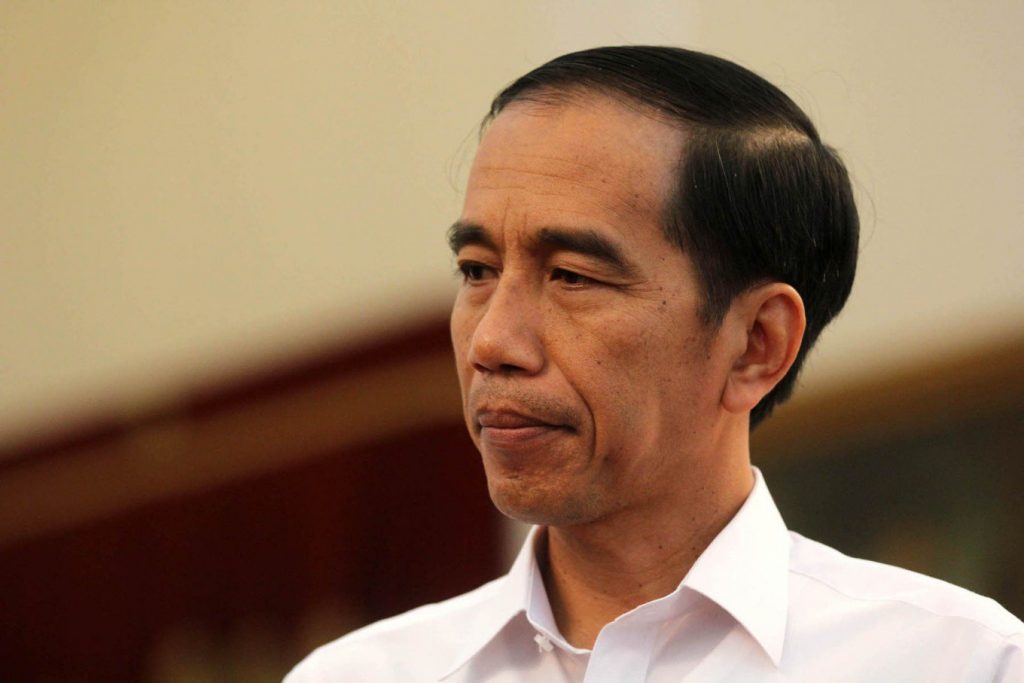 Though it is unprecedented in Indonesia for hard-line Muslim groups to wield so much influence over an election result, there is little to suggest that their alliance with Baswedan was anything more than a marriage of convenience. Nevertheless, the success of this identity based attack campaign will not be lost on mainstream politicians, who will seek ways to counter the popularity of president Jokowi ahead of the 2019 general election.

With Baswedan elected as Jakarta’s next governor, his backing party Gerindra is in good shape to field a successful candidate in opposition to Jokowi. Basweden himself could follow in the current president’s footsteps and leave the office of governor to run for the nation’s top job. However, it is more likely that Gerindra chairman and 2014 presidential candidate Prabowo Subianto will nominate himself for the role.

Another Prabowo tilt at the Presidency will increase the likelihood that identity based attacks will resurface as a means to leverage public opinion. Indeed, Prabowo has previously dabbled in such tactics in an effort to pander to Islamist sentiment. In 2014, his campaign team accused Jokowi of not being well-versed in Islamic religious matters, culminating in an accusation that Jokowi is a closeted Christian. Further, Prabowo defended the recent actions of the hard-line FPI, stating in an interview with Bloomberg that the organisation’s leader has ‘…defended the interests of the Indonesian public, upheld justice and saved our democracy and our future.’

Should Prabowo run again, he will likely position himself as the candidate most sympathetic to the interests of hard-line Islamist groups. But even in the absence of a political association – tacit or otherwise – Islamist groups such as the well-resourced FPI are likely to try to replicate the tactics used in the Jakarta gubernatorial election to influence the outcome of the 2019 general election.

Finally, the result of Purnama’s blasphemy hearing on May 9 will likely spark demonstrations either by those groups condemning his rhetoric or those that have vocally supported him over the course of his indictment. This risks an escalation of communal violence on the streets of Jakarta.

Regardless of the outcome, it is clear that Indonesia’s secular, tolerant and pluralist democracy has been dealt a blow. Ultimately, it will be up to Indonesia’s political elites to decide if political attacks based on religion and identity are embraced as the new normal or left as a tactic of fringe groups.