Rebels in northeast Myanmar are spoiling for a fight with the military. They may get their wish.

Myanmar has struggled with internal conflict since independence in 1948. After decades of repressive military rule, liberalisation in 2011 brought hope that a peaceful approach would take hold. These hopes were bolstered by the 2015 election of the National League for Democracy (NLD) and the subsequent proxy-presidency of Nobel Peace Prize recipient Aung San Suu Kyi. However, over a dozen ethnic armies continue to contest the central government’s authority. These entrenched ethnic tensions threaten to destabilise the country’s fledgling democracy and may encourage a resurgence of militarism. 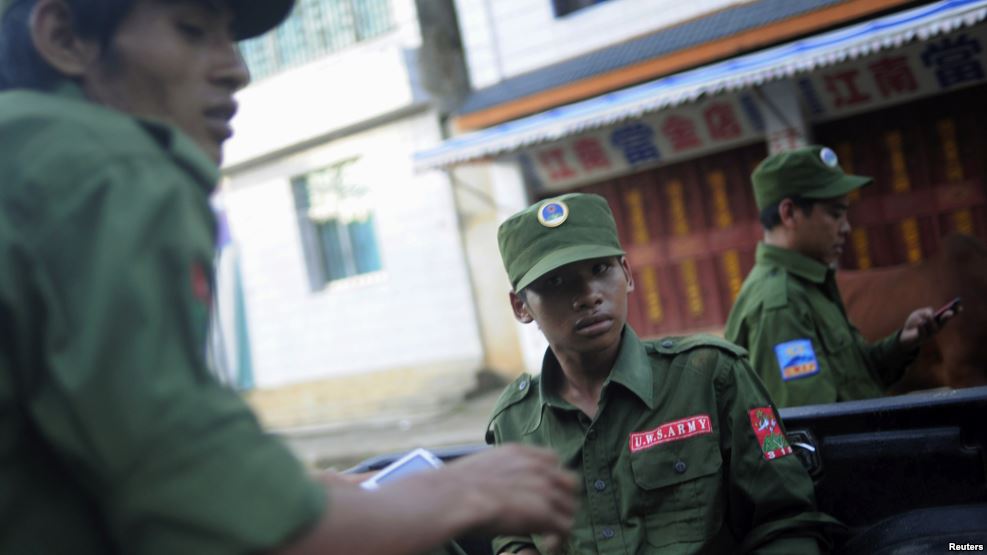 The most powerful of Myanmar’s ethnic rebel forces is the United Wa State Army (UWSA). Its size and desire for political autonomy make it the most serious threat to the NLD government’s attempt to reach a national peace.

The UWSA occupies two separate territories along Myanmar’s northeastern borders with China and Thailand. It defends these regions with roughly 20,000 to 30,000 troops – making it significantly larger than any other ethnic army – and it has access to advanced Chinese weapons through the black market and clandestine purchases from Chinese border units.

An uneasy ceasefire between the UWSA and the Myanmar government has held since 1989. Yet despite the relatively stable relations, the UWSA has been consistently unwilling to engage in further peace negotiations, preferring instead to maintain its quasi-independence.

The UWSA’s demand for an autonomous Wa State is a challenge for Myanmar’s negotiators. A de facto Wa state has existed since 1989 but the group claims it requires political recognition to preserve the areas cultural and political heritage, as well as security for the Wa minority. The government, and especially its civil-military authorities, are unwilling to meet the UWSA’s demand because it would undermine its strength and encourage other ethnic groups, like the Rohingya and the Karen, to push for independence.

The UWSA has found little sympathy for its cause in the international community due to its narcotics trafficking. In 2005, the US Attorney’s Office and the DEA announced the indictment in absentia of eight senior UWSA members on charges of heroin and methamphetamine trafficking. The UWSA’s unsavoury reputation as a notorious drug cartel has hindered its objective of achieving legitimate political recognition in the eyes of the international community.

A TIME TO TALK 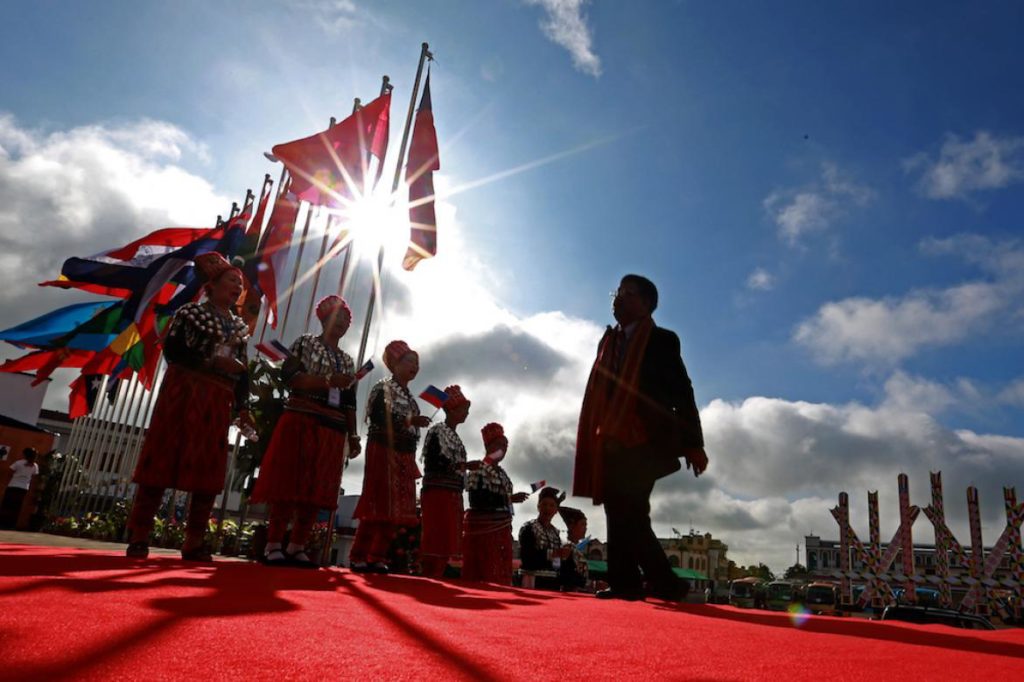 The UWSA represents a dangerous spoiler to the peace process because of its unwillingness to engage in constructive dialogue with government officials. In 2015, it refused to sign a Nationwide Ceasefire Agreement (NCA) and instead held its own conference with other non-signatories to discuss the text.

Its spoiler potential was illustrated again at the 21st Panglong Conference in August, which was perceived by many as a sincere attempt by the NLD government to bring the country’s ethnic rebels to the negotiating table. Yet the UWSA remained unsatisfied and its delegates walked out after just one day, claiming inequality at being issued ‘observer’ ID cards. The UWSA’s abrupt exit cast a shadow over the conference that it struggled to dispel.

Following the Panglong Conference, the UWSA split with one of its former allies (a group that had reacted positively to the talks) and seized several of their bases. The incident caused civilians to flee the area. Myanmar’s military, the Tatmadaw, demanded the UWSA units withdraw by October 24, but the rebels called their bluff and held their positions. Although the UWSA presence had reduced significantly by November, its relationship with the Tatmadaw remains tense. 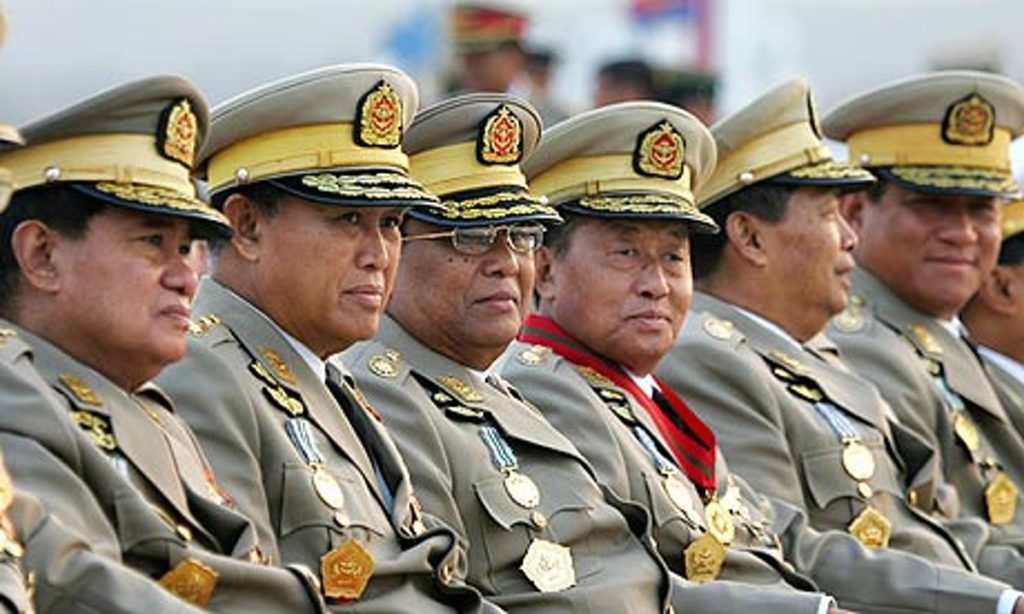 The impasse between officials and the UWSA ensures uncertainty for the prospect for peace. If the group remains unwilling to compromise on autonomy, it will likely encourage a belief within the Tatmadaw that repression is the only viable solution.

If the Tatmadaw pursues this policy, it would severely threaten Myanmar’s peace process. An offensive against the UWSA would require more resources than any past operation and even with the military’s full might, victory cannot be guaranteed. Failure to defeat the UWSA quickly could see the group co-opt other ethnic armies into joining the conflict, presenting UWSA as a crusader for ethnic national autonomy.

Such an escalation would also undermine the NLD government’s legitimacy. Aung San Suu Kyi’s government has drawn criticism for failing to implement key election promises. The outbreaks of communal violence targeting the Rohingya in Rakhine state and renewed fighting in Shan and Kachin states have illustrated her failure to implement the national ceasefire, which she stated was the government’s top priority. Continued stagnation of the peace process would further destabilise the civilian government. An increasingly frustrated military, which still wields considerable political clout, may again seize power.

There may also be international ramifications of a Tatmadaw offensive against the UWSA. Chinese authorities have long propped up the group, largely through the supply of arms, to ensure it has sufficient capabilities to deter a ‘crush’ strategy. Such an offensive would press UWSA forces against the border and prompt thousands of civilians to flee into China.

In 2009, low-level conflict in the region drove 30,000 refugees into China. Beijing deployed reserve border units to contain the spillover and Chinese envoys sent a stern message to Myanmar’s government, expressing their anger at not being notified of the Tatmadaw operation. Chinese authorities also warned Naypyidaw to contain conflict in the border region.

Fighting between the UWSA and the Tatmadaw today could result in the displacement of hundreds of thousands of civilians. China is keen to avoid the significant burden the refugees would place on local authorities, as well as the threat they would pose to border security. However, the sheer scale of such a conflict could force China’s hand, compelling it to intervene to ensure a quick resolution.

A military intervention by China would severely strain relations between the two countries and threaten existing cross-border infrastructure projects as well as further destabilising border security. Regardless of Beijing’s intention, the escalation would be unprecedented in Myanmar’s history and could bring the peace process to a grinding halt. This would again imperil Myanmar’s fragile democratic liberalisation, on which the hopes of its 53 million citizens – and regional stability – rely.