Is Israel backing jihadists in Syria?

Israel doesn’t want jihadists to prevail in Syria, but it does want them to keep fighting.

Despite conspiracy theories, Israel does not want jihadists to prevail in Syria – but it does want them to keep fighting.

Western coverage of the Syrian conflict has largely overlooked allegations that Israel is backing jihadists fighting in Syria. Middle Eastern leaders have a history of blaming domestic unrest on such conspiracies – particularly when Israel is involved. Although conspiracies of Israeli support for Al Qaeda and ISIS are largely hyperbole, the country’s posture towards the Syrian conflict and its relations with jihadi groups deserve closer inspection.

The dominant depictions of Israel’s approach to the Syrian conflict have been that of a ‘passive’ or ‘cautious and limited’ actor. Another assertion has been that the Syrian war, and the Arab Spring more generally, has posed a serious threat to Israeli security.

However, recent comments by Israeli officials have fuelled allegations of the country’s complicity in jihadist activity. Speaking at the influential Herzliya conference in June, Israel’s military intelligence chief, Major General Herzi Halevy, recently characterised the containment and defeat of ISIS as a “negative” outcome for the State of Israel. Halevy’s statement followed Israeli Defence Minister Moshe Ya’alon’s declaration that, given a choice, he would rather deal with ISIS than Iran.

At first glance, these statements suggest that Israel may be seeking a jihadist victory in Syria and is not in fact torn between supporting the devil they know in Bashar Al Assad or the devil they don’t (assorted jihadists).

Notably, Israel has acted in favour of Jabhat Al Nusra and other opposition groups throughout the war. Israeli intelligence has provided material and logistical support for Jabhat Al Nusra in the Golan Heights and along the southern front. Meanwhile, the Israeli air force continues to launch targeted strikes against Hezbollah and Syrian army installations throughout southwest Syria.

While Israel has supported some jihadi groups against the Syrian government and its allies, this does not mean Israel wants ISIS, Jabhat Al Nusra or other jihadists to win – but it does want them to stay in the fight. The Israeli leadership is determined to prevent the Syrian government emerging victorious with Hezbollah and Iran on either shoulder.

Defence Minister Ya’alon believes ISIS is an easier foe than Iran, while Israel’s military intelligence chief says Israel is concerned about the possible withdrawal of superpowers from the region after the defeat of ISIS. It appears Israel wants to avoid large-scale involvement in the war and let Russia and the United States mediate a future outcome in Syria.

Prolonging the Syrian conflict – by supporting the most effective opposition groups – jihadist – and preventing a regime victory has the effect of keeping Russia and the US engaged in the region and Hezbollah and Iran preoccupied. Meanwhile, the war degrades the Syrian government’s military capability and position as a player in the Palestinian peace process.

Fundamentally, Ya’alon’s statements discredit the traditional view that Israel’s security interests lie with the victory of the more predictable, secular Assad regime rather than jihadists. This argument asserts that a Syrian government victory would be preferable to Israel to prevent Sunni jihadists capturing heavy weapons and directly threatening the Israeli homeland. This line of thinking defies logic and historical precedent.
This new line of thinking defies historical precedent and, some say, logic. 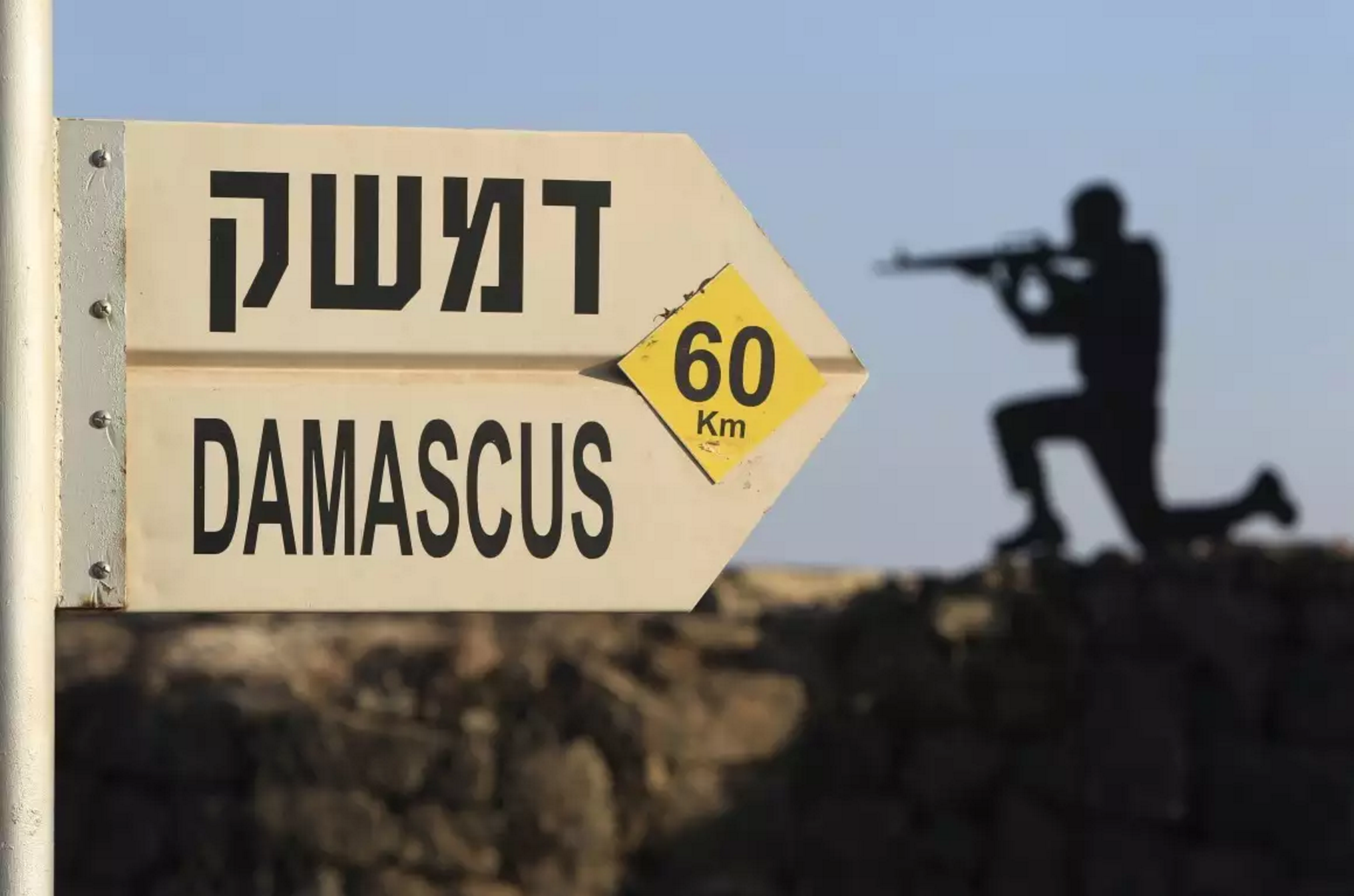 Israel says it reserves the right to do whatever it takes to preserve its national security. Israeli leaders did not hesitate to strike inside Syria, even during peacetime when it detected events that threatened its interests – such as weapons transfers to Hezbollah or nuclear development.

The fall of the Syrian government would likely provoke immediate intervention by major players, including Israel, to destroy known weapons caches and offensive capabilities before jihadists could capture them. Israel’s military power is unrivalled in the region. Its border with Syria is small and well defended and the Islamist forces it would confront have so far struggled to defeat Syria’s much depleted and technologically inferior forces.

There is ample evidence – reported by the UN in September 2014 – that Jabhat Al Nusra is already operating extensively throughout the Golan Heights and has received significant support from Israel. This is not something Israeli intelligence would engage in if it calculated the risk of blowback to be significant.

Israel is also in a stronger moral and diplomatic position when it confronts ‘Islamist terror’ as opposed to secular Arab leaders. Therefore, having Syria fall to rampaging jihadists would relieve Israel of any need to engage in negotiations with Syria in Golan, Hezbollah or Palestine. This was the similar logic used in Israeli defence circles to justify early Israeli and US support for Hamas. 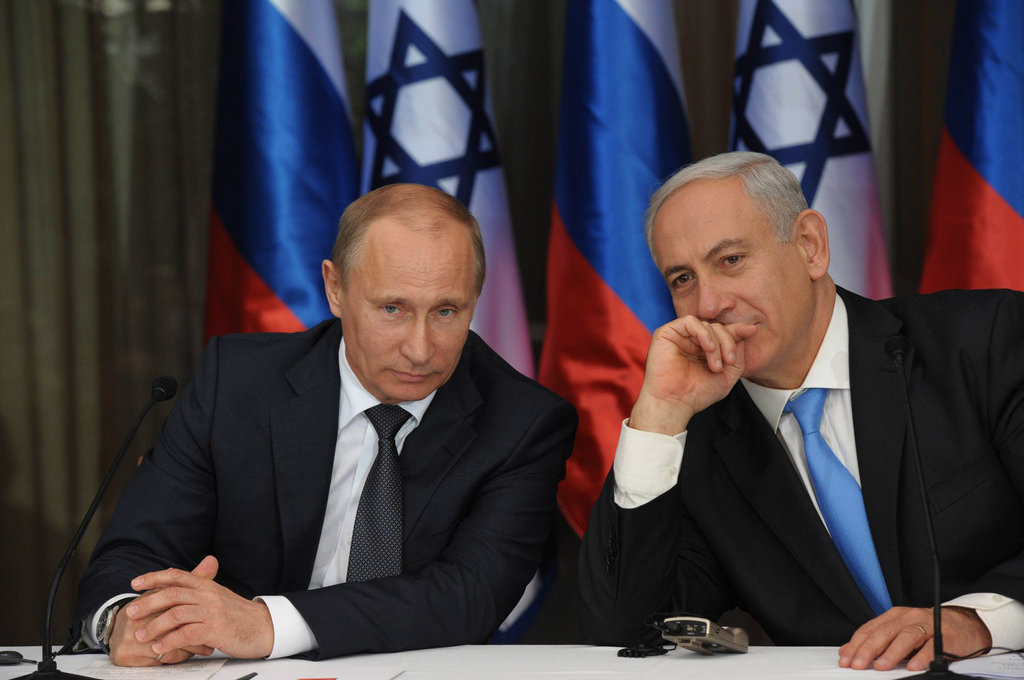 Israel’s biggest asset in relation to its Syria policy is its distance from the all-in stances of other regional and global powers. Israel is not tied to the Turkish, Saudi, American or Russian positions on Syria. This allows Israel to manoeuvre between partners in pursuit of its interests, as it demonstrated by becoming one of the first regional powers to coordinate with Russian air operations over Syria.

Close Russian-Israeli cooperation on security matters is not surprising given the strong trade and political links between the two, which have been unaffected by the Syrian conflict. Indeed, Prime Minister Netanyahu welcomed Russian interest in Israel’s Leviathan offshore gas development after a meeting with President Putin in June. As it now seems, the Iran-Syria-Hezbollah axis will not be broken anytime soon; Israel may use its channel with the Kremlin – which has the ear of the Syrian regime and Tehran – to limit threats from Hezbollah and Iran in any post-conflict deal.

Other partnerships are also waiting in the wings, giving Israel many options in dealing with future Syrian ambitions. Early decades of Israeli foreign policy featured strategic partnerships known as ‘alliances of the periphery’. This entailed forging alliances with regional non-Arab players – Turkey, Iran and an assortment of Kurdish groups, among others – in order to keep options open and avoid blockade.

While today Iran has dropped out of this equation, Israel retains links to other players. It has finally restored relations with Turkey following the 2010 Mavi Marmara debacle, while Israeli ties to the Kurds are long-standing, complex and influential. A possible reason for Israel’s relative quiet over Syria of late is that, with Kurdish groups and Turkey highly engaged in the Syrian conflict, Israel is waiting to direct any ambitions for Syria through these channels rather than from the southwest.