A high treason trial, a refugee dispute and international politicking is putting Windhoek on edge.

A drawn out high treason trial and self-interested pressure from both Morocco and Botswana is bringing Namibia’s restless Zambezi Region back into the spotlight.

– Windhoek may face renewed unrest in the Zambezi Region (formerly the Caprivi Strip) if the Namibian government persecutes “Caprivian” refugees returning from Botswana.
– As unrest in southern Africa increases, Namibians are likely to see tightened domestic security and increased surveillance of individuals and groups suspected of undermining regime security.
– Namibian support for the independence of Western Sahara will increase tensions between Morocco and Windhoek as the former agitates for the independence of Namibia’s Zambezi Region.

BETWEEN DIPLOMACY AND REGIME CONSOLIDATION

Eight men are currently standing trial on counts of high treason over suspected involvement in the failed 1999 secession of Namibia’s Zambezi Region, formerly known as the Caprivi Strip. Purportedly members of the Caprivi Liberation Army that sought to oust the Namibian government between 1998 and 1999, the men are challenging Namibian courts’ jurisdiction, claiming that at the time of the alleged offences, they did not owe Namibia any allegiance. They hold that the Zambezi Region is not a part of Namibia.

At the same time, the Namibian Prosecutor General’s Office is looking to appeal the acquittal of 41 men formerly accused of the same high treason charges. The appeal trial will likely be heard in June 2018, fourteen years since the main high treason trial commenced. The ongoing proceedings demonstrate that regime security is a high priority for the Namibian government in Windhoek.

Next door, Botswana is eager to repatriate Namibian refugees who fled conflict arising from the failed secession. Botswana has housed roughly 2,500 refugees at Dukwi Refugee Camp since the late 1990s. The push for repatriation is partly out of belief that Namibian refugees’ reasons for fleeing have since disappeared. But declining revenues from Botswana’s beleaguered mining sector, the country’s increasingly poor economic performance and UNHCR cuts are also driving repatriation sentiment. Namibia’s South West Africa People’s Organisation (SWAPO) government is also committed to repatriating the 884 Namibians still at Dukwi, and it assures the international community that the refugees will not face persecution upon returning to Namibia. However, such assurances have not allayed fears among the potential returnees, particularly in light of the ongoing high treason trial.

To the north, tensions are high in Namibia-Morocco relations as Rabat threatens to open an investigation into Windhoek’s jurisdiction over the Zambezi Region. On June 5, Namibian President Hage Geingob revealed that Morocco plans to pass a motion allowing the investigation to go forward. Morocco’s recent readmission into the African Union (AU) has not enjoyed wide support from Southern African Development Community (SADC) member states, with South Africa, Zimbabwe, Namibia and Botswana opposed to the decision. Governed by former liberation movements, each of these countries pledges solidarity with the people of Western Sahara and believes Morocco is a colonial power that needs to accede to Saharawi independence.

The SWAPO party state is, therefore, engaged in a delicate diplomatic balancing act.

HOW DID NAMIBIA GET HERE? 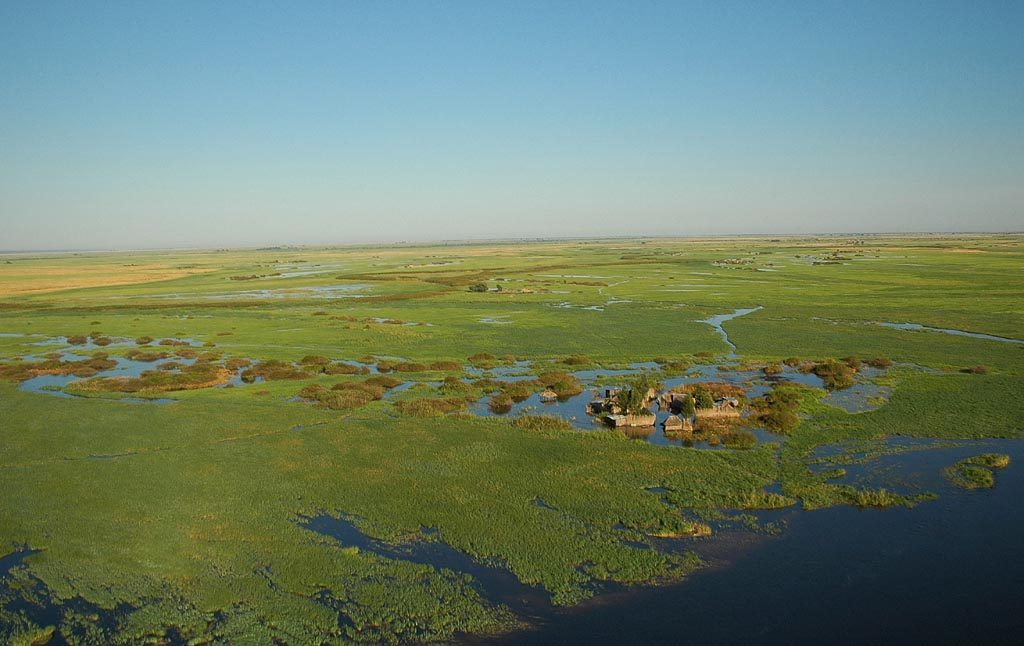 Namibia was a German colony from 1884. It was subsequently occupied and administered by apartheid South Africa after the First World War. With the formation of the UN, South Africa refused to relinquish its administration of the territory, leading to the emergence of SWAPO in the late 1960s as an anticolonial armed liberation movement. Continued challenges to South African rule eventually resulted in Namibian independence on March 21, 1990.

Namibia inherited the “Caprivi problem”, which posed a significant challenge to SWAPO’s attempts at regime consolidation. The result of arbitrary territorial deals between Germany and Britain, the Caprivi Strip (named after the German Chancellor von Caprivi) was declared a German possession in 1890. The creation of this thin slice of territory, a panhandle in Namibia’s northeast, was motivated by the German Empire’s desire for access to the Zambezi River. The Caprivi Strip remained politically detached from the rest of (German) South West Africa, a legacy felt in post-independence Namibia where centralised SWAPO rule exacerbated existing divisions and eventually resulted in the failed Caprivi secession in 1999. Today’s ongoing high treason trial is part of ceaseless efforts to strengthen SWAPO rule.

SWAPO’s support for the independence of Western Sahara is due to its identity as a governing liberation movement, where anticolonial nationalism serves an important regime consolidation function. However, Morocco’s threat to challenge the SWAPO party-state’s jurisdiction over the Zambezi Region reveals the contradictions inherent in SWAPO’s anticolonial nationalist rhetoric. Morocco is challenging the basis on which SWAPO rule is maintained to encourage Windhoek to cease support for Saharawi independence.

Meanwhile, Botswana’s push to repatriate Namibian refugees also aids regime consolidation efforts as the ruling Botswana Democratic Party (BDP) seeks to insulate itself from southern African regional instability. The pressure is on with no side willing to compromise its position. 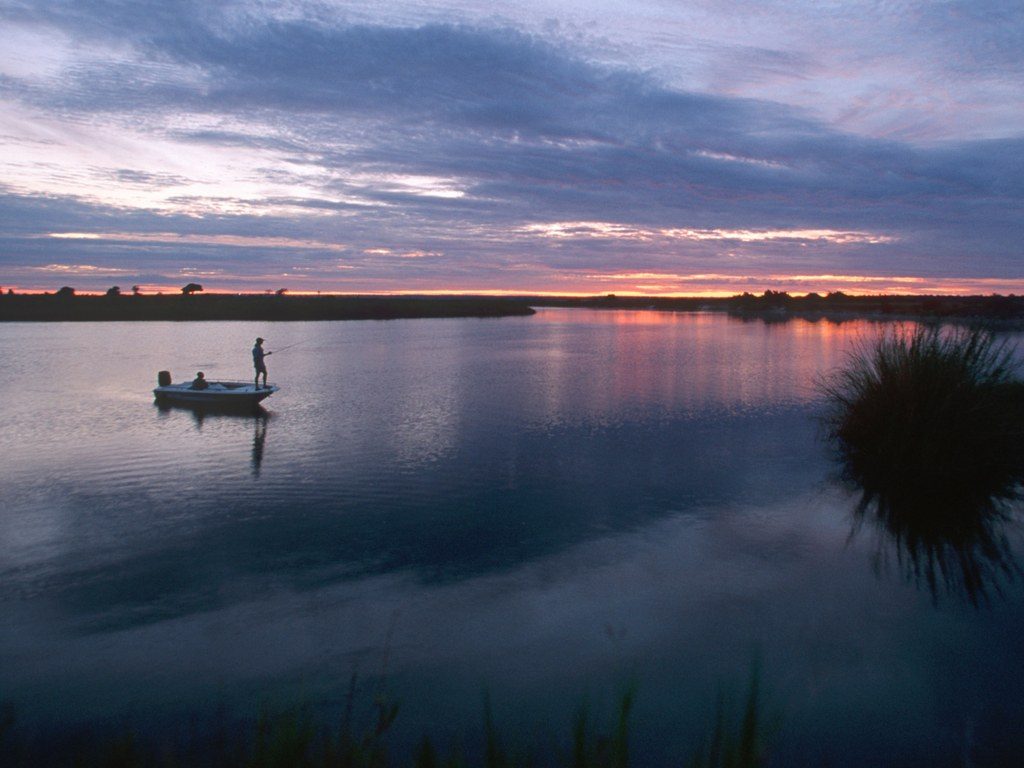 The Namibian government will likely continue trying the eight men facing high treason charges. In addition, if the trial appealing the acquittal of 41 men formerly accused of the same high treason charges goes forward in June 2018, Namibians can expect tightened domestic security and surveillance of those suspected of undermining regime security. While the likelihood of citizen action against the government (including secessionist agitation) is low, the SWAPO regime will take the necessary action to ensure its security.

The 884 Namibian refugees remaining at Botswana’s Dukwi Refugee Camp have reason to be concerned about their safety. The Caprivi trial is a testament to this; returnees may be viewed as potential secessionist agitators and subsequently tried. Reluctance on the part of the refugees to return to Namibia contrasts with eagerness on the part of both the SWAPO and Botswana governments and failure to transfer the refugees could see diplomatic tensions increase between the two traditional allies. However, any domestic instability as a result of their return to Namibia will most likely be due to a potentially heavy-handed welcome by the SWAPO regime.

To the north, Morocco will continue exerting pressure on Windhoek to cease support for Saharawi independence. This is likely just a scare tactic on the part of Rabat; undertaking such an investigation would compromise Morocco’s standing in the AU as Rabat has few friends in southern Africa. Regardless, Windhoek is unlikely to cease support for the independence of Western Sahara, lest it undermine the anticolonial nationalism on which it depends for regime consolidation. Tensions will likely continue to mount between these AU members.

As it stands, Namibia is another chapter in the ongoing saga of increasing southern African unrest.