Budget cuts, the distractions of the War on Terror and increasingly outdated doctrine are tipping the military balance towards China.

American military dominance in East Asia is eroding far more quickly than most realise. Budget cuts, increasingly outdated doctrine and the distractions of the War on Terror are tipping the military balance ever more towards China. Some wonder how this can be when Washington still spends almost three times as much as Beijing defence. The US has also long enjoyed undisputed technological supremacy. Surely it would soundly beat China in a war.

China cannot hope to beat the US at its own game – its navy and air force are no match for their American counterparts in the open Pacific. Beijing realised this two decades ago and has since built up its asymmetric capabilities so it can sidestep Washington’s conventional dominance.

In 1996, China – irritated by Taiwan’s independent-minded behaviour – attempted to coerce its island neighbour by ‘testing’ missiles close to Taiwanese ports. The US found this unacceptable and sailed two aircraft carrier task forces into the area. The Chinese military was hardly able to locate the two carriers, much less target them, which painfully demonstrated its inability to counter US intervention in favour of Taiwan. Beijing was forced to back down, but it learned from its humiliation.

China knows that for the US to be able to protect its allies in the event of conflict, it has to operate relatively close to China’s coast to get within striking distance of Chinese forces. Neutralising China’s war-making capacity also involves taking out the infrastructure used to link, command and control its forces, much of which is land-based. For the US to be able to do this, it must put its forces within range of China’s defensive umbrella, which has expanded massively since 1996.

Today, China wields a sizeable, advanced missile arsenal. It includes 1,400 ballistic missiles, hundreds of cruise missiles, and thousands of anti-ship and anti-aircraft missiles mounted on surface and air fleet assets. These missiles also threaten US bases in Japan, the Philippines, and increasingly even Guam. Chinese attack submarines – which in 1996 were obsolete, noisy, and vulnerable to detection and attack – are now quiet and can credibly threaten US ships. Although the Chinese air force is still less advanced than its US rival, it has scores of ‘unsinkable aircraft carriers’ (airbases on land) that could conceivably overwhelm carrier-based fighter wings through sheer numbers. Hangars and runways can be rebuilt; aircraft carriers cannot be un-sunk. 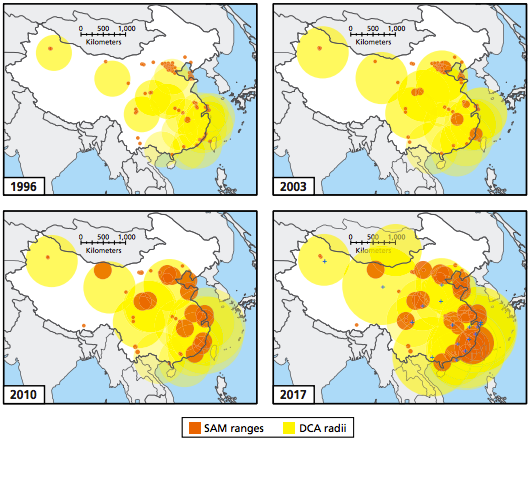 Sailing two aircraft carriers close to Taiwan would now bring them within range of a staggering number of Chinese weapons systems. This strategy of “anti-access, area denial” (A2AD) aims to deter American ships from venturing close to China’s coast and deny them the ability to remain there if they attempt to approach. The closer to China that American forces operate, the more losses they will suffer, and Beijing is steadily pushing that danger zone further east.

A 2016 RAND Corporation war game report on a hypothetical Sino-American conflict found it unlikely that either side would win a decisive victory, though China would fare worse. However, the same report also states that by 2025 the wartime stalemate would become far more equal: the US military advantage is quickly eroding. 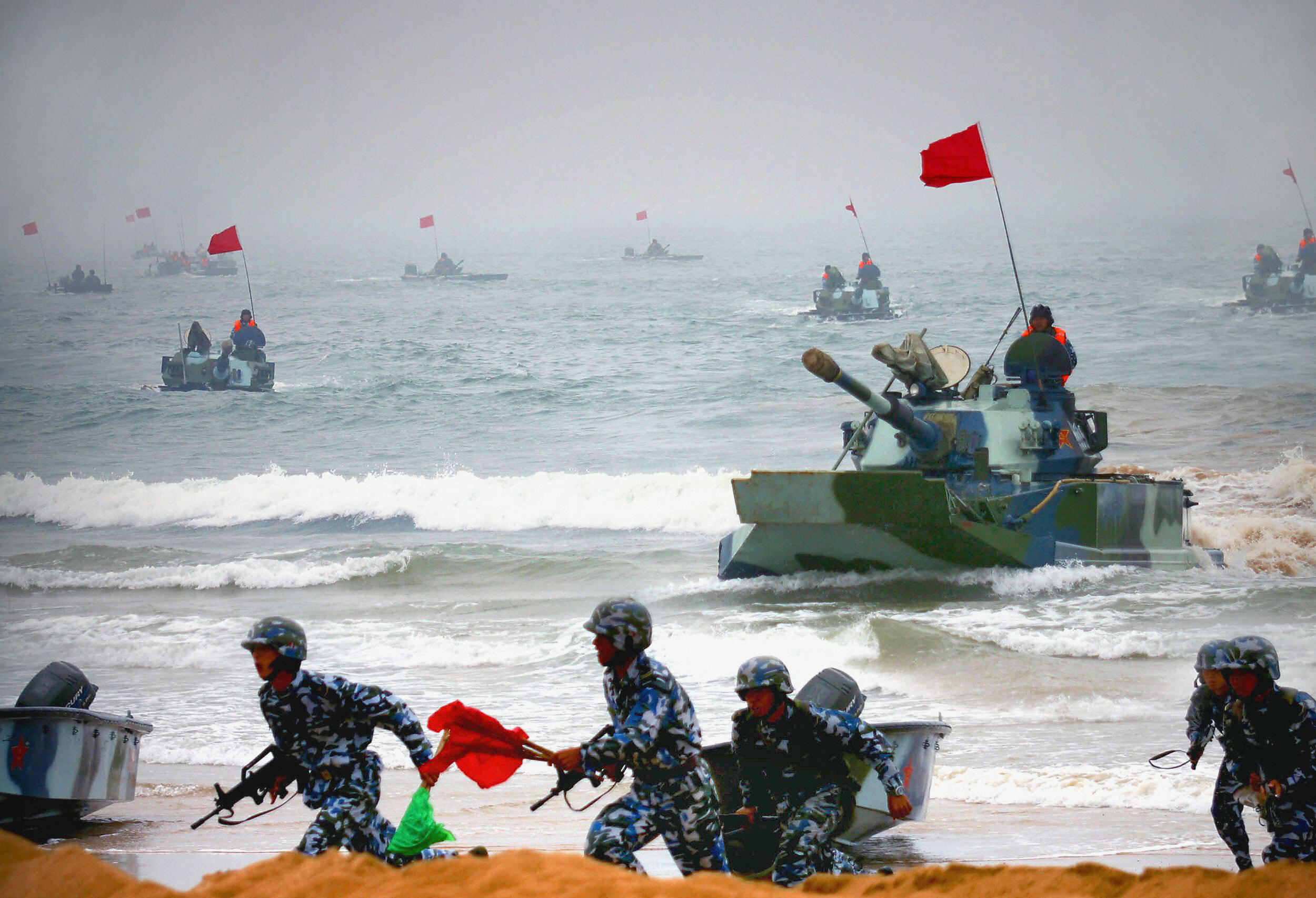 How did this happen? A flippant answer would be that the US has enjoyed its post-Cold War high for a bit too long. September 11 and the War on Terror preoccupied Washington for a decade, during which China steadily modernised its military. This distraction might be set to continue: President-elect Donald Trump’s new national security advisor, Michael Flynn, appears to believe that Islamic extremism is the greatest threat to America and is on record saying that “China is really more of an economic issue” than a security concern. This perception is outdated.

However, Washington has not yet moved to counter China’s new asymmetrical advantages. The US Navy would need to rely less on large, expensive and irreplaceable platforms – the loss of just one aircraft carrier would be a huge blow to its ability to project force (and China is becoming capable of sinking at least one). In an era where missiles can produce staggering losses very quickly, quantity might have a quality of its own by providing resilience. Yet Washington continues to devote its resources to the diminishing returns of ever better and costlier technology. Since 2011, budget cuts have damaged the Navy’s acquisition program, delaying its modernisation program. Its new stealth-destroyer, the Zumwalt-class, is illustrative of this: at $800,000 a round, its precision-guided ammunition is prohibitively expensive. Cost overruns reduced the original order of 32 ships to three, which precludes economies of scale for the Zumwalt’s ammunition. It appears that the first ship of this class can’t fire its guns until the Navy finds a cheaper round. While new weapons designed to counter Chinese A2AD missiles are being developed, for the next decade or two it will be easier to attack ships with missiles than to defend against them.

This all means that the US can ill afford to lose many ships in a conflict, which plays into Beijing’s A2AD strategy. Fewer ships means that more missiles can be allocated to attack each vessel. The US Navy is also spread around the world – American interests are global – while China can keep its entire fleet in the West Pacific, which gives it local numerical superiority.

Taken together, A2AD means that Chinese defence is easier and cheaper than American offence. It is easier for China to deny access to its near seas than it is for the US to achieve uncontested control of them. China’s goal is not to win a war with the US; rather, it aims to deter Washington from ever interfering with its core interests. Eventually China will be able to create a “no go zone” stretching from its coast to Japan and the Philippines, enclosing all the territories that it disputes in the East China Sea, South China Sea, and Taiwan. Should Beijing decide to take these areas by force, intervening might present an unacceptable risk to Washington. And if the US failed to prevent a violent change in the status quo, it would relinquish its role as the dominant power of the Asia-Pacific.