China has seized Singaporean military assets during transit. What will this do to their relations?

The seizure of nine Singapore Army Terrex Infantry Carrier Vehicles (ICV) by Hong Kong authorities on November 20 and the subsequent fall-out with Chinese authorities marks an all-time low in traditionally close Sino-Singaporean relations. At this point, there are conflicting reports over the legality of the seizure and how it happened in the first place. However, one thing is certain – Chinese authorities have confirmed they directed Hong Kong to impound the ICVs.

While Sino-Singapore ties have historically been warm, growing Chinese assertiveness and Singapore’s efforts to stave off domination by the regional power has seen relations cool. The impounding of Singaporean military assets in transit from Taiwan to Singapore serves only to hasten the deterioration of a once strong bilateral relationship.

THE MIDDLE KINGDOM AND THE LION CITY Sino-Singapore relations have traditionally been marked by strong economic, political and cultural ties.

Chinese elites have also long expressed admiration for Singapore’s model of governance – a benevolent dictatorship – that has propelled it from international backwater to financial and resource-refining hub in little over a generation. Indeed, then-paramount leader Deng Xiaoping pushed for China to “tap on their experience and learn how to manage better than them”.

Singapore has been China’s single largest foreign investor since 2013 and is now responsible for $6 billion of investments across various industries. Similarly, the city-state is China’s third largest trading partner after the US and Japan, with bilateral trade valued at upwards of $122 billion.

However, Sino-Singaporean ties have come under increasing strain in recent years, largely due to China’s increasing assertiveness. The city-state’s perceived antagonising of the Chinese polity through seemingly siding with the West has further aggravated bilateral tensions.

PLA Major General Jin Yinan, director of the PLA’s National Defence University, has accused Singapore of playing a key role in influencing Washington’s pivot to Asia, thus playing off one power against the other. He has also questioned Singapore’s status as a non-aligned country, arguing that US Navy warships were invited and allowed to dock at Changi Naval Base, but not Chinese ones.

At the recent Asia Pacific Economic Cooperation CEO Summit, Singapore’s Prime Minister Lee Hsieng Loong remarked that, while China’s One Belt, One Road policy is the “right way” to engage in regional relations given the uncertainty of the Trans-Pacific Partnership (TPP), no country is the middle kingdom. Some have interpreted this as a veiled jab at Beijing. 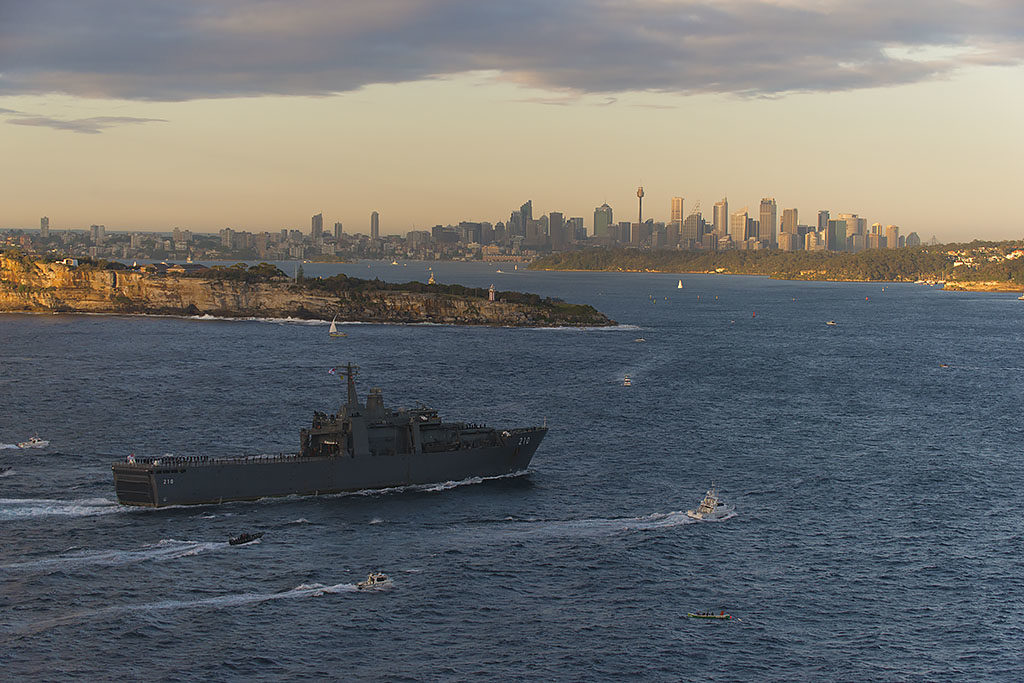 At the heart of this conflict remains the question – what does this mean for the future of Taiwan-Singapore relations? Although Singapore officially supports the ‘One China Policy’, it has maintained close military links with Taiwan through a military base in Hukou, as well as annual bilateral military exercises. China has frequently expressed consternation at the persistence of Taiwan-Singapore relations, but the recent seizure of ICVs marks the first time Beijing has taken concrete steps towards frustrating their military cooperation. The Chinese government has even offered to pay for Singapore to relocate its Taiwanese-based assets to Hainan Island, although this was refused.

This is also the first time that any form of ‘assertiveness’ towards Singaporean military assets has been encountered. While the Chinese Navy has had run-ins with its regional counterparts, Sino-Singaporean naval relations have, until now, gone untested. Should this behaviour persist, a semi-permanent Singaporean presence in Taiwan could diminish given that the security of sea lines of communications that these assets transit cannot be guaranteed.

Nonetheless, it is also possible for basing and bilateral exercises to continue with Taiwan. However, this would entail a corresponding increase in military expenditure to allow safe transit of military platforms – unpalatable given that Singapore is currently in the throes of a technical recession.

From an economic perspective, the seizure of the ICVs will likely damage Singapore’s nascent ambitions of exporting its military technologies. Local firm ST Engineering is currently bidding to supply a version of the Terrex to the US Marine Corps. A successful tender – worth almost $122 million – will see the Marines acquiring 204 ICVs by 2023.

The seizure of the ICVs could potentially allow Beijing to scrutinise its engineering makeup. The implications are threefold: a better understanding of potential US operational capabilities; a corresponding increase in Chinese technological progress due to reverse engineering; and a high likelihood that the Terrex ICV will become an unfavourable option as a result.

This raises questions of security with regards to subcontracting the transport of military platforms to third party entities. The Republic of Singapore Navy (RSN) has traditionally been a small force, comprising approximately 5,000 sailors, which is not enough to fully staff a US Navy aircraft carrier – a mantra often repeated in the RSN. Perhaps this is why sensitive equipment was shipped by private contractors.

If the free transit of vital and sensitive hardware can no longer be guaranteed in the South China Sea, then the RSN will be forced to play an increased role in asset transport on its fleet of four Endurance-class Landing Ship Tanks (LST), along with Joint Multi-Mission Ships (JMMS) that it is purportedly keen to acquire or build.

Consequently, Singapore could re-evaluate its participation in multinational anti-piracy operations in the Gulf of Aden. These considerations must be taken into account given concurrent naval deployments of LSTs to support regular Midshipmen Sea Training Deployment; normal day-to-day operations, regional anti-piracy efforts and regional disaster relief efforts.

Persisting in running all these operations concurrently will require careful re-evaluation and planning of RSN asset deployment such that Singapore will be able to respond to all her needs, while still having the military wherewithal to potentially retrieve all of its assets from Taiwan should the need arise. This would be an immensely difficult task.

Beijing’s seizure of the Terrex ICVs is a response to actions taken by Singapore that serve to dampen China’s ambitions of regional hegemony. Put bluntly, it is a simple reminder that Singapore cannot possibly stand up to China without increased backing from a US-led regional network. While Singapore does not want hegemony of a single power in the region, it is seemingly set on an inevitable course of having to choose between its largest trading partner and a significant security partner.