Trade, strategy, and elections will all feature prominently in the Asia Pacific in 2017.

> Will Trump get tough on Chinese trade?

> Region hedges against US withdrawal 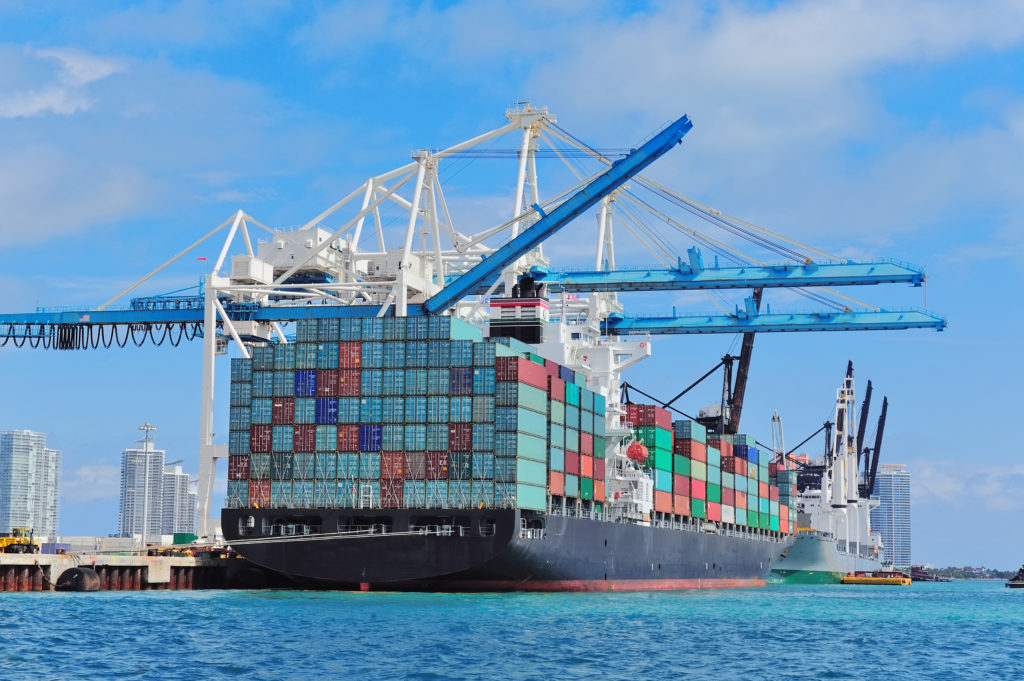 The US-Chinese trade relationship will be a major geopolitical issue in 2017. A showdown is expected as President-elect Donald Trump has threatened to punish China with a 45 per cent tariff on all its exports to the US. His cabinet picks lend credibility to this rhetoric; his choice to lead the new White House National Trade Council, Peter Navarro, is an aggressive China critic. It remains to be seen what Trump’s actual policy will be, but the potential for economic strife is clear.

While Trump’s legal authority to levy a 45 per cent tariff is questionable, he would be able to impose a 15 per cent duty on any imports for up to 150 days. A likely target would be Chinese steel and aluminium exports, which are already under investigation in the US and EU for flooding their markets at artificially low prices.

China is already believed to be preparing economic countermeasures. While Beijing has less leverage than Washington – it imports only a quarter as much as it exports to the US – it still can make use of certain pressure points. In particular, it could target major manufacturers such as General Motors and Boeing – which is currently filling an order for 292 US-built jets – as well as agricultural exports, the latter of which would harm the economy of the American Midwest, a key voter base for Trump.

China could also respond with non-economic measures. It could provoke US allies in the East or South China Seas, refuse to cooperate on containing North Korea’s nuclear program, or deepen security cooperation with Russia.

Beijing may be more prone to retaliate because the US and EU denied it ‘market economy’ status under WTO rules after the deadline on December 11, 2016. It had expected to be automatically granted this status, which would prevent developed economies from levying anti-dumping tariffs on Chinese goods, but this did not eventuate. China’s pre-existing soreness on the issue will predispose it to react more vigorously to any disruptive US trade moves.

The ramifications of a trade war between the world’s two largest economies would be severe. In the US, manufacturers and consumers would be expected to suffer from higher import costs with little to no gain in the employment rate due to automation and low-wage manufacturing abroad. The export-dependent Chinese economy would also be weakened by a tariff-oriented trade conflict.

As the production of any given product is increasingly spread across many different countries, the global supply chain would also be disrupted.

Trump’s unpredictability makes it hard to determine which, if any, of the measures described will be carried out. His desire to remain politically popular means that he will shy away from most actions that could damage the US economy. While Trump will threaten to impose tariffs, his statements are likely designed to set expectations for future trade negotiations, potentially giving him the upper hand by opening with a hard position in order to make any comedown appear conciliatory – and hence more favourable. While 2017 is likely to see much hand-wringing and editorialising about the imperilment of the Sino-US trade relationship, an outright trade war is unlikely.

EAST ASIA HEDGES AGAINST US DISENGAGEMENT 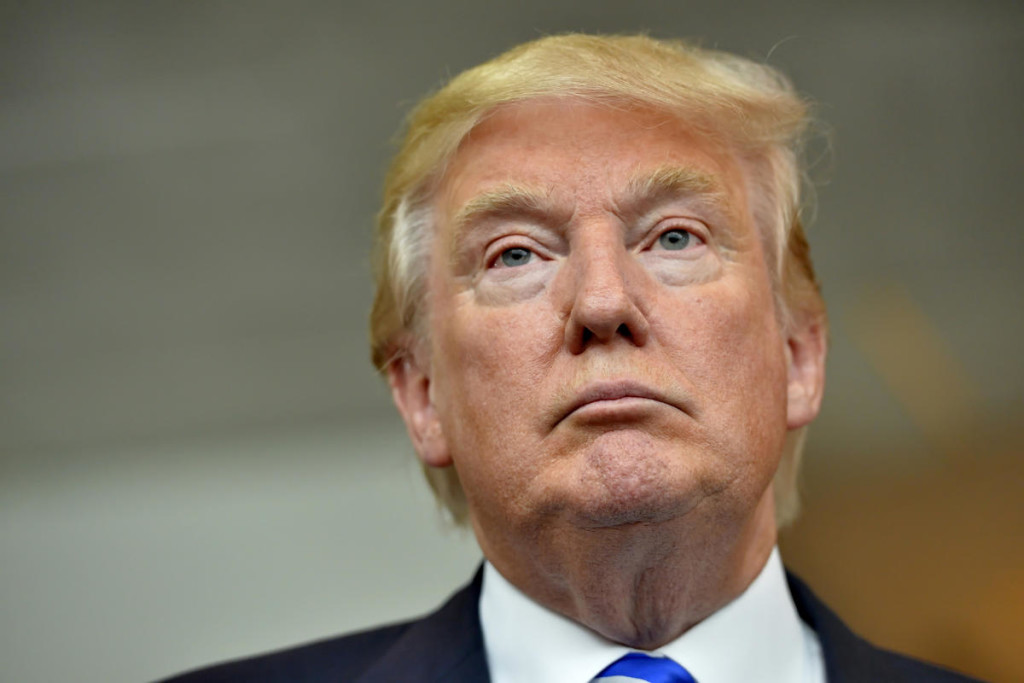 The coming year is likely to see US friends and allies in East Asia hedge against a change in strategic policy by the Trump administration. Donald Trump’s isolationist “America First” tendencies have alarmed many in the region and the threat of US disengagement is being taken seriously. Consequently, 2017 will likely see a number of East Asian states engaging in measures to protect against security and economic uncertainties that might emanate from Washington.

US-aligned states like Indonesia, Malaysia and Singapore worry that the new government in Washington might be less inclined to resist growing Chinese influence in Southeast Asia. Though there is unlikely to be a major shift in their foreign policies in 2017, expect Jakarta, Kuala Lumpur and Singapore to pursue warmer relations with Beijing as a hedge against Trump’s isolationist rhetoric coming to fruition.

Allies such as Japan and South Korea fear that a reduced US regional military presence – which the president-elect has repeatedly threatened – could leave them exposed to Chinese and North Korean threats. However, Trump has also reassured the leaders of both countries that he supports the alliances.

The uncertainty will likely drive both countries to hedge. For South Korea, this will mean closer engagement with China and potentially North Korea, particularly as a new president is expected this year and the leading candidates are less hawkish than incumbent Park Geun-hye. The Japanese response will include accelerated defence spending and improved security ties with third countries like Russia; a recent attempt by Prime Minister Shinzo Abe to resolve an outstanding territorial dispute with President Vladimir Putin suggests this approach is already being applied.

Improved relations between US allies in the region are already evident, particularly between Japan and Southeast Asian states. This strategy is likely to be pursued more vigorously by Tokyo in 2017 but will clash with Southeast Asian attempts to improve their relations with Beijing should the Trump administration begin a strategic withdrawal.

This will present China with a conundrum. On the one hand, it will have to enhance its own security to counter a more assertive Japanese posture and nascent strategic encirclement by its Asian rivals. However, the means to achieve this – buttressing its military might or its territorial claims – would only deepen its neighbours’ distrust.

As such, the recent relative calm in China’s territorial disputes will continue under its current, tense conditions, until an act deemed provocative by Beijing stirs it to action.

The Trump administration will also likely commence the withdrawal of US regional economic leadership. Along with his threats to sanction China and criticism of the US-Korea Free Trade Agreement, Trump’s victory has effectively killed off the Trans-Pacific Partnership, a wide-reaching free trade deal involving twelve Pacific countries. Beijing will seek to occupy the space vacated by Washington.

China will look to expand its economic leadership through regional development under its “One Belt, One Road” initiative and will likely try to move ahead with its own regional free trade deal, the Regional Comprehensive Economic Partnership (RCEP), which excludes the US.

Major changes to foreign policy strategies by states in the region are unlikely in 2017 until it is clear in what direction the Trump administration will take US regional leadership.

POLITICAL VOLATILITY ON THE KOREAN PENINSULA 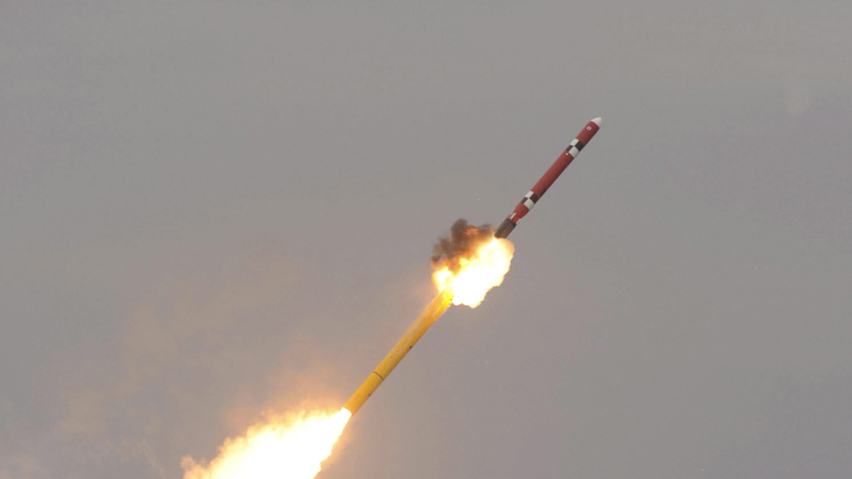 South Korea will enter 2017 in a state of political disruption following the scandal that resulted in President Park Geun-hye’s impeachment on December 9. The coming change in leadership holds the potential for a shift in South Korea’s foreign policy.

Three of the top four contenders to replace Park favour engagement with North Korea and oppose the deployment of the US THAAD missile defence system and intelligence sharing agreement with Japan. A victory by any of these candidates would likely result in improved ties with the North, especially in economic engagement. Better relations with China would also be expected as opposition to THAAD and cooperation with Japan suggests a hedging strategy against possible US disengagement.

The latest polls give Moon Jae-in, a candidate from the opposition Minjoo Party, a clear lead over all other contenders. Moon is the candidate most likely to improve relations with Beijing and Pyongyang. He favours North-South economic integration, and he has publicly called for “balanced diplomacy” between the US and China.

Outgoing UN Secretary General Ban Ki-moon is the current runner-up to Moon and is expected to announce his candidacy at the beginning of 2017. He will run as the centre-right candidate and is a virtual unknown on domestic and foreign policy. However, he would be expected to implement a moderate version of the current administration’s platform.

Amidst South Korean political turmoil, Pyongyang faces conflicting incentives for its foreign policy in 2017. In the past, it has demonstrated a tendency to test the new leaders of rival states through calculated provocations and both Washington and Seoul will have new executives in 2017. However, North Korea also will realise that aggressiveness during the South’s election season would benefit more hawkish candidates, whose election would be to its detriment.

While it is unlikely that Korean foreign policy will fundamentally shift in 2017, a dovish new South Korean president might decide to draw closer with China in the hopes that Beijing might facilitate a rapprochement with the North. However, China’s demonstrated inability to control North Korea makes this approach an unlikely one for Seoul to take. 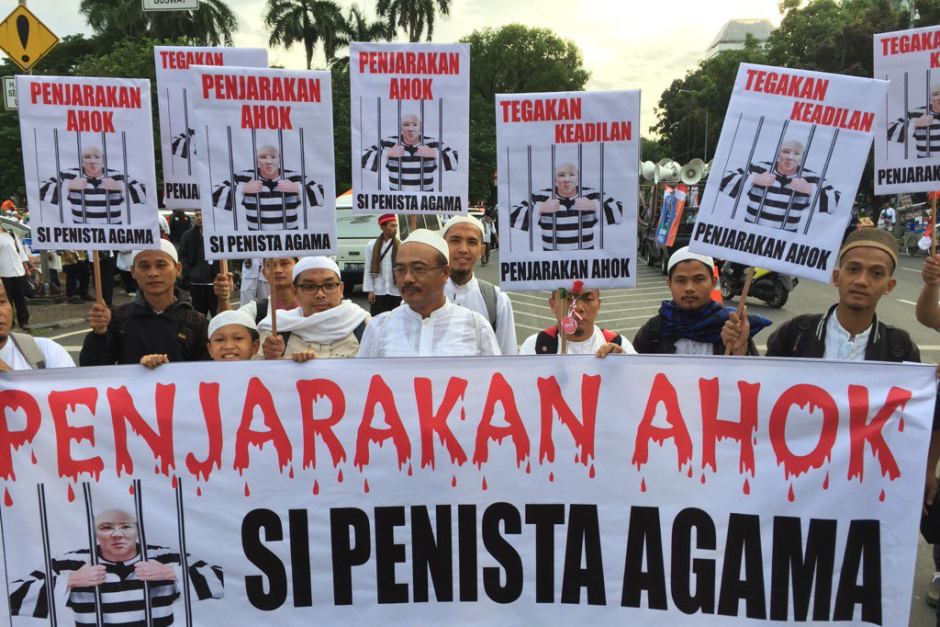 -The recapture of ISIS territory in Iraq and Syria in 2017 will lead many of its foreign fighters to return home, with up to 1,000 potentially repatriating to Southeast Asia. This will likely lead to an uptick in terrorist activity in the region, though national governments are preparing for this eventuality.

– The combination of a new king and a delayed return to democratic rule after the military seized power in May 2014 could lead to fresh social upheaval in Thailand. This would likely take the form of fresh street protests in Bangkok, which the military has suppressed. 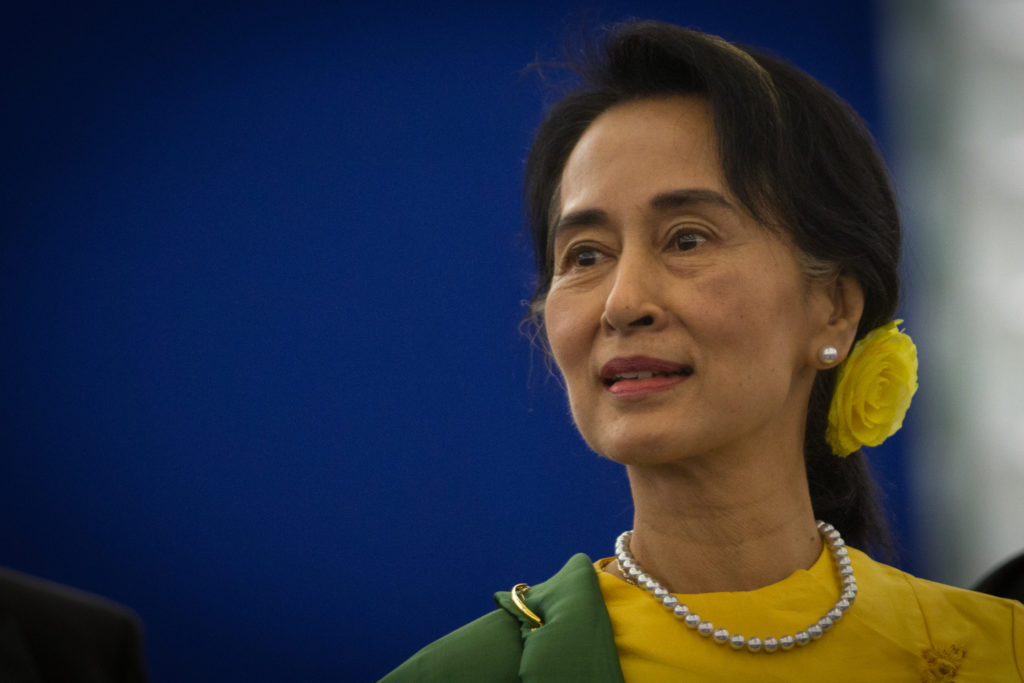 – Philippine President Rodrigo Duterte’s claims to have personally killed suspected criminals during his time as mayor of Davao leave him vulnerable to impeachment. The firebrand populist, who is reportedly ‘unhappy’ at being president, may resign if impeachment charges are brought against him in 2017.

– Renewed fighting between Myanmar’s ethnic armies and government forces as well as a budding Rohingya insurgency in response to military persecution are undermining the pseudo-presidency of Aung San Suu Kyi. If she cannot deliver on her promises of peace in 2017, the military may initiate a coup to retake full political control.

– A cross-Taiwan Strait war that draws the US and China into direct conflict is a possibility in 2017. Last year saw the election of independence-inclined Taiwan president Tsai Ing-wen and Trump, who has questioned the importance of US support for the ‘One China’ policy. Taiwan’s association with mainland China is a core issue for Beijing; any serious shifts towards independence are likely to be met with a strong military response. However, while the new leadership will lead to higher tensions in the Taiwan Strait in 2017, outright war is unlikely.

– Conflict may erupt in the disputed South China Sea as rival claimants, particularly China and Vietnam, continue to militarise the area in 2017.