The use of plausibly deniable fishing militia to defend sovereign claims is an attractive option.

Vietnam’s evolving maritime strategy in the South China Sea may spark a diplomatic crisis with China that draws in other major regional powers.

– Vietnam is modestly expanding its maritime forces and changing its military doctrine surrounding the role of fishing militia in the South China Sea
– Regional uncertainties are pushing Vietnam to seek closer ties with major powers, especially India, to balance against China in the disputed waters
– A Vietnam-China standoff is unlikely to take place alongside fishery disputes
– Vietnam’s evolving maritime doctrine and the progress of Vietnam-China and Vietnam-India joint development agreements will be pivotal points of reference to a future standoff

Vietnam has recently strengthened its strategic relationships with major powers (other than the US) to draw India, Japan and Russia into the South China Sea. Of special significance is the extent to which Vietnam has transformed its relationship with India. Following the 2015-2020 Vietnam-India Joint Vision statement, India has promised $500 million in extended loans, greater arms sales and increasingly robust naval exercises such as capacity-building, personnel training, coastguard collaboration and logistics support and maintenance.

Vietnam is also incrementally expanding its maritime forces around disputed islands in the South China Sea. Although Vietnam has beefed up its military presence in the past, recent developments such as the 2007 ‘Vietnam’s Maritime Strategy Toward the Year 2020’ are accelerating its maritime build-up by combining national defence with the socio-economic development of the coastal economy. According to the Asian Maritime Transparency Initiative (AMTI), there has been a modest increase in Vietnam’s defence expenditure and maritime forces including air force, navy and coastguard. Vietnam currently occupies 21 features in the contested Spratley Islands, where AMTI has observed three types of Vietnamese outposts: occupied islets, concrete buildings atop reefs, and isolated platforms constructed on undersea banks” with built-in helipad and surveillance structures.

Besides maritime expansion, Vietnam is reforming its military doctrine under the 2009 ‘Law on Militia and Self-Defence Forces’ to allow for the escort and protection of Vietnamese fishing fleets. Since the law’s introduction, scholars have observed that Vietnam is seeking “a model for maritime militia force”, imitating China’s own. By 2014, Vietnam permitted banks to finance the modernisation of ship-building infrastructure and fishermen fleets. As of 2017, 13 fishing militia boats were reported to be supporting over 3,000 fishermen operating near the Paracels, while nearly 10,000 fishermen and 2,000 fishing boats in Khanh Hoa province have acquired firearms and infrared night vision binoculars.

Recently, the AMTI sighted significant changes around the Ladd Reef, noting an increased presence of Vietnamese “fishers” and the creation of a dredged channel that allows larger vessels access. The Ladd Reef is significant due to its proximity to ‘Block 136/03’, a region with extensive oil deposits — China reportedly threatened Vietnam to back off the area earlier this year. According to the AMTI, these changes may signify an attempt to bolster “support operations” for oil and gas explorations.

Such support operations likely signal a change in Vietnam’s maritime doctrine on the role of fishing militia. Expect Vietnam to use its fishing militia to move beyond the safety and navigation of its fishers to a more confrontational approach in the South China Sea. The shift is a strategic decision — oil rigs and facilities require defending during a Chinese encounter, but fishing explorations enjoy the mobility to abscond from a confrontation. Some experts perceive this change as a move towards guerrilla warfare operations. Vietnam’s evolving maritime strategy in the South China Sea cannot be viewed as solely the promotion of sovereign and strategic interests or anti-Chinese nationalism. Instead, the developments occur in light of increasing regional uncertainties exacerbated by Beijing’s assertiveness, Washington’s strategic ambiguity and the ineffectiveness of multilateral institutions to prevent the South China Sea from falling into China’s orbit.

Accordingly, there are potential risks of escalation between Vietnam and China in the South China Sea. Although both parties support the Code of Conduct for Unplanned Encounters (CUES), the CUES has not been conducted in a joint manner. This limits the room for confidence-building when undertaking independent missions near the disputed islands. The CUES has also not been extended to include civilian coastguards, which leaves the possibility of future confrontation surrounding coastguards and fishing militia.

However, a wider Vietnam-China standoff is unlikely to take place alongside fishery disputes. Although there were hostage crises in the 1980s, Vietnam’s fishing militia has been expanded and tasked to better manage the safety and navigation of its fishermen to reduce direct confrontation. Thus, despite several encounters with Chinese harassment and kidnapping, fishery disputes generally remain low-level and Vietnamese authorities continue to issue only a diplomatic reproach to Chinese hostility.

More likely to provoke conflict is Vietnam’s potential to overestimate its capability in managing oil and gas disputes with China. The development of a Vietnamese fishing militia is problematic, as it falls under the grey area between civilian and armed forces and complicates the principle of inviolability of coastal fishing vessels. Vietnam also lacks detailed organisational procedures surrounding the role and deployment of fishing militia and the escalation of force. Without addressing these issues, Vietnamese fishing militia may be unintentionally emboldened to pursue a more confrontational approach in the contestation for oil and gas explorations.

Moreover, Vietnam and China lack trust in managing oil and gas competition. Although both parties are currently exploring the possibility of joint resource development and joint safeguarding maritime peace and stability, this has been attempted this in the past — the parties quit after nine years of searching. Part of the reason is that China demands “earnestly respect” for its “sovereign and jurisdictional rights,” which implies that any exploration conducted by foreigners must first seek Beijing’s permission. This entails an explicit surrender of sovereign claims to China, which Vietnam is unwilling to do.

NEW FLAGS ON THE HORIZON 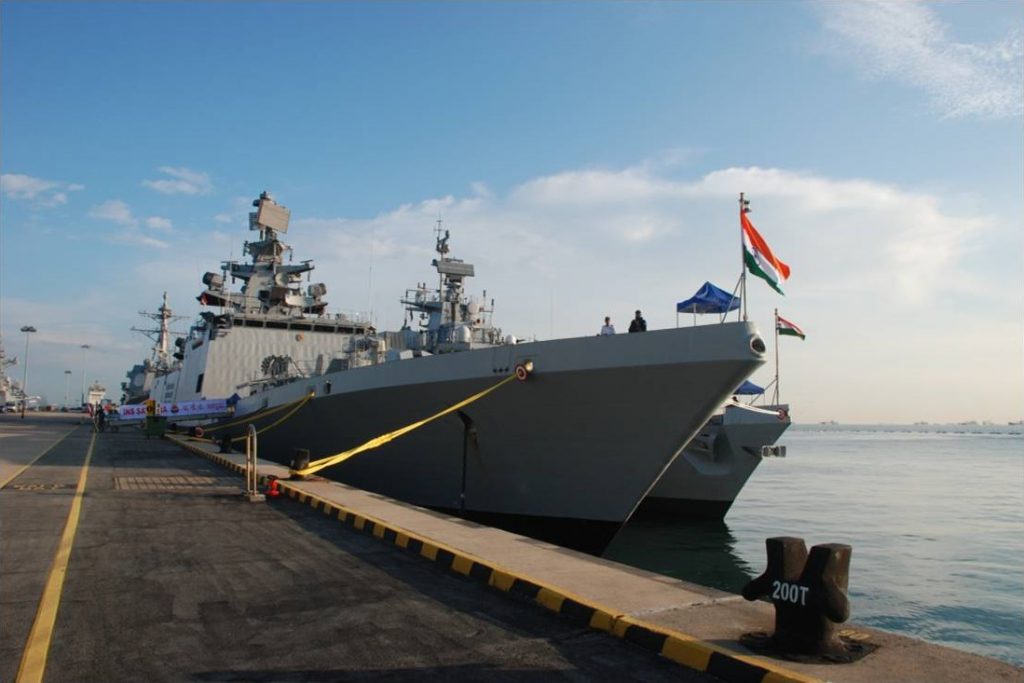 A standoff between China and Vietnam over oil and gas exploration is likely to involve India. Currently, Chinese natural resource explorers are expanding their outreach, due in part to Beijing’s rapid militarisation and firm position in the South China Sea. This has occurred against the backdrop of joint explorations between India’s Oil and Natural Gas Corporation (ONGC) and PetroVietnam. Although their projects recently touched on the two-year extension of Block 128, the March 2018 discussion between Modi and Quang highlighted the significance and possibility of further joint developments in Vietnam’s continental shelf beyond the extended contracts. This may provoke Beijing and risk confrontation with Chinese oil explorers in the vicinity of a potential Vietnam-India joint exploration.

Beijing’s threats during the Block 136/03 dispute are unlikely to affect how Vietnam views the ONGC-PetroVietnam joint development. The March 2018 discussions underscored a continued ignorance among Vietnamese and Indian authorities over Chinese protests of their past joint exploration projects. With the recent elevation of India’s strategic presence and Indian-Vietnam defence ties, ONGC and PetroVietnam may be emboldened to tread further into contested areas. Vietnam and India may therefore fail to take seriously China’s increasing displeasure and changes in its assertiveness over the years, which Emeritus Professor Carl Thayer from the University of New South Wales notes as “an emerging pattern of increased Chinese bellicosity.”

Potential pivotal shifts that affect the direction of a future Vietnam-China-India standoff will depend on changes in Vietnam’s maritime doctrine regarding the legality, role and organisational procedures of fishing militia, the progress of Vietnam-China joint development and the location of ONGC-PetroVietnam future oil and gas explorations. With so many variables at play, any side overplaying its hand is increasingly likely.