Russian President Vladimir Putin is scheduled to meet in Sochi today with his counterpart from the Czech Republic, President Milos 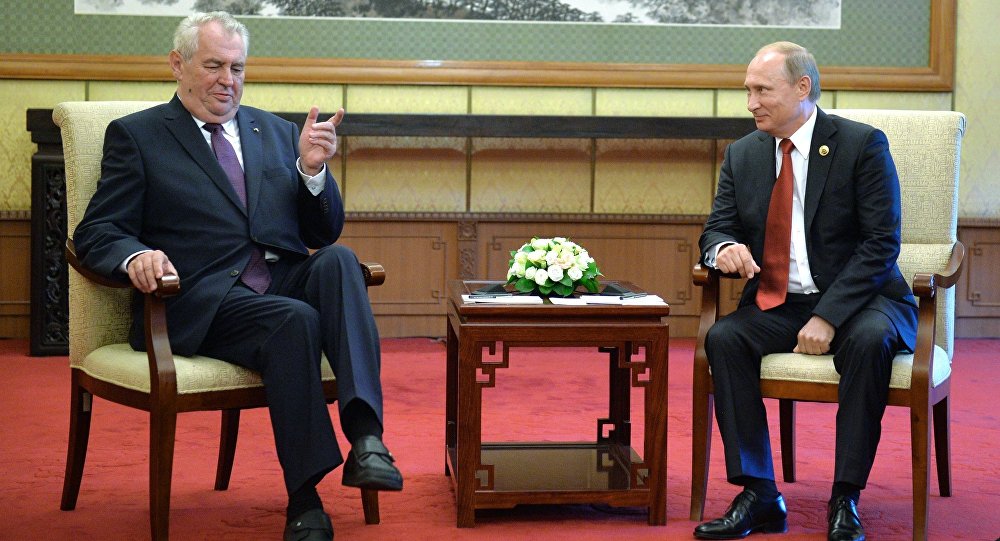 Russian President Vladimir Putin is scheduled to meet in Sochi today with his counterpart from the Czech Republic, President Milos Zeman. The meeting comes a day before Sochi will host a summit involving the heads of state of Iran, Russia and Turkey on the Syrian Civil War.

To be accompanied by a delegation of representatives of his country’s business circles, Zeman will work to strengthen trade and investment ties between the two countries. According to 2017 data, Russia is currently not even one of the former Soviet satellite republic’s top five trade partners. On Thursday, Zeman will deliver remarks at the Russian-Czech Business Forum in Moscow in an effort to encourage a reversal of this.

Although possessing only ceremonial presidential powers, Zeman has been widely criticized by Czechs and the international community for pro-Russian and pro-Putin sympathies, particularly regarding economic relations and political liberties. Recently in an interview with TASS, he stated he believed in the long-run Russia would and should become a member of the EU. He also controversially joked with Putin about “liquidating” journalists back in 2015.

As one of Zeman’s last foreign trips of his five-year presidential term, expect the former leader of the country’s centre-left Social Democratic Party to make a substantial effort to strengthen bilateral trade ties between Russia and the Czech Republic, particularly relating to coal and natural gas exchange.