Japan’s PM Shinzo Abe will meet Donald Trump for the second time since his election on Friday and he comes bearing gifts. 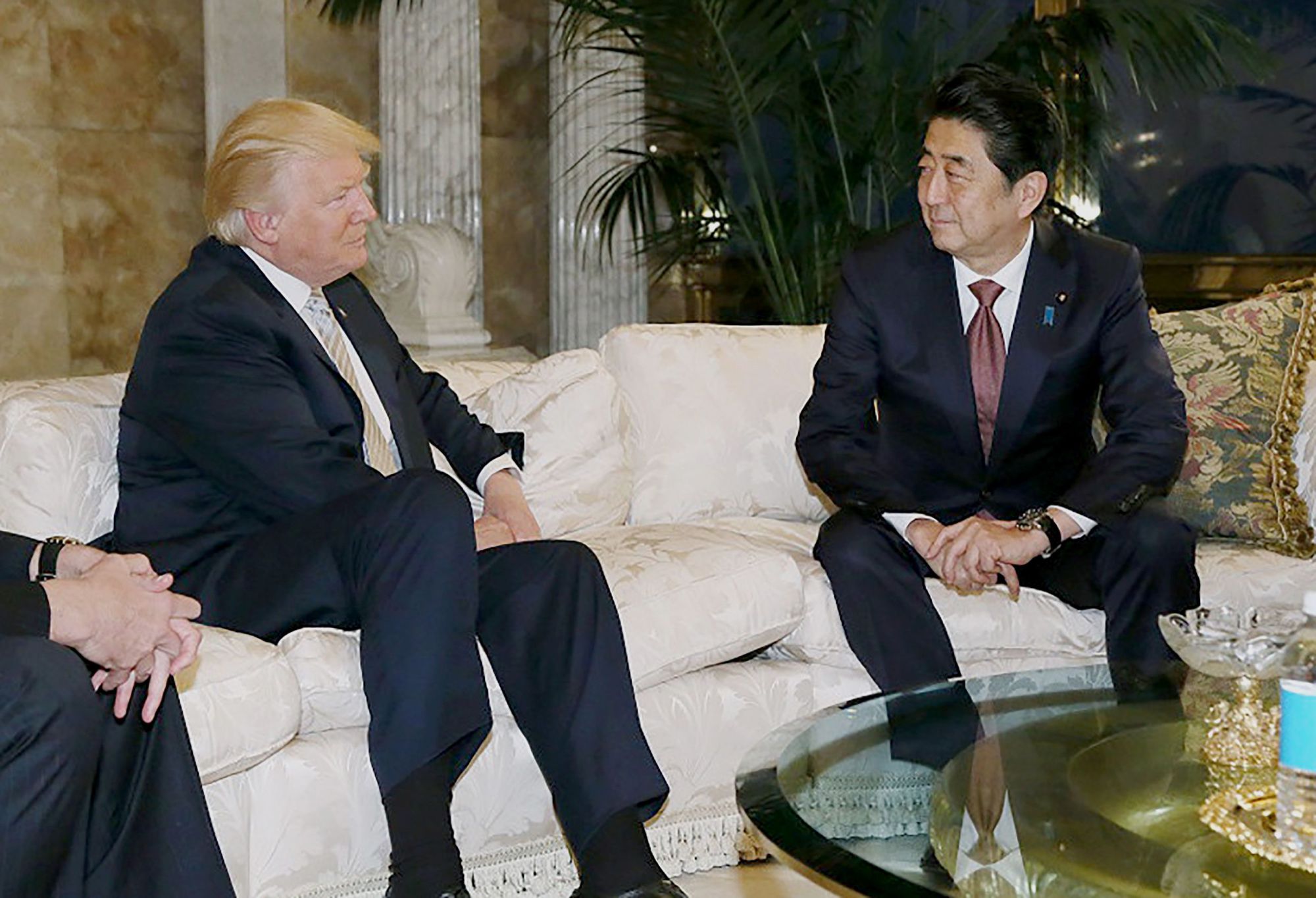 Shinzo Abe will meet Donald Trump on Friday, a week after the two spoke over the phone. The Japanese PM will be accompanied by his finance, foreign and trade ministers, highlighting the importance Mr Abe is putting on forging a strong personal relationship with the new president. Friday’s meeting will be the second between the two after Abe paid the then-president-elect an unofficial visit at Trump Tower in November.

Abe’s latest visit is aimed at shoring up Japan’s relationship with its key strategic and trade partner.

The Japanese leader was discouraged by President Trump’s withdrawal from the Trans-Pacific Partnership shortly after coming to office last month. The key multilateral trade deal was championed by Tokyo and the former US administration but was targeted by Trump as a “potential disaster”.

Despite the disappointment, Mr Abe comes bearing gifts, with billions of dollars of infrastructure deals said to be on the table. Abe has shown a willingness to adapt to Washington’s changing political landscape, recently saying he’d be open to discussing a bilateral trade deal to replace the now-defunct regional agreement.

On Saturday, the two leaders are expected to visit Trump’s Florida estate to continue discussions in a more informal setting – and possibly take part in a friendly round of golf.

NEPAL: PIVOT TO THE NORTH? 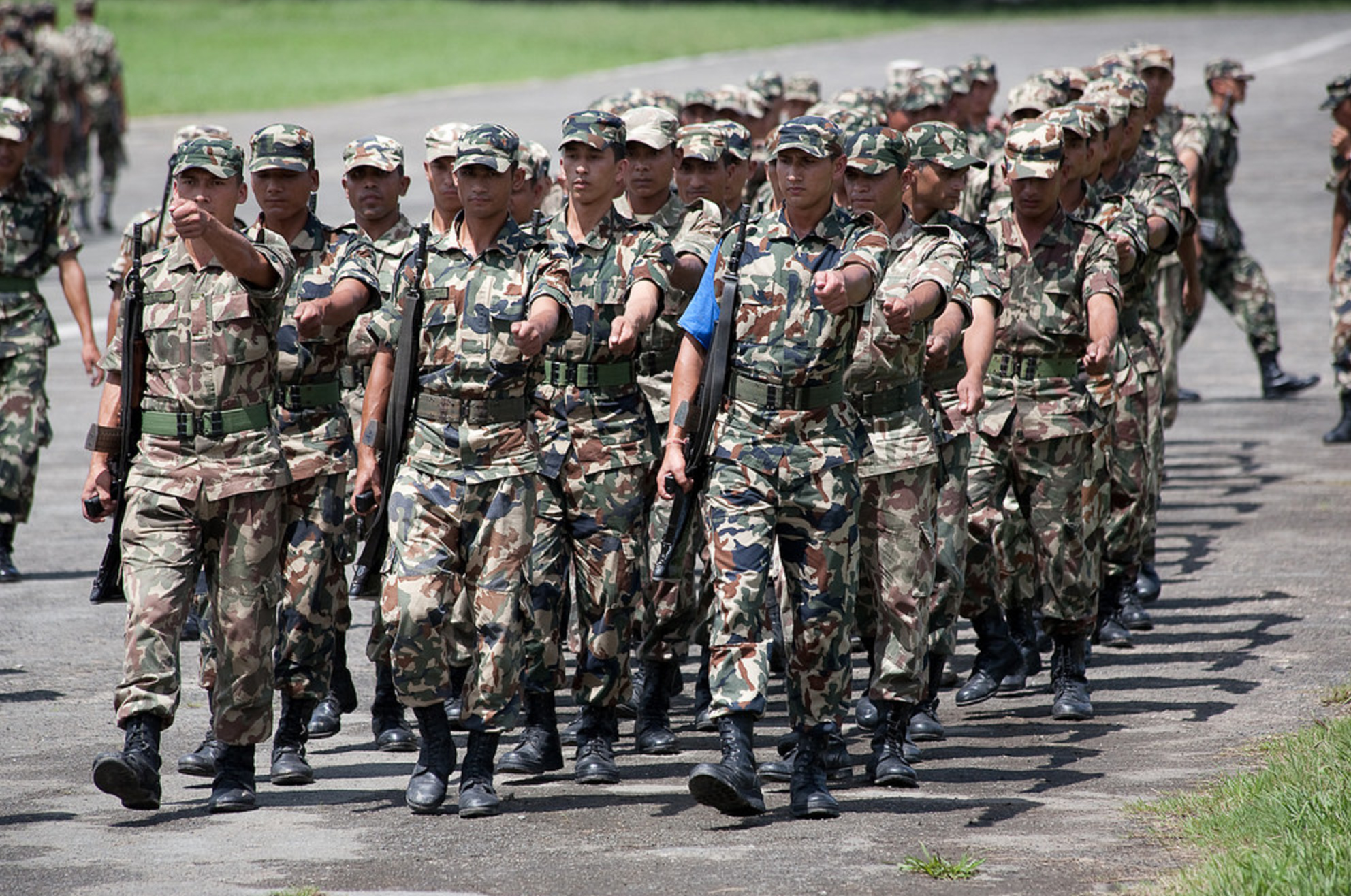 China and Nepal will conduct their first ever joint military exercises on Friday, marking warming military ties between the two countries. India, a long-term ally, will be looking on with unease.

India and Nepal share a ‘special relationship’ under a 1950 treaty, which enables the free movement of people and goods, as well as collaboration on foreign and defence policy. But allegations that New Delhi has blockaded its land-locked neighbour since 2015 have strained relations, pushing Kathmandu to strengthen ties with its next-most important neighbour: China.

Friday’s exercises aim to assist Nepal with counter-terrorism operations – an area India has dominated for over a decade. For its part, Nepal is seeking to renegotiate terms of the 1950 treaty to enable it to purchase military hardware from other countries without India’s consent.

Friday’s exercises signal Kathmandu’s desire to forge an independent foreign policy and could suggest a trend of strengthening Nepali-Chinese relations.

Iran will celebrate the 38th anniversary of the Islamic revolution on Friday. Supreme Leader Ali Khamenei has used Twitter to call on Iranians to rally in the face of recent “threats” from the new US administration. Donald Trump recently announced a new raft of sanctions on Iranian individuals and entities with supposed links to Iran’s Islamic Revolutionary Guard Corps.

A court in Hamburg will rule on whether to grant an injunction over the republishing of a poem insulting Turkish President Recep Tayyip Erdogan.

Uber will cease operations in Taiwan after authorities refused to decriminalise the company’s operations. Taiwanese officials have increased the maximum penalty for Uber drivers found operating without a license to more than $800,000 and say they’ll fine the ride-hailing firm more $7 million.