Iran is encouraging a massive turnout for Quds Day rallies this Friday. Quds Day, marking the last Friday of Ramadan, 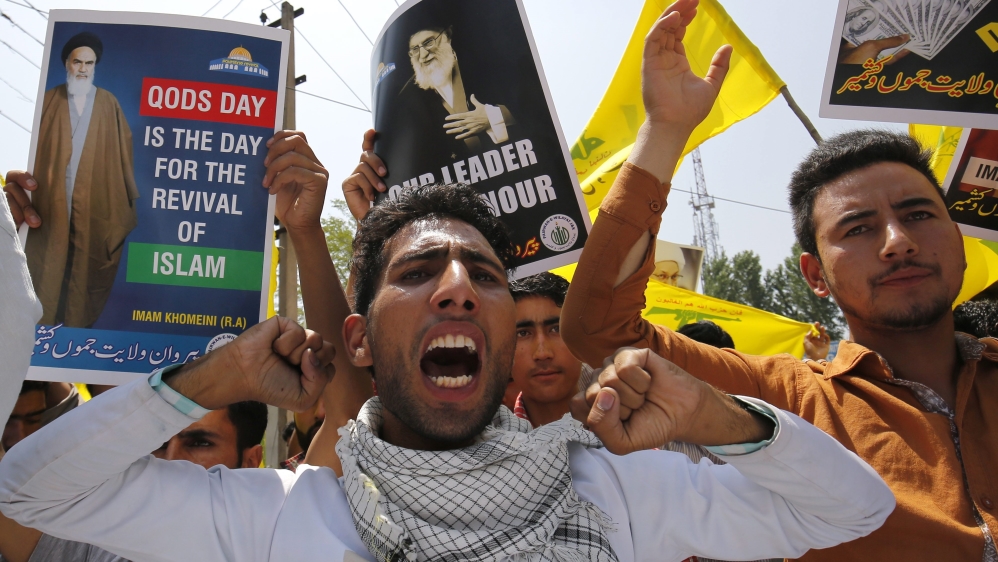 Iran is encouraging a massive turnout for Quds Day rallies this Friday. Quds Day, marking the last Friday of Ramadan, was proclaimed by Iran in 1979 to protest Israel and support Palestinians.

The rallies highlight ever-present hostility between the Islamic Republic and Israel. Tehran recently launched missiles at ISIS targets in Syria, which doubled as a show of strength. For its part, the Israeli government mocked the attacks, claiming they had mostly missed their targets. PM Benjamin Netanyahu said “I have one message for Iran: Don’t threaten Israel.”

Iranian President Hassan Rouhani has said today’s rallies are an opportunity for the Muslim world to unify—a reference to high tensions between Iran and Saudi Arabia. Most recently, the Saudis claimed they captured a Revolutionary Guard ship; Iran says they were merely fishermen. Additionally, the Saudi-led blockade of Qatar is in part over its closeness to Iran.

Mr Rouhani’s appeal for unity will likely fall on deaf ears; the Saudis see Friday’s demonstrations as distinctly Iranian. In the Islamic Republic, Saudi Arabia and Israel have a common adversary.