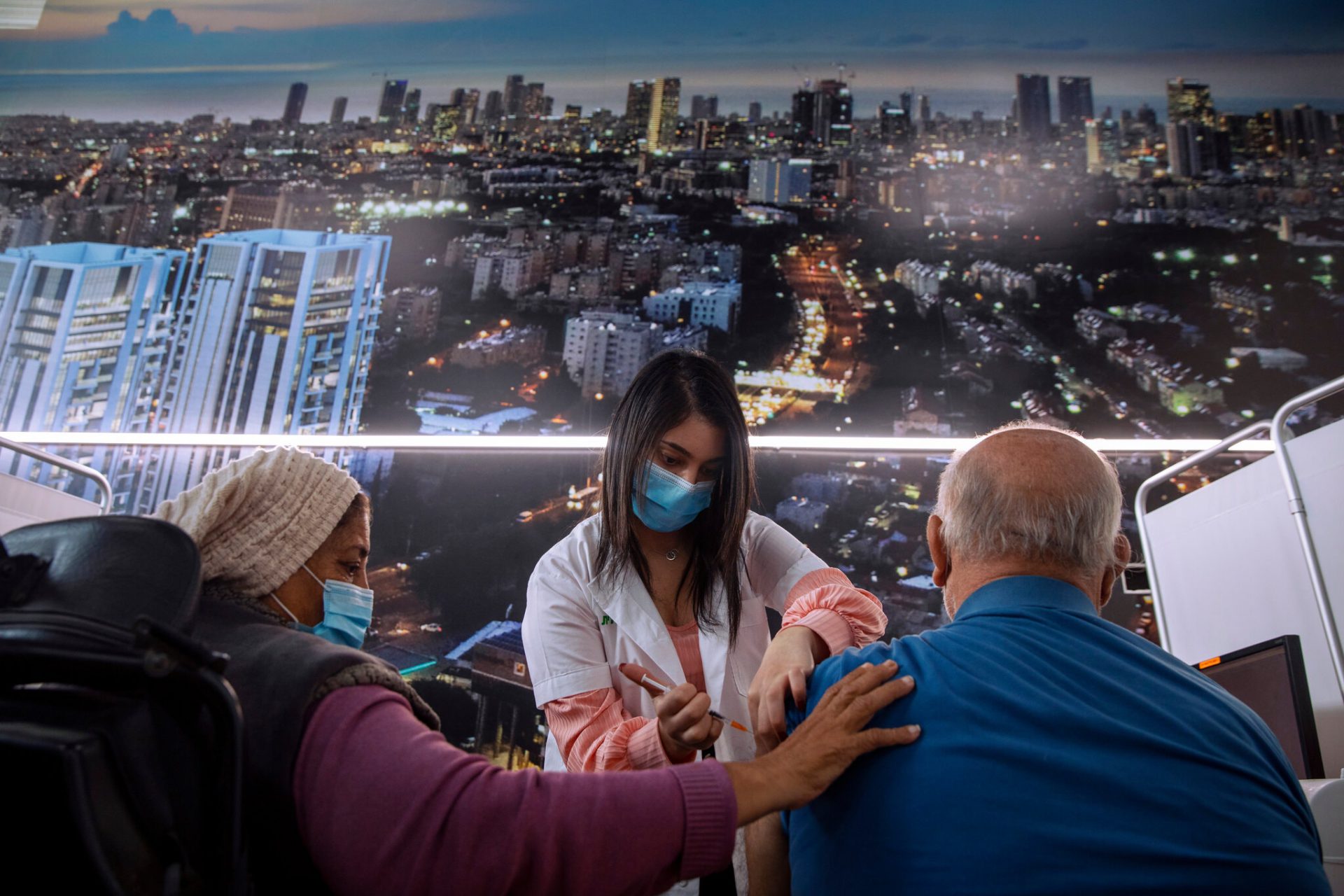 Israel’s fourth quarter GDP growth rate for 2020 will be updated today as the nation moves to quickly reopen the economy.

Little change is expected from the first estimate, which placed the rate at 1.5% over the previous quarter. In total, the economy contracted by 2.4% for the year 2020, far less than the OECD average of 5.5%.

Economic activity is expected to rapidly expand as lockdown measures on businesses were lifted this past Sunday. The lynchpin of Prime Minister Benjamin Netanyahu’s “Back to Life” program are Green Pass holders—fully vaccinated Israelis over 16 years old—who will have expanded access to certain businesses. Israel is leading the world in its vaccination rate—over 52% of Israelis have received at least one dose.

The timing of this reopening could boost support for Netanyahu right before the March 23 parliamentary elections. While Netanyahu is currently leading in national polls, securing the nomination is not entirely certain due to the addition of a new conservative challenger, Gideon Saar. In the coming weeks, expect Netanyahu’s campaign to aggressively focus on the vaccination campaign and the government’s diplomatic successes with neighbouring Arab nations, in part to shift attention away from his criminal trial for corruption.