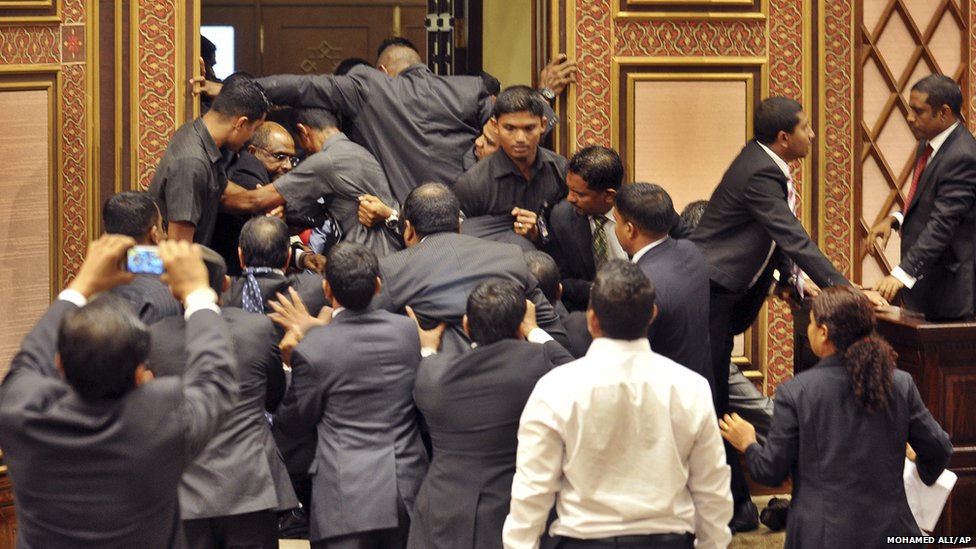 Maumoon was arrested last month for utilising the logo of President Abdulla Yameen’s Progressive Party of Maldives during an opposition press conference. The arrest was perceived as an attempt to silence a multiparty opposition aiming to “restore democracy” and combat Yameen’s absolutism.

Maumoon’s trial exemplifies how the president can erase dissent in parliament. The judiciary skews towards him, and government police have even limited Maumoon’s contact with counsel.

With the opposition subdued, Yameen can turn a profit by unilaterally giving 16 Maldivian islands to China. However, his dictatorial politics have geopolitical consequences. In China and India’s quest for regional hegemony, Malé’s preference for China strengthens the possibility of a Maritime Silk Road, threatening Indian security while boosting China’s economy.

If found guilty, Maumoon faces a maximum sentence of nine months. He is only the latest opposition lawmaker to be removed from office. As Yameen becomes more untouchable, China is poised to reap the benefits.