Rome’s mayor faces corruption probe 9 months after being elected; the ramifications for her anti-graft Five Star Movement could be immense. 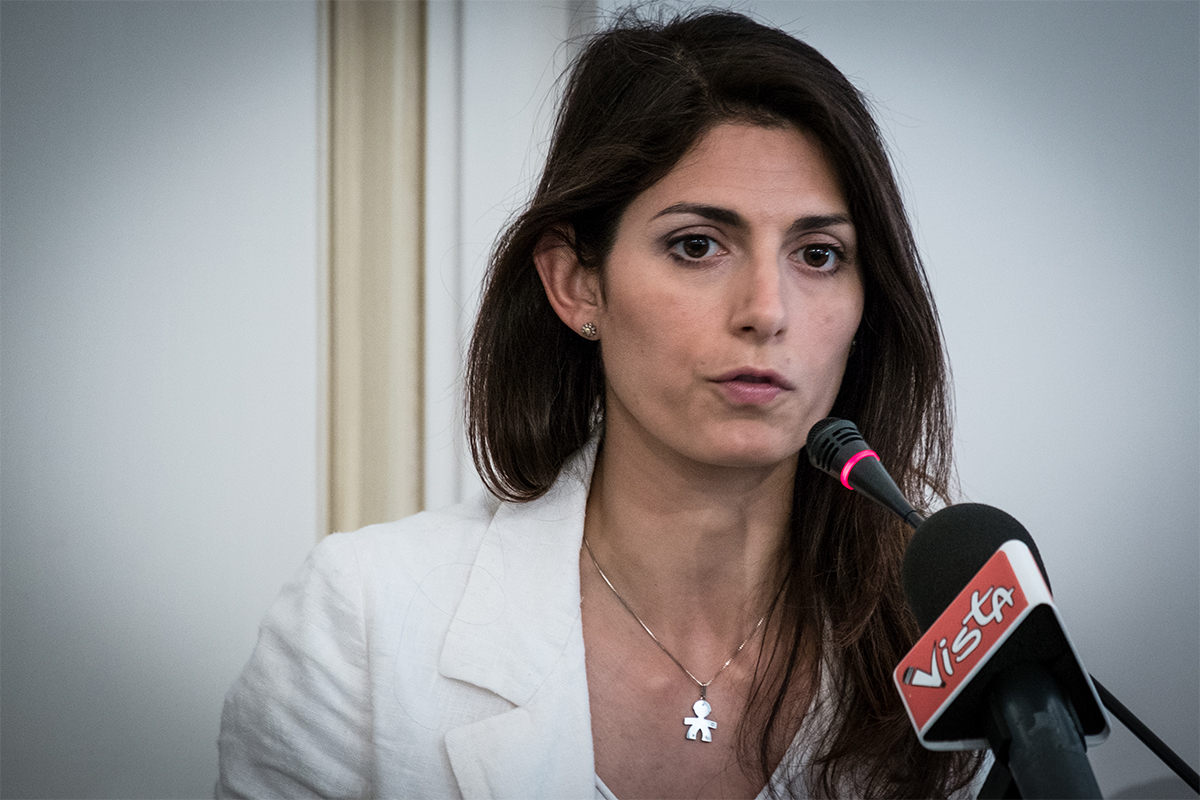 Rome’s mayor, Virginia Raggi, will be questioned in court on Monday over her connection to corruption allegations that led to the arrest of her chief of staff. Ms Raggi, who belongs to the anti-establishment Five Star Movement (M5S), was whisked to power last June on a wave of anti-corruption sentiment. Monday’s probe will leave her and her party red-faced.

While Monday’s probe is unlikely to implicate Raggi directly, the damage done to her party’s reputation should be enough to keep her colleagues up at night. By undermining their core anti-corruption credentials, M5S politicians risk alienating their political base. This could have huge political ramifications.

Last week, a top court affirmed a key electoral law that gives parties with 40% of the vote a majority of seats in the lower house, therefore allowing them to form government. In response, Mr Grillo called on the government to hold fresh elections, believing his party (currently polling at 30%) could gain the support necessary to take power. However, Raggi’s ongoing investigation for abuse of public office will make this task progressively more difficult for Grillo and co.

JORDAN’S KING VISITS THE US 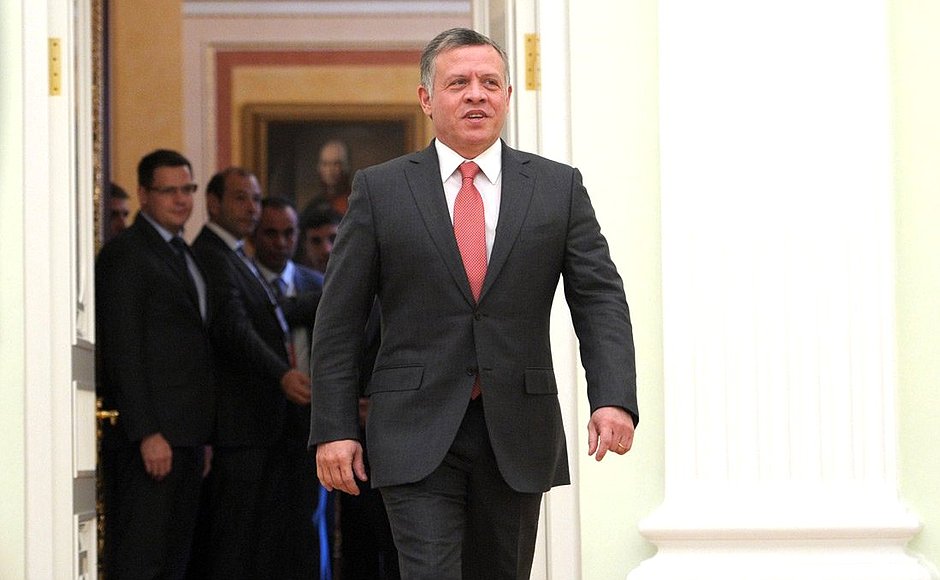 On Monday, Jordan’s King Abdullah will travel to Washington DC, becoming the first Arab leader to visit the Trump administration. The monarch will undoubtedly press the new government to reconsider its controversial move to suspend America’s refugee intake for 120 days.

This issue hits home for King Abdullah. Jordan is struggling to cope with the influx of an estimated 700,000 Syrian refugees, which now comprise some 10% of its population. The country relies on other wealthier states – like America – accepting refugees to ease this burden.

However, King Abdullah is unlikely to labour the point. Jordan has been conspicuously left off the list of countries banned outright from entering the United States. Morocco, Saudi Arabia and Lebanon – all of which have particularly high numbers of known jihadists – have also been left off this list, leading to questions of politicisation of the process.

Instead, Jordan’s monarch will pivot to issues on which he knows he’ll find a sympathetic ear – namely resolving the six-year Syrian conflict. Mr Trump’s recent assertion that he’d “absolutely do safe zones in Syria” will give the Jordanians hope of a more muscular US policy on a critical regional issue. 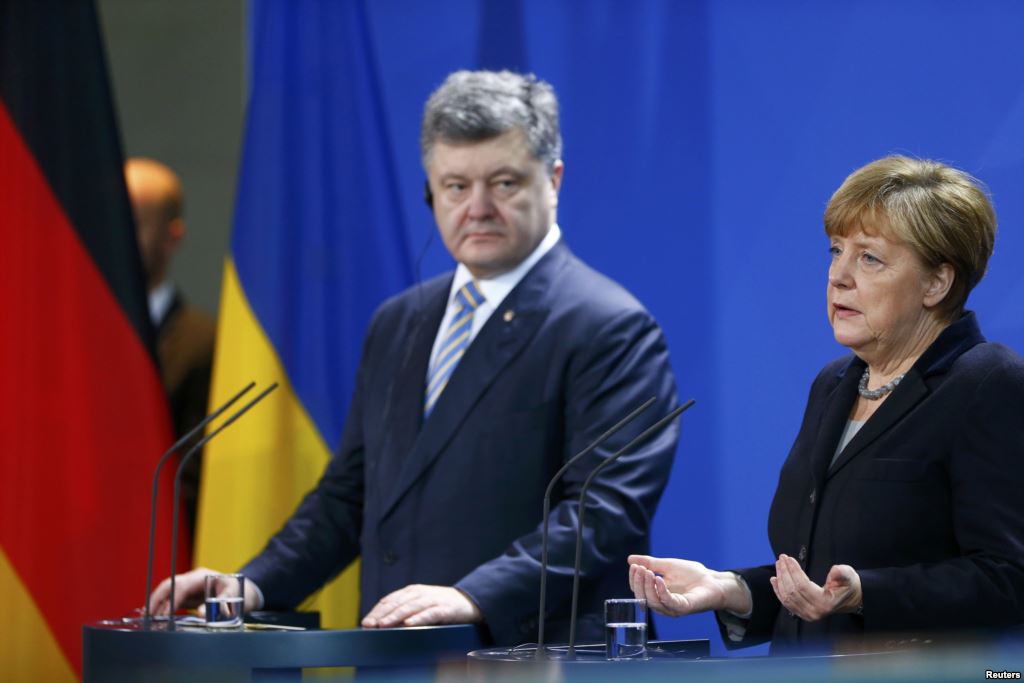 Mr Poroshenko would have let out a quiet sigh of dismay on hearing of Donald Trump’s electoral success. While Ukraine has received some US backing in its struggle with Russian-backed separatists – particularly financial and logistical – it longs for more. Military aid is at the top of the wish list. President Trump is highly unlikely to fulfil these wishes and is, in fact, more likely to roll back anti-Russia sanctions.

In the absence of resolute US policy measures against Russian activities in Eastern Europe, Berlin has an opportunity to fill the void. Germany is already the strongest diplomatic player in the efforts to stop the conflict in eastern Ukraine, and on Saturday it agreed with France not to lift sanctions until there is progress in the Ukrainian peace process. That said, Germany’s robust trade ties with Russia ­­– from which it receives nearly 40% of its total natural gas and oil – will temper Ms Merkel’s approach. Berlin has not yet come out against the Nord Stream 2 pipeline project, which would increase Europe’s dependence on Russian gas and allow Moscow to bypass Ukraine as a transit country. However, there is growing resistance to the project within Merkel’s party, so it clearly will be a topic of debate in the federal elections later this year – elections that Poroshenko will be closely watching.

Nonetheless, Germany’s geographical proximity to potential hotspots in the Baltics, combined with its firm commitment to a muscular NATO presence in Eastern Europe, will provide some comfort to Ukraine’s leadership. Indeed, while President Poroshenko is expected to visit Washington in the coming months, he’ll find more sympathy for his country’s cause at Monday’s meeting.

Protests over fuel price rises expected across Mexico on Monday and Tuesday. Traffic issues and some small-scale property damage likely.

The Council on American-Islamic Relations will hold a media conference to announce legal action against the federal government’s entry ban on citizens from seven Muslim-majority countries.

China-owned tyre maker Pirelli will halt production in Venezuela for two weeks beginning on Monday, citing shortages in raw materials due to the country’s import controls.

France’s foreign minister will lead a 50-person business delegation to Iran on a trade and investment mission.