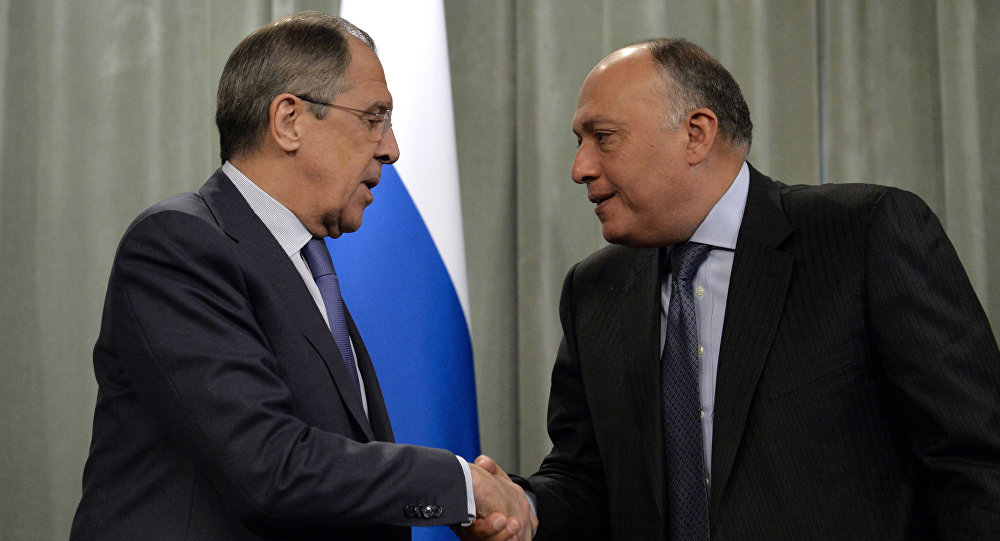 Russian Foreign Minister Sergei Lavrov and Defence Minister Sergei Shoigu will travel to Cairo on Monday to meet their Egyptian colleagues. The meeting is part of the so-called 2+2 dialogue, which was set up in 2013, shortly after general-cum-president Abdel Fattah el-Sisi took power in Egypt as a way of strengthening military and diplomatic cooperation.

While Egypt has been a US ally since the 1970s, the Obama administration’s desertion of President Hosni Mubarak during the 2011 revolution and its subsequent criticism of Sisi’s authoritarian rule has pushed Cairo to reinvigorate Soviet-era relations with Russia.

For its part, Moscow has shown great interest in increasing its influence in the Middle East and North Africa in recent years, with interests in Syria and Libya. Russia has aligned itself with Libyan strongman Khalifa Haftar—a secular general who controls the powerful Libyan National Army based in the country’s east. Egypt also supports Haftar and has allowed Russian forces to use the Sidi Barrani air base, some 100 kilometres from the Libyan border.

Monday’s talks are expected to focus on anti-terrorism and anti-Islamist cooperation in Libya; President Sisi ordered airstrikes on the eastern Libyan city of Derna on Friday, supposedly targeting a camp that helped train those who killed 28 Coptic Christians in Egypt earlier in the day.