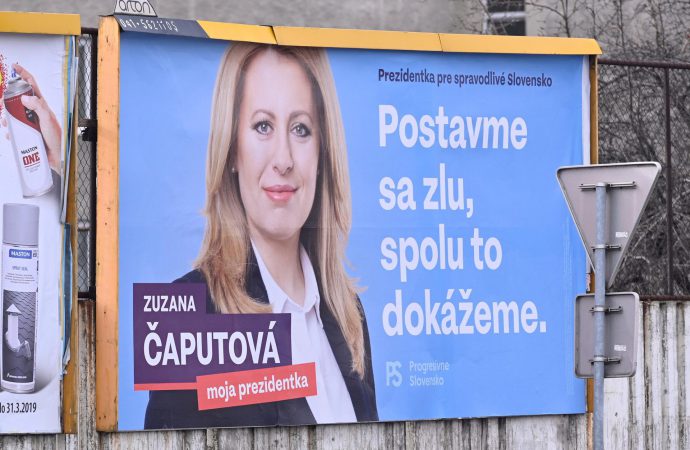 The first round of voting in Slovakia’s presidential election will take place today. The office of the presidency is largely The first round of voting in Slovakia’s presidential election will take place today.

The office of the presidency is largely ceremonial in nature in Slovakia, but presidents retain the important power of approving of new governments and appointing judges. The contest this year is between frontrunners Zuzana Caputova, a lawyer and environmental activist, and Marcos Sefcovic, a Bratislava career politician.

The election is widely perceived as a referendum on the issue of corruption in Slovakia. Support for Slovakia’s three-party governing coalition has collapsed since the suspicious murder of a reporter who was investigating alleged tax fraud by politically connected businessmen. His death sparked a public outcry against political elite in Slovakia that many believe were complicit in the murder.

Since a prior presidential hopeful, scientist and entrepreneur Robert Mistrik pulled out of the race late February, Ms Caputova has skyrocketed in the polls. The latest poll has her at 53%, with Mr Sefcovic polling at just over 16%.

In addition to giving Ms Caputova a chance to combat corruption through the presidency’s judicial appointment power, a victory for the environmental lawyer would also help placate global concerns that Eastern Europe is slowly falling victim to far-right, populist governments. Ms Caputova, while largely campaigning on a populist message, runs on a social democratic platform and is pro-European Union as well.