Germany’s Social Democratic Party will unveil its manifesto for September’s election during its party conference today. After crushing defeats in 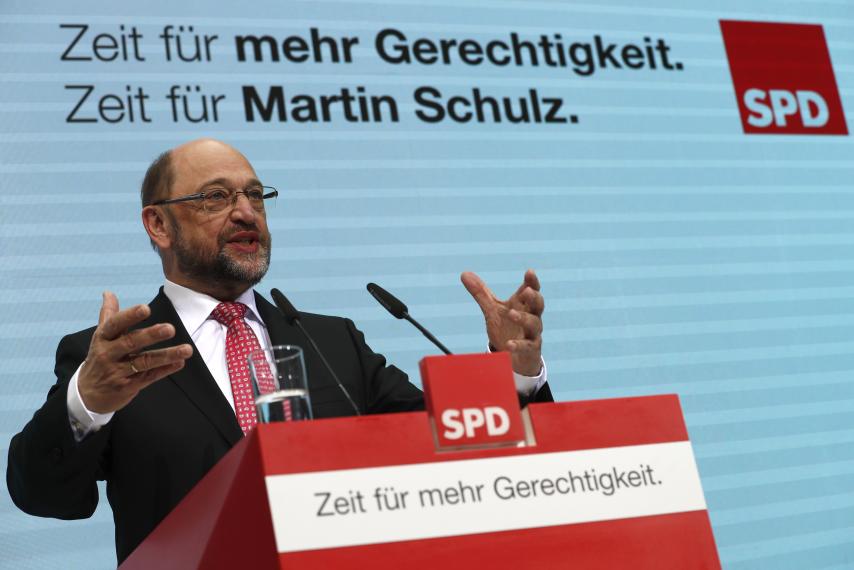 Germany’s Social Democratic Party will unveil its manifesto for September’s election during its party conference today.

After crushing defeats in three recent state elections, Martin Schulz—who inspired a ‘Martin mania’ not so long ago—will have to work miracles if he wants to replace incumbent Chancellor Angela Merkel.

Recent polls give Merkel’s Christian Democrats a staggering 15% lead over Schulz’s SPD. To close the gap, the SPD’s election manifesto will focus on cutting taxes and social contributions for low- and middle-income earners, while also raising the top tax rate from 42% to 45%.

But Ms Merkel remains the country’s most popular politician by far and Schulz’s ascent appears increasingly improbable. Despite this, the SPD will likely remain part of the governing coalition—of which it forms 193 of 503 government seats. The Greens, a party some analysts said could form a government with CDU and FDP, made same-sex marriage a precondition for entering a coalition—a demand the Merkel’s conservatives are unlikely to meet.

With other coalitions unlikely to gain a majority at this time, German national politics appears to be poised for another grand coalition over the next four years.