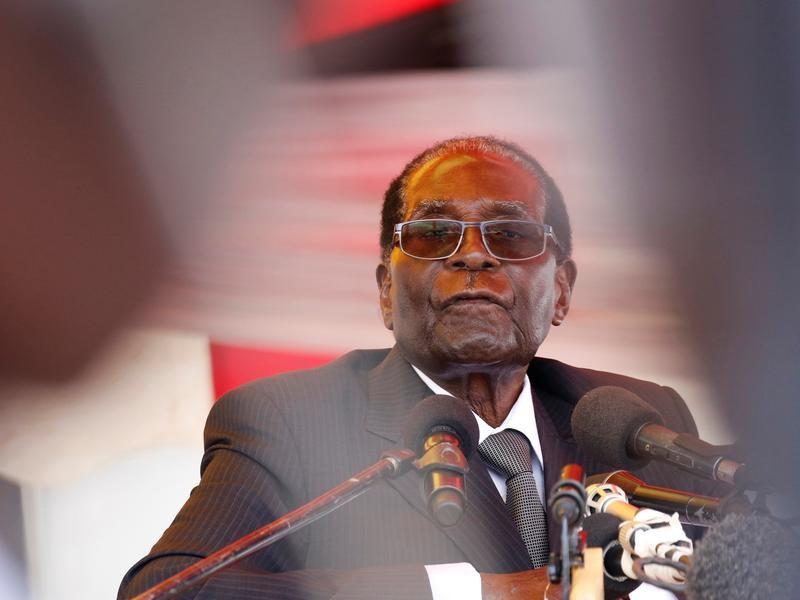 Civil-military tensions started when President Robert Mugabe dismissed Vice President and potential successor Emmerson Mnangagwa as part of a larger purge of party officials. Chiwenga sharply criticised the move and warned the military would intervene if Mugabe purged too many members with close ties to the armed forces.

The showdown comes at a time of economic discontent in Zimbabwe. Delays in government salaries have produced a cash shortage in the country, spiking prices and raising the memory of the hyperinflation that wracked the country in 2009. As a result, Mugabe will have less popular support to shore up his position.

It’s unknown whether this is merely a show of strength to pressure Mnangagwa’s reinstatement or a coup to topple Mugabe. Expect either a severe weakening of Mugabe’s position or a Turkey-style purge of Zimbabwe’s top military leadership. 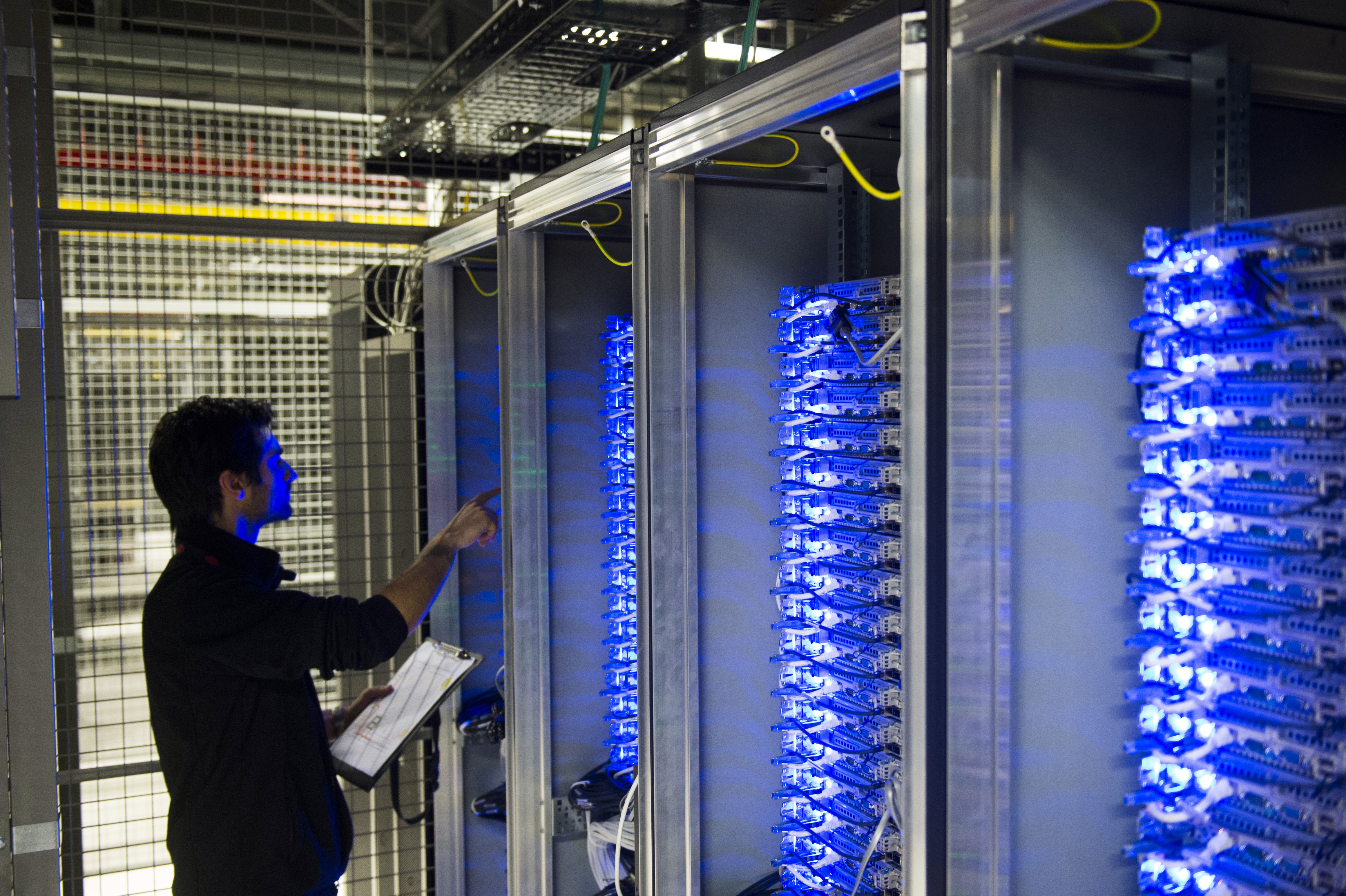 After six years and 16 rounds of talks, negotiations were suspended in 2013, with New Delhi unwilling to cut tariffs on European cars and alcohol and Brussels refusing to recognise India as a “data-secure country”, which would allow the free flow of information between the two economies.

Data flow promises to remain a key sticking point. Recognition as a data-secure country would provide a huge boost to India’s $100 billion IT outsourcing industry—30% of which comes from European based customers. Gaining access European information would allow India to extend its outsourcing services into sophisticated sectors, such as healthcare, clinical research and telemedicine.

For their part, the EU will likely reiterate that India will only be granted data-secure status if its privacy laws conform to European standards. As it stands, that is unlikely; data protection laws in India are muddled across various acts, while the term ‘personal data’ is legally ambiguous. As such, expect discussions to remain difficult. 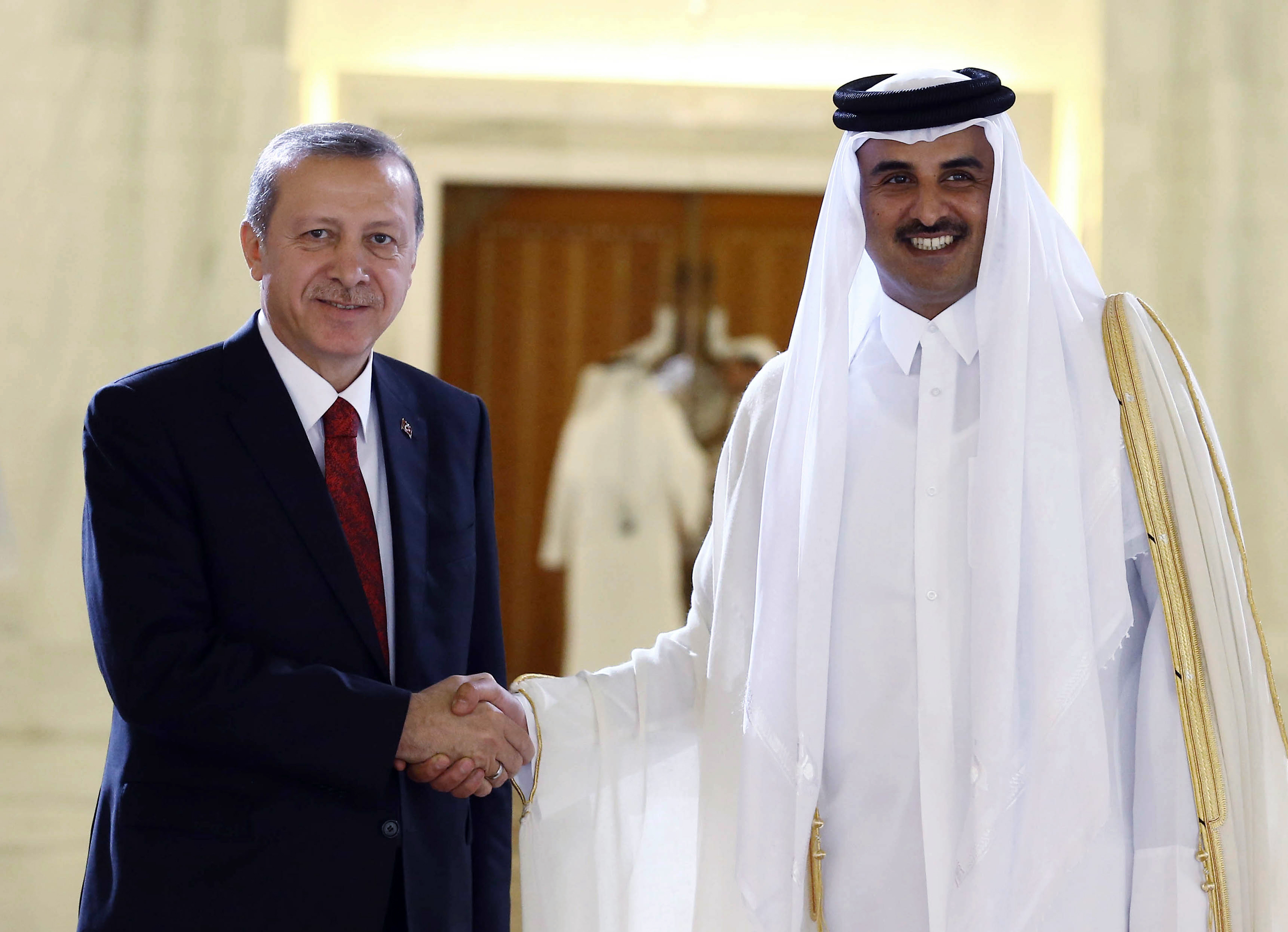 The visit comes a week after leaked documents revealed a UAE plot to artificially spook financial markets into driving down the value of Qatari debt, destabilizing the Qatari economy.

Although the plan is unlikely to proceed, the crisis has hit Qatar’s economy. The cost of insuring Qatari debt has risen 70% since May, while the stock market has plunged by 24%. The financial pressure is forcing state companies to shrink their international profile; the Qatar Foundation is selling its $1.5 billion stake in Vodafone, while the Qatar Islamic Bank is withdrawing from the Asian Finance Bank.

The revealed plot is the death knell for any return to the prior status quo; even a reconciliatory Qatar will be wary of rebuilding economic ties with hostile neighbours. Expect Qatar to expand its economic ties with friendly nations like Turkey, building off of the $1.5 billion in investments Qatar already has in the country.

REX AND THE ROHINGYA

US Secretary of State visits Myanmar amid crisis 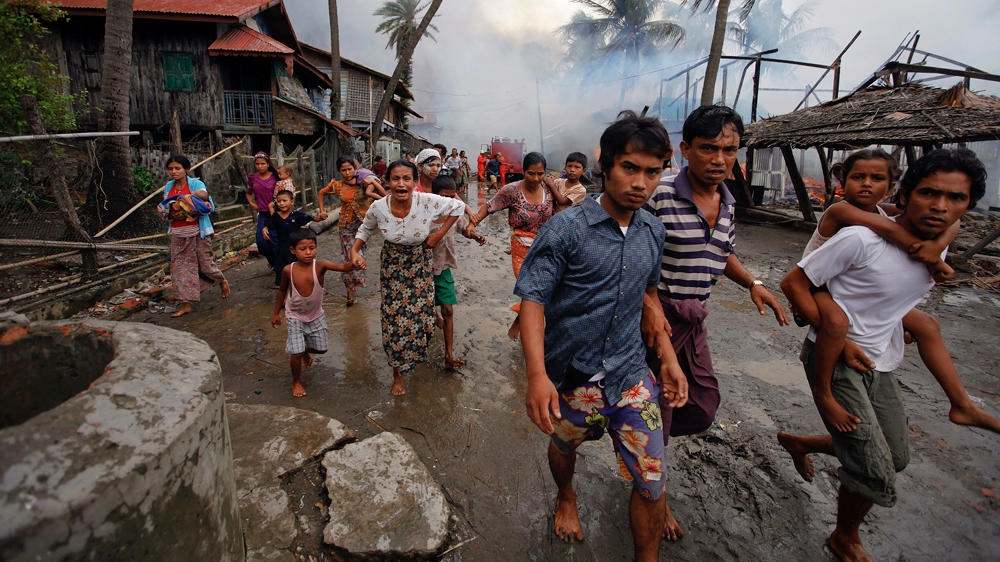 Rex Tillerson arrives in Myanmar today to address the plight of Rohingya Muslims. One UN official has called military operations in Rakhine state, which has resulted in 600,000 Rohingya fleeing to Bangladesh, a “textbook example of ethnic cleansing”.

Tillerson will meet with the country’s de facto civilian leader Aung San Suu Kyi and military head General Min Aung Hlaing. While the secretary has said the US “can’t just stand idly by”, he has been reluctant to term the violence as ethnic cleansing or genocide.

Yet, after being slow to condemnation, momentum for action is building in Washington. Legislation has been introduced in Congress to sanction Myanmar if does not end the violence and the Trump administration is sending aid to the refugees. However, the sanctions bill has been slow to gain support.

Look to Tillerson’s visit for signs of America’s next steps. If he takes an aggressive posture with Myanmar’s leaders and endorses sanctions, expect the proposed measures to gain steam. With sanctions having previously brought the military regime to cede power to Ms Suu Kyi, there is hope that if Washington pursues that route it can again achieve results. 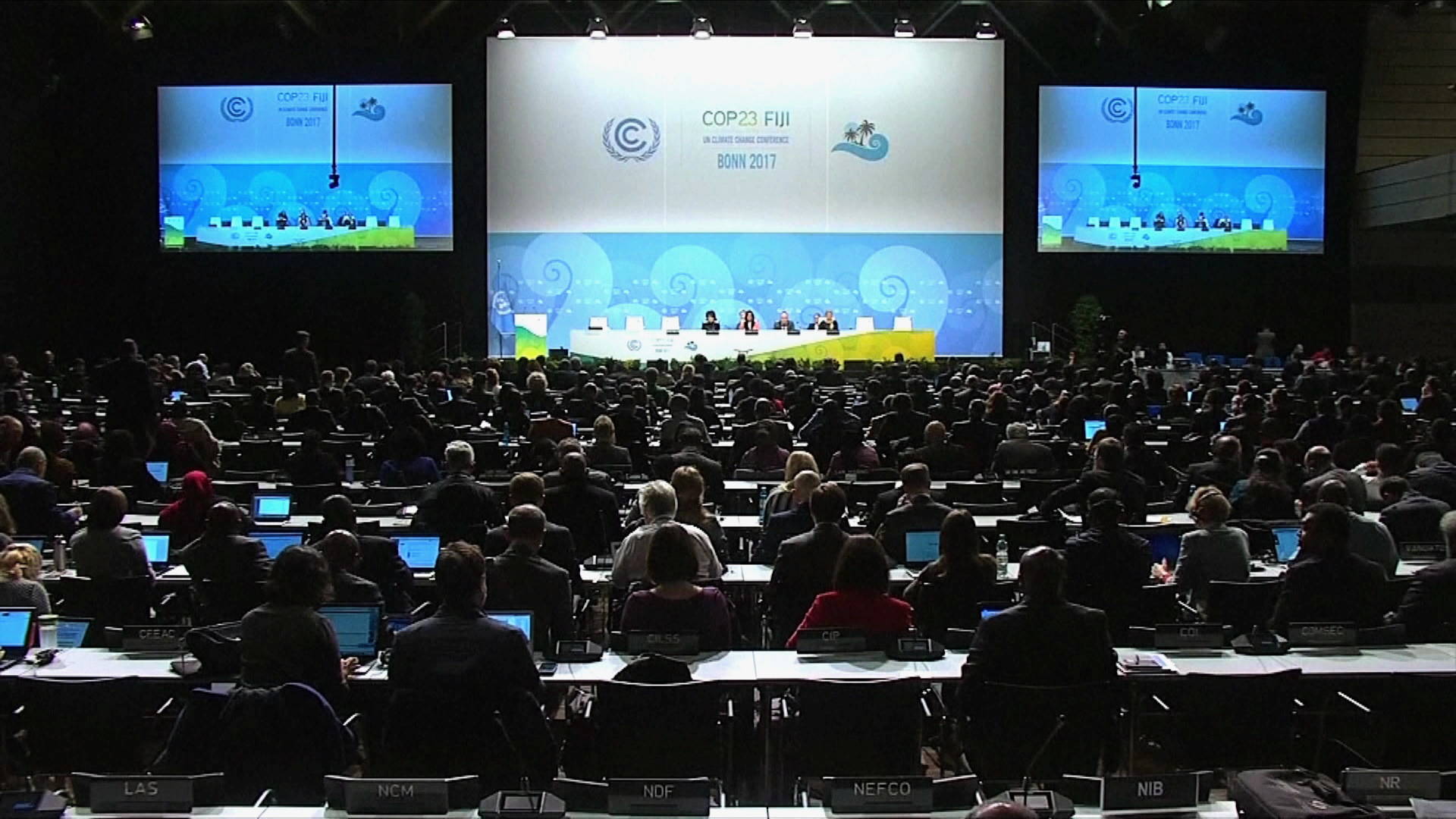 Germany’s Angela Merkel, France’s Emmanuel Macron and UN Secretary-General Antonio Guterres are expected to affirm their commitment to the 2015 Paris Accords. A study presented at the conference earlier this week estimated that global emissions will rise by 2% in 2017 – the first increase in three years. As such, it is likely that the leaders will emphasise the need for a swift implementation of the accords.

Among the absentees will be US President Donald Trump. The US now stands to be the only country in the world to reject the Paris Accords, after Syria signalled its intention to ratify the agreement last week. Interestingly, the earliest that the US can withdraw from the agreement is November 2020, which coincides with the next presidential election.

But carbon emissions wait for no country. The promises made in 2015 to combat climate change will be meaningless until all countries across the world take real action to reduce carbon emissions. 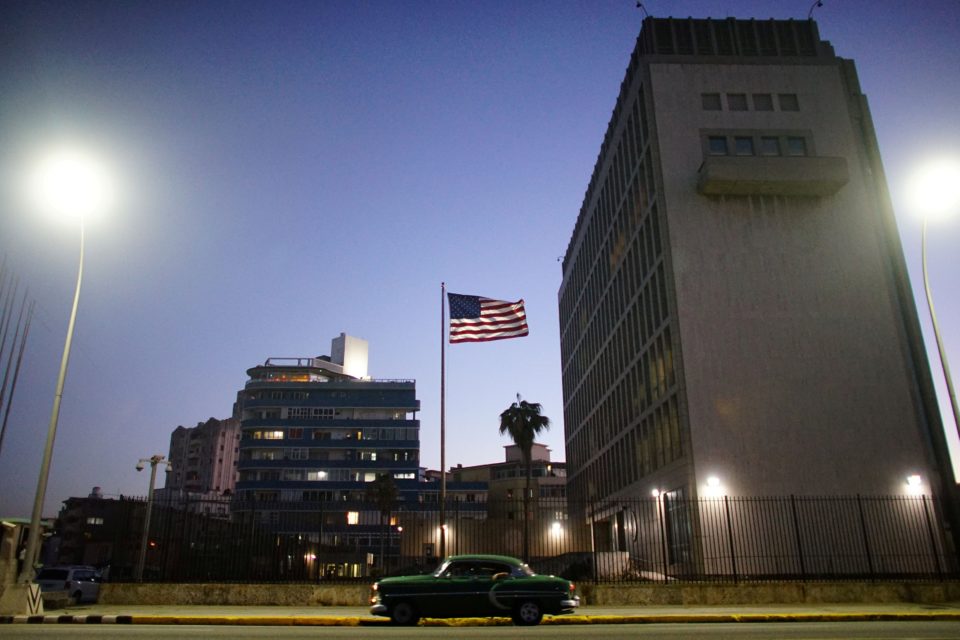 The US Senate Foreign Relations subcommittee will hold a hearing on mysterious sound-wave attacks against US diplomats in Cuba. In response, Washington recalled the majority of its staff from the embassy in Havana in September, also ordering Cuban diplomats out of the States. In October, a Cuban official appeared on state television blaming the ‘attacks’ on cicadas. President Trump has sought to reverse some of Barack Obama’s détente policies towards the Caribbean island.

Russia is expected to sign a debt restructuring agreement with Venezuela said to be worth $3 billion. The deal will provide some reprieve for crisis-ridden Caracas, which struggled to meet a $1.5 billion debt payment just last month. Despite a devastated economy and $120 billion in debt burden, Venezuelan President Nicolas Maduro insists his country will meet its obligation to creditors—analysts are not so confident.

Donald Trump is set to make a “major” announcement on trade today following his trip to Asia. The president has teased the speech by saying he has made some “very big steps” regarding trade with China, South Korea and other countries. While light on details, he promises it will bring down US trade deficits “very quickly and very substantially”.

US authorities will release inflation and retail data.