Will OPEC freeze output in September?

OPEC has a chance to shore up sagging oil prices, will it seize the opportunity?

From September 26 to 28, OPEC officials will hold informal talks on the sidelines of a top energy summit in Algiers. Cartel members will be seeking to iron out a long-awaited production freeze deal to boost low oil prices. In April, a similar initiative was torpedoed by resistance from Iran and Iraq – countries with a much bleaker economic and strategic outlook in early 2016.

Although non-OPEC member Russia says it has not been invited to the talks, it is well known Moscow favours a production cap; as the world’s third largest producer the Kremlin will also hold considerable sway. The significance of Russian cooperation with OPEC members should not be underestimated – together these countries produce more than half the world’s oil.

Any agreement limiting supply from OPEC and Russia will undoubtedly strengthen the market, sending speculators into a frenzy and probably restarting shale production in the US.

WHAT HAPPENED IN APRIL?

The renewed talks come some six months after a similar initiative failed to get off the ground. Understanding the geopolitical factors that caused the demise of the April talks is crucial to assessing the likelihood of a deal today.

In the lead up to April, Saudi Arabia, Russia, Qatar and Venezuela announced that they had reached a preliminary deal to freeze production at January levels – all that was left, they said, was for every other OPEC member to follow suit.

At the time, oil was trading at around $35 a barrel, having risen from a 14-year low of $26 in January. The extreme price dip was causing alarm among oil producers, particularly in Nigeria and Venezuela.

However, despite these jarringly low prices, Iraq and Iran – the second- and third-largest OPEC producers – refused to limit their production, resulting in Saudi Arabia pulling back from the preliminary deal and the talks collapsing. So why did Iraq and Iran rebuff an attempt to strengthen the price of their largest export and will it be different this time around? 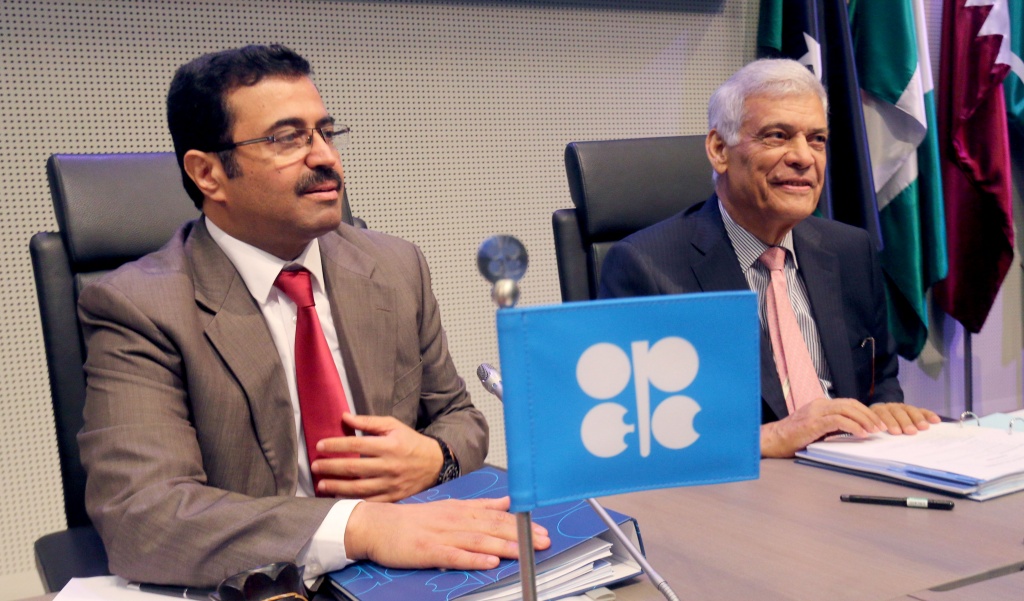 In early 2016, the Iraqi government was under assault from a number of directions. In April, Baghdad faced wave after wave of Shi’a demonstrators calling for the dismissal of the cabinet and ultimately storming the green zone and parliament. Leading up to this crisis, the Iraqi government faced a severe liquidity crisis and struggled to pay civil servants. This financial shortfall can partially be attributed to the billions of dollars Baghdad was spending to combat ISIS in western and northern Iraq. The lacklustre Iraqi military, which infamously fled Mosul in 2014, needed to be bolstered by militiamen. The government’s subsequent recruitment of the predominantly Shi’a Popular Mobilisation Forces was a boon in its fight against ISIS but their salaries were expensive.

For these reasons, Iraq’s government could not justify limiting its production, particularly as it was still bringing additional supply onto the market. Indeed, between the fourth quarter of 2015 and July 2016, Iraq increased its output by an estimated 100,000 barrels per day.

Additionally, it is highly likely that Baghdad was under pressure from its Iranian ally – which was providing much of the support for the Shi’a Popular Mobilisation Forces – not to accede to April’s Saudi-spearheaded production freeze. Iran’s refusal to come to the table was the primary sticking point in the lead up to OPEC’s April meeting.

In February, Iran’s OPEC envoy labelled calls for his country to limit its output “illogical”, saying “some countries” had caused the price drop by raising output while Iran was under sanctions. This quote touches on the most critical question to be asked about a potential OPEC agreement in late 2016: will Iran be willing to cap its production at current levels?

Iran’s oil exports were severely hampered by a raft of hydrocarbon-targeted sanctions imposed in 2010 and 2012 by the US and EU. This led to a substantial decline in Iran’s share of the global oil market, from about 3 per cent in 2010 to 1 per cent in 2013 – a drop of roughly one million barrels a day (mbpd) in exports.

Figures released in August put Iran’s exports at just over 2 mbpd, up from 1.69 mbpd at the start of the year. It is possible that the country could increase supply by the additional 200,000 bpd  required to put total exports at pre-sanctions levels by the September meeting. If this is the case, Tehran is likely to agree to cap production sometime in late 2016.

PROMISING SIGNS FOR A DEAL

Indeed, on August 25, Iran’s oil minister, Bijan Zanganeh, said his country would attend the September talks, resulting in an immediate jump in oil prices. Five days later Iraq’s prime minister confirmed his delegates would also take part and, in contrast to the country’s position in April, expressed direct support for a production cap. While an improved security and political situation in Iraq would have contributed to this decision, it may also be a signal that Iraq’s close allies in Tehran are open to an agreement.

Interestingly, in early September, Russian President Vladimir Putin suggested Iran should be offered an exemption from a production freeze because it “is starting from a very low position, connected with the well-known sanctions”, adding “it would be unfair to leave it on this sanctioned level”.

Putin himself is on record stating that cutting production is the “right decision”; from an economic, political and strategic perspective this makes perfect sense. Russia is heavily reliant on the sale of hydrocarbons to balance its budget which has dipped into the red in recent years, culminating in a deficit of 2.6% of GDP in 2015 – the largest in more than a decade. The Russian economy is also suffering from Western-imposed sanctions over its actions in eastern Ukraine, although Europe’s reliance on Russian gas means that these do not target hydrocarbon exports. Thus, an oil price hike would be warmly welcomed in Moscow. 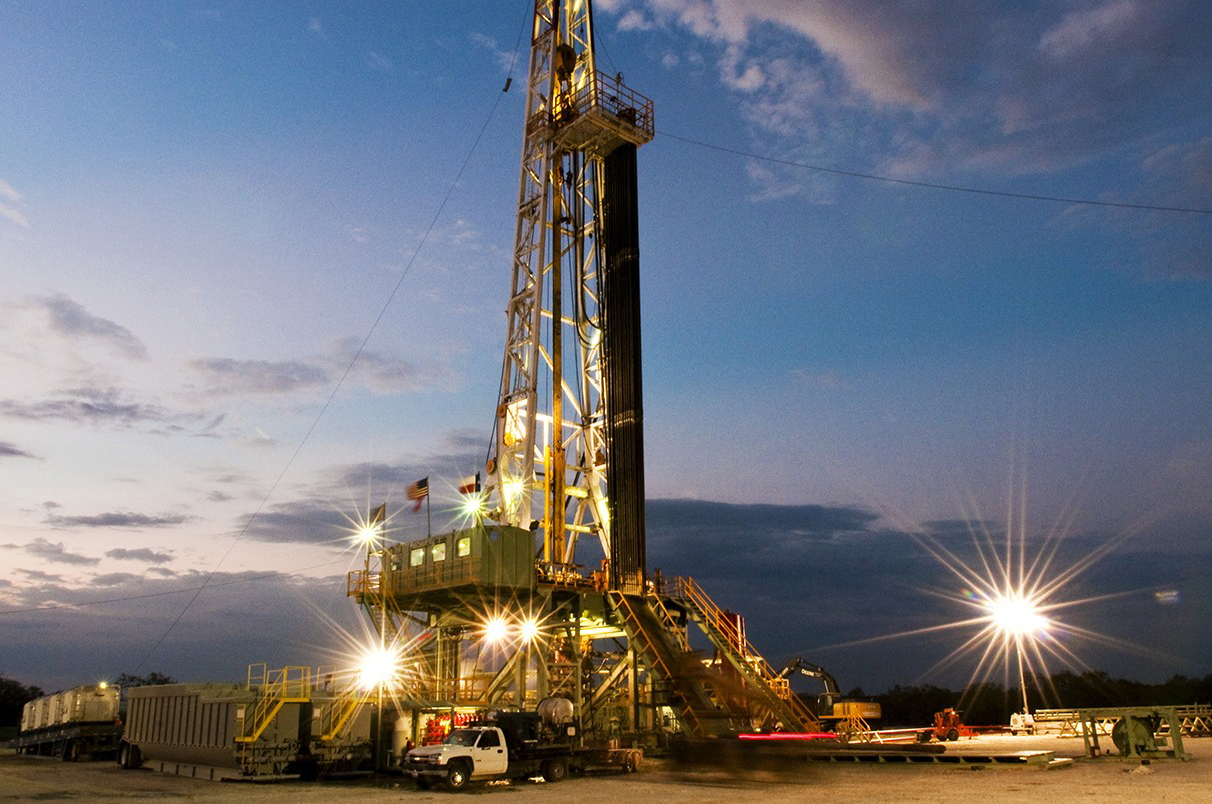 It appears increasingly likely that a production cap will be agreed to by OPEC and Russia in late 2016. There is some question as to whether such a deal will be finalised at the September talks in Algiers or whether OPEC will wait until its biannual meeting in Vienna to be held on November 30.

Ultimately, however, it is unlikely that OPEC can maintain oil prices at artificially high levels, as was the case throughout the mid- to late-2000s. This is primarily due to structural changes in the oil market, including slowing demand from China and the advent and widespread use of hydraulic fracturing to extract previously untappable shale deposits. The nature of shale oil extraction means significantly less time is needed to drill wells compared to conventional deposits, thus requiring less capital investment. This makes shale production more responsive to price signals; if prices rise above $50 or $60 a barrel, frackers will once again begin drilling. Whether the bloated governments of petrostates in countries like Venezuela are able to survive this ‘new normal’ in oil prices remains to be seen.