Madrid will eventually have to offer Catalans further autonomy to deter independence activists.

Three weeks on from the Catalan independence referendum, the Spanish government has imposed direct rule over the region.

– Despite revoking its autonomy, the Spanish government will have no choice but to increase it once again to appease Catalonian unrest
– Prime Minister Mariano Rajoy and Catalan President Carles Puigdemont both lead minority governments: neither can afford to back down
– The lack of European support for Catalonia’s claims will likely hamper ambitions of independence among other regional movements
– Catalonia’s prosperous economy — as well as Spain’s as a whole — will suffer due to businesses’ fears of instability

On October 1, 43% of Catalans attended polling stations across the region to vote in an independence referendum that was both unrecognised and condemned by the Madrid government. While 90% voted in favour of breaking away, the referendum received far more media attention for the violent response by national police, who injured almost 900 people as they attempted to prevent the poll. Under the cover of international criticism, regional Catalan leaders declared their independence from Spain. However, the declaration was immediately suspended by Catalan President Puigdemont to allow for further negotiations with the central government.

With a population of 7.5 million and its own distinct language and culture, Catalonia is currently considered an autonomous community of Spain under the national constitution. It is one of Spain’s richest regions and its capital of Barcelona is one of the most populous urban areas in Europe. Catalonian separatists perceive independence as a way for the region to build on this success, as well as preserve its identity.

In response to current events, Prime Minister Rajoy has invoked Article 155 of the Constitution for the first time in Spanish history. This will allow for the imposition of direct rule during a time of crisis, stripping Puigemont of his powers as regional president and giving the national government control over sectors such as finances, local policing and the regional broadcaster. Puigdemont has responded by refusing all offers of dialogue with Madrid, labelling the act a defiance of Europe’s democratic values and promising that Catalan institutions will steadfastly ignore national control. Despite these protests, Rajoy has also vowed to hold regional elections shortly and raised the possibility of dissolving the Catalan parliament in the coming months.

In 2010, the Spanish government revoked a number of the clauses in the Statute of Autonomy of Catalonia, which caused the regional government to lose multiple powers as well as recognition of Catalonia as a nation. Subsequent protests brought more than a million people in the streets of Barcelona, sparking the beginning of Catalan independence movement.

Catalan independence activists have been frustrated by their lack of national recognition. For instance, despite Catalan being an official regional language, it is forbidden to speak anything other than Spanish at court. This directly contrasts with multilingual countries such as Canada and Belgium, which formally endorse linguistic diversity in all aspects of politics and government.

Ultimately, the issue is not that most Catalans favour complete independence, but rather they have been thwarted in their efforts to increase the region’s autonomy. Polls indicate that that most would like a return to the original statute absolved in 2010 and to keep more money within the region. Pro-Spanish Catalans kept away from the referendum, which partially explains the high proportion of votes in favour of independence on October 1.

By invoking Article 155, Prime Minister Rajoy is attempting to regain some semblance of authority over this state that currently falls “totally outside the law” according to Spain’s king. But for many Catalans, the act is reminiscent of General Franco’s dictatorship under which regional autonomy was also dissolved, a historical link that only further exacerbates tensions.

Madrid believes regional elections will reduce this divisiveness. While it is risky, Rajoy claims that a vote will enable institutional recovery and a return to legality. Moreover, both Puigdemont and Rajoy lead minority governments, so there is a distinct need for increased capacity at both the regional and national levels. Both will require sure footing to talk their way out of the current crisis. 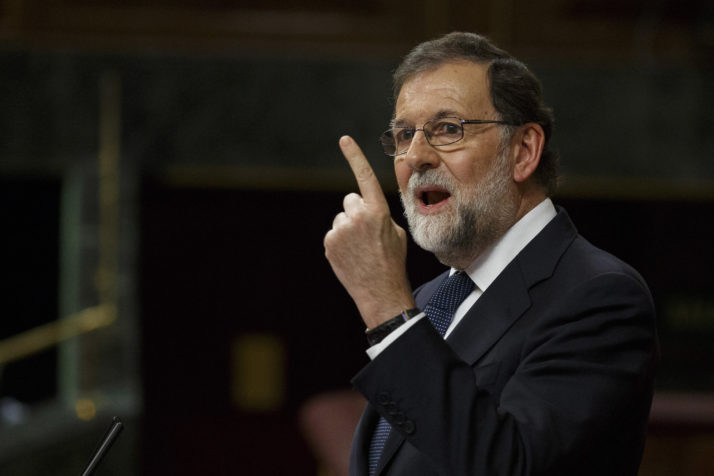 Due to constitutional constraints, the Catalan government will keep functioning until the end of the week when the senate in Madrid will approve the government’s plan to take hold of the region’s institutions. This gives the Catalan parliament time to formulate a response to the government’s actions, which could include calling a session of the regional parliament and then formally voting on independence. With numerous Catalan municipalities opposed to giving the central government more power, it is likely that civil institutions such as the police force will choose to ignore Madrid’s orders in favour of Barcelona’s now obsolete orders. This could result in civil servants refusing to leave their offices, in turn leading to another crackdown by national police forces.

Despite revoking its powers, Madrid will be obliged to give Catalonia further autonomy eventually. More economic freedom, increased cultural recognition and a return to the autonomy statute of 2006 would likely satisfy the desires of the majority of anti- and pro-independence supporters alike. This may be on the table as the Spanish government and opposition have agreed to discuss constitutional reforms concerning regional autonomy.

One way or another, Catalans are likely to vote legally in the coming months, either in regional elections or on further autonomy. If these elections are indeed imposed by Madrid as planned, they would be more divisive than if Puigdemont called them. Elections will also be a gamble for Rajoy, as they could reinforce the pro-independence government, particularly in the wake of the police violence and Rajoy’s invocation of article 155.

On the other hand, if Mr Puigdemont calls the election—a distinct possibility in the coming days—there is unlikely to be significant change in posture. A similar result at the ballot box would not help break the current political stalemate. Either way, until its desires for autonomy are appeased, there is a distinct risk that Catalonia will sink deeper into conflict and civil disobedience.

The divisive political climate will also have a negative impact on the economy. Already since the referendum, over 1,300 businesses—reportedly representing two-thirds of the region’s “productive fabric”—have begun moving their headquarters out of the region due to concerns of instability, and Spain’s growth forecasts have been cut for 2018. These ramifications will be felt for the months and even years to come.

This in turn bodes unfavourably for other independence movements in Europe. Budding nationalist campaigns such as those in Scotland, Bavaria or even other Spanish regions are unlikely to be inspired by the tumultuous and hostile situation in Catalonia. The decisive stance of the EU and its member states in support of Madrid will further discourage proto-nationalist movements in other parts of the continent.

Spain can neutralise the secessionist through the granting of further autonomy to the region, though that may take years to fully achieve. Until then, expect divisiveness to increase within Catalonia and Spain alike.