For the winner of tomorrow’s French presidential election, the hard work is yet to begin.

On Sunday, French citizens across the globe head to the polls for the second and deciding round of the presidential election. The far-right Front National (FN) leader Marine Le Pen is competing against independent centrist Emmanuel Macron. Their starkly contrasting policies offer two very different futures for France. Though polls give Macron a significant lead, Friday’s leak of confidential documents from his campaign may have tightened the race by sowing seeds of distrust. The final hours will be crucial. 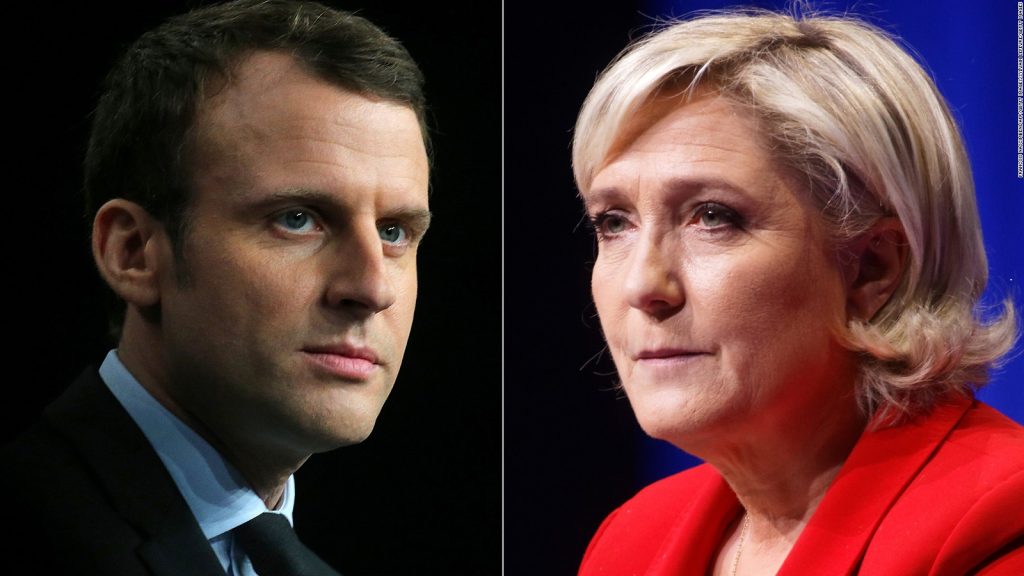 This presidential campaign has been unique for several reasons. Mainstream politicians like Nicolas Sarkozy and Manuel Valls – leading contenders for the candidacies of France’s two major parties – were rejected by primary voters. Then during the first round of voting on April 22, neither major party secured enough votes to send their upstart candidates to the runoff, a historical first.

Macron, the founder of the newly established En Marche! (EM) platform, is tipped to clinch victory on Sunday. While he was appointed Minister of Economy and Finance in the second Valls cabinet and served as a senior aide to deeply unpopular President Francois Hollande, this is the first time Macron has run for elected office. At just 39 years old, he would also be the youngest president in French history. Macron has become the standard bearer for liberal policies and is a firm supporter of NATO and further European integration; he has called for the creation of a Eurozone budget and finance minister, moves typically resisted by Europe’s major powers.

Macron’s policies contrast starkly with those of Le Pen – the former leader of FN (she temporarily resigned last week to contest Sunday’s vote) and daughter of party founder Jean-Marie Le Pen. In 2014, she led the party to success in municipal and senatorial elections, giving the FN its first ever seats in France’s upper house. Having distanced the party from her father’s anti-Semitic rhetoric, Le Pen’s campaign has leant heavily on French nationalism. She has vowed to renegotiate France’s membership of the EU and champions protectionist trade policies and the “anti-Islamisation” of France.

Sunday’s results will bitterly divide France. Macron claimed 24 per cent of the votes in the first round on April 23; Le Pen trailed by just three percentage points. The lead up to the final round has sparked anti-Le Pen protests across the nation, as well as vows of abstention by left-wing voters. Whoever emerges victorious, many are sure to be disillusioned.

Despite the election’s atypical nature, France has a recent history of electoral unpredictability. In 2002, Jean-Marie Le Pen surprised the world by progressing to the final round against Jacques Chirac (Chirac won when mainstream parties united against Le Pen senior). Later in 2005, a then overtly pro-EU France failed to ratify the European constitution in a historic referendum. In an era of Brexit and Trump, it’s perhaps unsurprising that France is going against the grain and opting for non-establishment candidates.

Regardless of Sunday’s victor, it is clear that the French want change – and with good reason. One in four citizens under 25 are unemployed, and France has one of the EU’s highest general unemployment rates. Economic growth remains sluggish, and the national debt is growing fast. More than 200 French have been killed in terror attacks since 2015, and the country remains in a state of emergency. Systemic economic, social, and geopolitical problems have rattled the establishment, at one point leaving incumbent President Hollande with an approval rating of just four per cent.

In this final round, the question is no longer whether change will occur. Both candidates have vowed to shake up the system, albeit in very different ways. Instead, the question is how France will be reformed: by Macron’s Europhilic liberalisation and integration, or through Le Pen’s vision, “in the name of the people.”

As a centrist, Macron is likely to attract more support in the second round than Le Pen. Third-placed contender and former conservative Prime Minister Francois Fillon has urged his voters to elect the EM candidate, who also enjoys support from other European leaders and former US President Barack Obama. While the fourth-placed candidate, far-left Jean-Luc Melenchon, did not pledge to vote for Macron, he has urged his 7 million first-round voters not to cast a single ballot for Le Pen. On the other hand, Ms Le Pen recently announced her intention to appoint Nicolas Dupont-Aignan, another former presidential hopeful, as prime minister. Though this will help her garner some right-wing support, it will not be enough. Macron’s more moderate policies make him better placed for victory.

The results from the first round are certainly telling. A clear vertical divide across the country showed that those in the west generally supported the Le Pen, while those in the east preferred Macron. Paris was the notable exception, where fewer than one in 20 voted for Le Pen. In the 2012 elections, where the FN placed third, this proportion was much higher, suggesting the party is headed for failure in 2017.

That said, winning the first round is no guarantee of success; both Presidents Francois Mitterand and Jacques Chirac experienced electoral success in 1981 and 1995 in spite of second placings in the first round.

Nevertheless, opinion polls suggest that Macron will win convincingly come Sunday. His success in the final debate and his ability to rally voters on both sides of the political spectrum suggest that he will obtain at least 60 per cent of the vote. It’s also likely that a significant proportion of voters will abstain, with many disillusioned by the two polar opposite stances. While a low turnout will aid Le Pen – who has a more established following – it’s unlikely to carry her over the line.

Although Mr Macron is likely to clinch victory on Sunday, he still faces substantial political hurdles. Without the automatic backing of either major party, Macron will lack immediate parliamentary support to push through his liberal platform. His agenda will be stalled until after the legislative elections in June. Macron will need to campaign strongly to gain a cooperative legislature but will be competing in an arena where the FN has been increasingly successful. These issues will drain his political capital for some time.

Abroad, Macron will also be confronted by the complex and politically fraught Brexit negotiations at a time when Euroscepticism in France is still on the rise, as well as protracted conflicts in Ukraine, the Middle East and North Africa.

Faced with domestic problems he cannot quickly address and a difficult international environment that will demand much of his attention, the euphoria of Macron’s likely victory will short-lived.