Any hope for a reset in US-Russia relations under President Donald Trump have all but vanished.

– Sanctions are having a disproportionately negative effect on Russian citizens, particularly those with family or business interests in the US
– US-Russia business ties will suffer in the long-term, to the benefit of Russia-Asia relations
– Moscow’s response to the latest US sanctions will be measured to demonstrate its displeasure without risking further retaliation

On September 2, the US State Department ordered Russia to close diplomatic offices in San Francisco, New York and Washington DC. The closures were the latest tit for tat action between the two countries after Congress passed a bill sanctioning Russia for its alleged interference in the 2016 US elections, which the Kremlin denies. The sanctions target key sectors of Russia’s economy, including mining metals and people or entities making investments in Russian energy exports.

In response to the bill, Russia expelled hundreds of US diplomatic staff across the country, cutting the US foreign service presence from 1210 to 455. On August 1, US diplomats were requested to leave the Serebryany Bor diplomatic compound in the environs of Moscow while the US embassy’s use of Moscow warehouses was restricted. The response mirrored the 2016 expulsion of Russian diplomats from the US where Russian diplomatic compounds in Maryland and New York were confiscated and 35 diplomats under suspicion of espionage were given 72 hours to leave the country. At the time, the Obama administration had accused Russia of interference in the US presidential elections. Russian leaders were then hesitant to respond with reciprocal action, anticipating a fresh start with president-elect Trump. Given the aforementioned Congress bill, Russian authorities have now chosen to take action. The consequences of the reduction in US diplomatic staff are already evident. On August 21, the US embassy in Moscow announced that consulates in the major cities of Saint Petersburg, Yekaterinburg and Vladivostok will be exclusively offering services to US citizens and only the Moscow office will be dealing with applications from Russian citizens.

The radical cut in consulate staff will add to the workload of the Moscow office, increasing visa waiting and processing times. According to US government sources, in 2016 Russia issued a total of 182,958 non-immigrant visas—136,665 of those were issued in Moscow. This comprised 14% of all non-immigrant visa applications issued in Europe and Eurasia. The same work will now be carried out by a team almost three times smaller, and the inevitably slower visa processing will have a significant impact on the lives of Russians with business or family ties in the US.

END OF THE AMERICAN DREAM?

The new visa rules will affect many Russians wanting to visit relatives or study in the US. Delays in visa processing and unplanned expenses for travelling to the capital for an interview—as far as 6,200km away for some—will become unavoidable for most travellers to the US.

Difficulty processing visas will also impact Russian businesses dealing with their US counterparts. If a representative from Vladivostok must endure a lengthy application process at the embassy in Moscow, they are likely to turn to markets elsewhere. China, South Korea and Japan are closer and will issue visas with a significantly shorter waiting times. It would be logistically easier to engage in business with Asian countries, which have favourable immigration laws in place to nurture these relationships. In the long run, such a shift would mean a weakening of Russian-US business ties, but a strengthening of Russia-Asia ties. 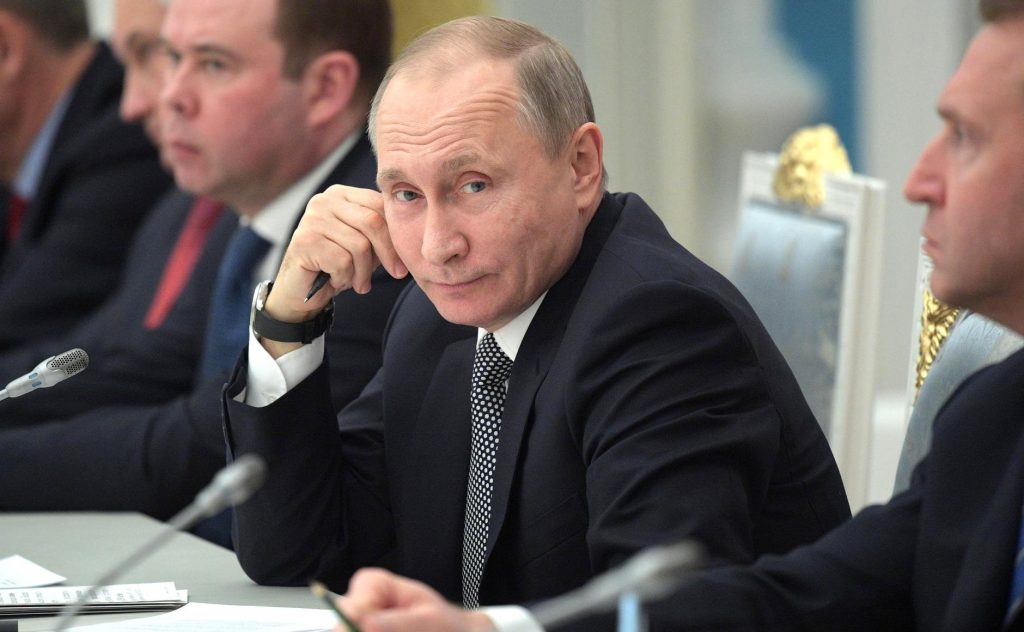 Recent events will not facilitate the anticipated warming of relations between Russia and the US that had been expected under President Trump. Now that diplomatic issues have hit a local level, pre-existing anti-American sentiment among Russian citizens will increase. The number of Russian citizens travelling to the US will decline as tourists turn to destinations that are cheaper and easier to access, and businesses search for better deals.

Russian media has discussed increasing the visa waiting period for US citizens in retaliation. While this seems at first a petty move, this low-key measure may be a face-saver for the Kremlin that also avoids provoking a more serious US response. Moscow will be keen to prevent further sanctions against Russia or reduced operations at US embassies around country.

US actions have yet to affect its own citizens, whereas Russia’s responses have already impacted those currently awaiting visa interviews. Regardless, the Kremlin is reluctant to acquiesce quietly to the new round of sanctions as this could be interpreted as an acceptance of US accusations of election-linked cyber espionage, further damaging the Putin administration’s domestic and international reputation. Further, the opportunity to travel to the US is a privilege available to only a small portion of Russians. Their discontent is unlikely enough to sway the government’s decision-making in the international arena. In such a large country, already hamstrung by unemployment, currency instability and poverty, focusing on citizens who want to spend their holiday in the US will not be the priority.

The situation will likely continue to deteriorate as neither side appears willing to back down. In the long-run, the already negative sentiment between the two governments will project onto individuals. US citizens will be concerned whether it is worth visiting Russia, while Russians will wonder if they have the time and opportunity to attend a visa interview in Moscow; this will hurt people-to-people relations that had just started improving in 2017. On an economic level, the newly imposed sanctions and reduction of diplomatic staff will influence the business relations between Russia and the US as Russian businessmen will need to continuously undergo a complicated visa procedure in order to visit the US. Moreover, Congressional sanctions on Russian business projects, potentially including the major Nord Stream gas pipeline to Europe, could bring these developments to a halt. Such interruption will not only interfere in Russia’s economy, but may also affect the European side of the deals.

Though the true damage to US-Russia relations will only become clear with the publication of the US embassy in Moscow’s annual report of processed visa applications, it is clear that the reciprocal sanctions are going to sting.