A failed coup in Turkey: what next? A comprehensive assessment of the potential outcomes of the challenge to Erdogan’s leadership.

Turkish F-16 fighter jets conduct repeated flyovers of Ankara and Istanbul. Airports across the country are closed. Soldiers seize the headquarters of the ruling Justice and Development Party (AKP).

Erdogan appears in a mobile phone video call to a presenter at CNN Turk studio and calls on Turks to protest in the streets to defend the government; says coup plotters will pay a heavy price.

Explosions at the parliament building.

Reports from Turkish media indicate Colonel Muharrem Köse, who was dismissed in March 2016, is behind the coup attempt.

President Erdogan, who had been on vacation in the Turkish coastal town of Marmaris, lands in Istanbul around 0100 GMT and held a press conference. 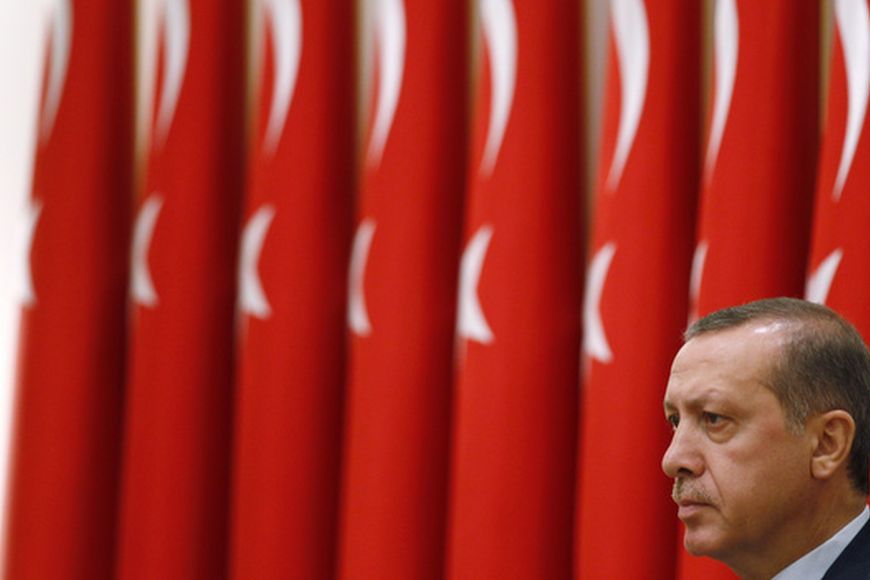 May 2016: resignation of PM Ahmet Davutoglu over irreconcilable differences, predominantly stemming from Erdogan’s pursuit of a presidential system of government.

March 2016: Zaman, the country’s largest print newspaper, is seized by the government and its editor-in-chief removed. Two days later it releases a pro-government edition.

July 2015: a wave of bombings blamed on Islamists inspired or trained by ISIS begins.

December 2013: 52 individuals closely associated with the AKP are detained on various corruption charges. Erdogan accuses exiled preacher Fethullah Gülen of conspiring with his followers in the police and judiciary to manufacture the charges.

May 2013: a sit-in protest begins against an urban development plan for Istanbul’s Taksim Gezi Park. The violent eviction of the protesters prompts nationwide solidarity demonstrations involving millions. The demonstrators rally in support of secularism and freedom of assembly, speech, and the press.

September 2010: a constitutional referendum provides parliament with greater oversight of the judiciary, raising fears the AKP will use the law to appoint Islamist judges.

July 2007: the AKP is returned to power despite concerns in the military about its presidential candidate, Abdullah Gul. A PURGE OF ANTI-AKP ELEMENTS FROM THE MILITARY

Since 2003, the AKP has replaced many senior military commanders by implicating them in plots against the government. This process is likely to be extended further down the ranks in the wake of Friday’s events. Erdogan has already called for the armed forces to be ‘cleansed’.

In the past 24 hours President Erdogan has repeatedly accused the Gülen movement – an Islamist social and political group led by one-time Erdogan ally-turned-foe Fethullah Gülen – of orchestrating the attempted coup.

Gülen is an Islamic preacher who gathered a large following in Turkey but fled to the US after being accused of conspiring against the state in 1999. An early supporter of the AKP, he provided Erdogan with access to his influential network in exchange for his followers gaining placements in the bureaucracy, particularly in the police and judiciary. Over time, Erdogan became increasingly suspicious of Gülen’s followers and began removing them from office. The final break between the two occurred in 2013 when a corruption probe was opened, investigating several ministers and businessmen with close government ties, apparently in revenge for Erdogan’s activities.

While Gülen has denied accusations of being involved in the attempted coup, initial indications suggest the accusations may, in fact, hold some water. Alleged coup leader Colonel Muharrem Köse is known to be associated with the movement.

In March, authorities seized Zaman  – a high-circulation daily newspaper – for its alleged ties to Gülen. Hundreds have been investigated for insulting the presidency since 2014 and Turkey has been consistently ranked as one of the most dangerous places to be a journalist.

The coup attempt will provide the AKP with a clear example of the threat it claims to face and will likely justify the further erosion of freedom of speech.

In the coming months, Erdogan will likely experience a surge in popular support, being portrayed by his followers as a defender of democracy. This may embolden him to pursue the presidential system he has long championed, which would change the presidency from a figurehead to the centre of government.

Currently, the AKP does not have the required two-thirds majority in parliament necessary to implement the constitutional reforms. Rather than call another election (the AKP almost lost power in the June 2015 elections), Erdogan may take the constitutional proposals to a popular referendum.

AGGRESSIVE CAMPAIGN AGAINST THE KURDS

A 2013 ceasefire with the Kurdish insurgent group, the Kurdistan Workers’ Party (PKK), broke down in mid-2015. The PKK has since been accused of orchestrating bomb attacks across the country.

After the coup, Erdogan may pursue a more aggressive policy against the insurgency to distract the population from domestic political issues.

Erdogan has repeatedly claimed Kurdish parliamentarians support the PKK. In May, the AKP passed a law removing parliamentary immunity from hundreds of lawmakers, exposing the Kurdish MPs to terrorism charges. If these Kurdish deputies protest a renewed military campaign, they could be accused of treason and removed from parliament. This would bolster the AKP’s relative power in parliament and put it on the verge of the two-thirds majority needed to enact constitutional reform.

Erdogan excels in divisive politics. The AKP has campaigned around its identity as a neo-Islamist conservative party, which is contrasted with the main opposition Republican People’s Party (CHP), a secular and Western-oriented movement. This has led to increasing polarisation among Turks and a society in which people report on their loved ones for expressing negative views of the president. With the CHP having been in opposition for over a decade, its supporters likely looked to the military – previously the vanguard of democracy and secularism – as their greatest hope.

The failure of the coup will lead to dejection among secularists and possibly result in some violence against government supporters. This could cause Turkey to revisit the 1970s, in which political violence killed thousands before a successful military coup installed martial law.

In the June 2015 election, three parties opposed to the AKP crossed the electoral threshold and entered parliament. As a coalition, they could have formed government, however their failure to do so prompted a second election in November, which the AKP won.

The failed coup and anticipated surge in support for Erdogan may incentivise opposition parties to unite before the next election. Such a move would echo the National Front governments of the 1970s that thwarted the CHP from capitalising on its popularity. However, the deep ideological divisions between the pro-Kurdish HDP and the far-right Nationalist Movement Party (MHP) means this is an unlikely outcome.

The coup leaders claim Erdogan’s policies led to the erosion of democratic and secular values and undermined the rule of law. Erdogan may be compelled to resign for implementing policies that almost resulted in the government’s overthrow.

However, the coup’s failure and Erdogan’s personal popularity among many Turks, as well as his authoritarian ruling style, make this very unlikely.

A civil war could break out between pro-government loyalists and supporters of the coup. However, the anti-government movement appeared to enjoy limited support in the military, while opposition parliamentarians have denounced the violence. At the present time there is not enough support for radical opposition to the government to sustain a civil war. US Secretary of State John Kerry expressed ‘absolute support for Turkey’s democratically elected, civilian government’, echoing a similar statement from the White House. The comments suggest Washington will continue to back Erdogan, who has proven a difficult but important regional ally.

On the other hand, Erdogan’s accusation that the attempted coup has been ‘directed from Pennsylvania’ by Fethullah Gülen, who has lived in exile in the US since 1999, may cause further friction in US-Turkey relations. Ultimately however, these are not expected to cause any major strategic shifts in the status quo.

CLOSER TIES BETWEEN BRUSSELS AND ANKARA IN JEOPARDY

The migrant deal that the EU and Turkey signed in March, which promised closer integration between the European bloc and its southeastern neighbour, is now in danger of collapsing.

In return for accepting the return of migrants from the EU, Turkey was offered an accelerated membership process and a deal on visa-free travel for Turks throughout the EU’s Schengen area. Over the past six months, neither of these promises have been fulfilled and relations between the two have steadily deteriorated. While the recent resignation of Turkish Prime Minister Ahmet Davutoglu, who was instrumental in Turkish-EU relations, may have boded ominously for closer ties, the latest political turmoil may very well consign Turkey’s EU ambitions to the history books. To be sure, the coup attempt is by no means the only cause of this setback, but Turkish political instability is the last thing Brussels will want to introduce to a union that already appears to be fraying.

If the promised visa-free travel deal and move towards Turkish EU accession fail to materialise, Ankara is likely to stop accepting returned migrants from Greece and remove security measures preventing people from crossing into Europe. In a speech made in May, President Erdogan hinted at this possible outcome, telling European leaders “we’ll go our way, you go yours”.

The total collapse of the migrant deal – which has been successful in limiting the amount of people traversing the eastern Mediterranean route – would be disastrous for Europe, which is reeling from the Brexit vote and the rise of far right-wing parties, which, in turn, have used the influx of migrants to fuel their popularity.

If Erdogan emerges from the latest domestic political tumult as a more popular leader and removes elements opposed to his rule from the military, he may adopt a more muscular approach to the Syrian conflict.

President Erdogan has shown a willingness to use military operations to his political benefit. In 2015, Erdogan ordered the resumption of hostilities against the Kurdistan Workers’ Party (PKK) just months before a general election in which it appeared that the far-right MHP and Kurdish HDP looked likely to divert votes from the AKP. By ordering the military to attack PKK targets, Erdogan both vilified Kurds and coaxed them into violent responses, ultimately lowering the popularity of Kurdish politicians. On the other side of the political spectrum, Erdogan’s resumption of hostilities against the PKK, as well as the resultant increase in nationalist rhetoric, brought many far-right voters back to the AKP.

In the aftermath of Friday’s attempted coup, the president may again seek to solidify his position by adopting muscular, security-based policies, particularly in relation to the conflict in Syria, thus rallying nationalist sentiment around the conservative AKP. This may take the form of a limited incursion into northern Syria. Such a move would hamper the expansion of Kurdish groups (a primary Turkish national interest), help combat ISIS – which has conducted multiple high-casualty attacks in Turkey this year – and also potentially bind Erdogan more closely to Washington, which has consistently sought more action on Syria from its regional partners.

Additionally, reports indicate that influential elements in Turkey’s military are opposed to a large-scale intervention in Syria. Should these elements be removed, Erdogan may find the military more willing to intervene in northern Syria.

A less drastic (and probably more likely) outcome could include increasing support for anti-Assad Sunni Islamist groups in Syria.