Hezbollah on the rise Hezbollah’s regional adversaries are moving to confront its growing strength.

On April 27, Israel conducted an airstrike on the Damascus International Airport, destroying an arms depot controlled by the Lebanese militia Hezbollah. Due to its role in the in the Syrian Civil War, Hezbollah has seen a substantial increase in its military assets and capabilities. This has drawn the attention of the group’s regional adversaries, who are preparing to confront the revitalised force.

Since its establishment in the early 1980s, Hezbollah sought to protect Shia Lebanese civilians from Israel. Initially this meant waging guerrilla warfare against Israeli forces in Southern Lebanon from 1985 until 2000 when Israel withdrew, and again in 2006, which resulted in a bloody stalemate. Although Hezbollah has skirmished with other Lebanese militias and committed terrorist attacks overseas, it has primarily been a local militia combating Israel’s presence in Lebanon. The Syrian Civil War has changed this dynamic.

Hezbollah has a long relationship with Syria, which stationed some 20,000 to 40,000 troops in Lebanon during its civil war. Within this period, alliances shifted frequently, but Syria relied on Hezbollah as a deterrent against Israeli aggression in the south and Damascus provided the group with a steady supply of weapons and aid. When Syria itself descended into civil war in 2012, Hezbollah feared it would lose its second most important backer (after Iran).

Initially Hezbollah’s intervention appeared ill-fated. As many as 88 fighters died in May 2013 and spikes in deaths occurred periodically through to 2015. The casualties Hezbollah suffered did not seem proportionate to the then ambiguous threat that Syria’s collapse could pose. Public sentiment was also against Hezbollah; the New York Times reported in May 2013 that Shias were discontent with Hezbollah “fighting fellow Arab Muslims.”

However, in November 2015, ISIS claimed responsibility for two bombings in southern Beirut that killed 43 people and injured hundreds. This brought the Syrian conflict to Lebanon and vindicated Hezbollah’s claim that Sunni militias, if not stopped in Syria, would come to Lebanon. Furthermore, monthly casualty rates never again reached the peaks of 2013, due in large part to Hezbollah’s improved military capabilities and domestic support. 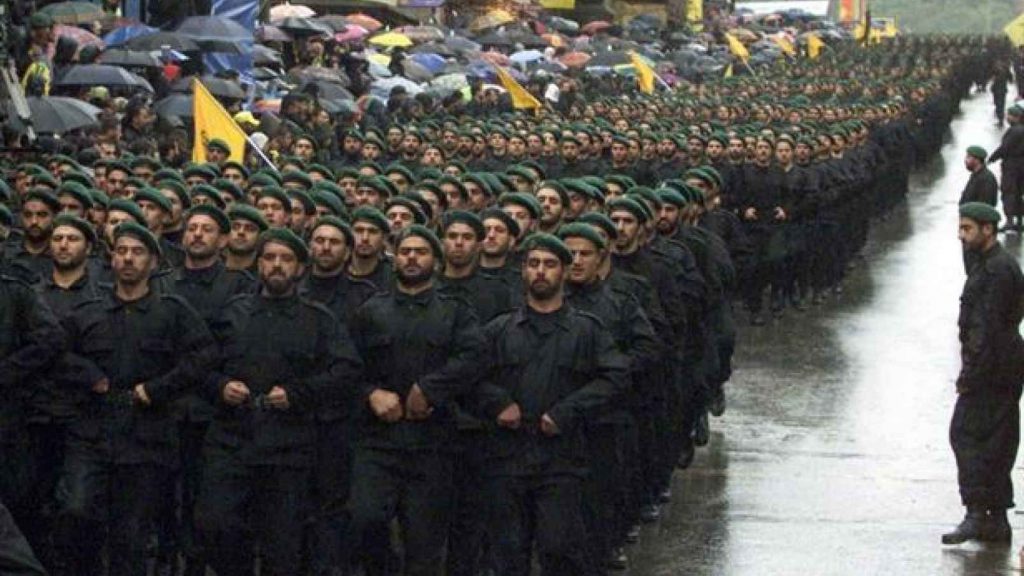 Hezbollah’s intervention has led to an increase in both the quality and quantity of their arms and the combat experience of their troops. In 2006, Hezbollah had 20,000 soldiers and 12,000 rockets. A decade later, rigorous recruiting in Shia areas and agreements with Syria and Iran have boosted their manpower to 45,000 and their rocket stockpiles to as much as 100,000. These rockets include hundreds of Syrian D-model Scud missiles capable of firing 500km.

Hezbollah has also acquired new military assets. In November 2016, the group presented an armoured division that included Russian T-72 tanks and US armoured personnel carriers (likely from the Lebanese army). They have also been experimenting with drone technology, using low-cost drones to bomb rebel positions in Aleppo. Furthermore, Iran has reportedly aided Hezbollah in setting up their own arms manufacturing plants.

Hezbollah is also learning to fight in different environments. Until their involvement in Syria, it was an isolated militia waging guerrilla warfare. However, by working with Syrian, Iranian, and Russian forces, Hezbollah has gained experience in coordinating attacks with multiple groups and utilising allied airstrikes. They have also developed new strategies for attacking armoured vehicles and aircrafts. The group’s expanded military assets and capabilities now make it a significant threat to regional actors.

After fighting to a stalemate in 2006, Israel has been wary of Hezbollah’s growing power and Tel Aviv has carefully monitored its development. In 2017, the Israeli Defence Force (IDF) began focusing their training on fighting the Lebanese militia and the IDF has conducted air strikes on Hezbollah weapon convoys within Syria. While a vast asymmetry between Israel and Hezbollah’s military capabilities remains, Tel Aviv is already preparing for a confrontation with a significantly better-armed and organised group than it last encountered.

Tensions between Hezbollah and Saudi Arabia have also risen because of the Syrian conflict. Though Nasrallah has always held anti-Saudi views, these have been aggravated by fighting Saudi-backed Sunni militias in Syria. Moreover, in 2015 he claimed “Wahhabism (the Saudi state religion) is more evil than Israel.” This is a significant shift in priorities and suggests Israel is no longer Hezbollah’s primary regional antagonist.

Saudi Arabia has responded in kind. In 2014, Riyadh designated Hezbollah a terrorist organisation and banned the Saudi Hezbollah branch. In 2016, following Hezbollah’s criticism of the execution of Shiite Sheikh al-Nimr, Saudi Arabia declared that “Hezbollah’s militant and extremist activities should not be tolerated by any nation or organisations.” Saudi Arabia also sees Hezbollah as a proxy for its regional rival Iran and will seek to limit its influence.

THE FUTURE FOR HEZBOLLAH Hezbollah’s presence in Syria will not end soon. War fatigue may hurt the group’s domestic support but if the threat of spill over remains, Hezbollah can portray themselves as Lebanon’s protector. Additionally, every day the group stays in Syria, they gain better-trained soldiers and further access to improved munitions. This will eventually become intolerable to other actors.

Saudi Arabia is unlikely to challenge Hezbollah militarily as it lacks a land border with Lebanon and it is struggling with its own war in Yemen. However, Riyadh may bolster its support for proxies in Syria as indirect opposition. Saudi Arabia has also unblocked billions of dollars’ worth of military aid to Lebanon in an effort to strengthen their allies at the expense of Hezbollah. It may also seek covert coordination with Israel; both Riyadh and Tel Aviv have more to fear from Hezbollah then they do from each other.

Israel will continue to launch attacks to hinder Hezbollah’s capabilities, and are likely to intensify their activities in Syria. Tel Aviv may even go to war against Hezbollah if they continue to expand. It faces little risk of retaliation from this option as Hezbollah’s primary allies in the region are hamstrung by their preoccupation with the Syrian Civil War. Nevertheless, such action would increase the volatility in the region and further complicate the already complex web of regional relations.

Israel’s attack on the Damascus international airport suggests it is leaning towards directly combating the growing power of Hezbollah, regardless of the consequences for regional stability.