Us against the world: Israel, the US and UNESCO

Short-termism by Washington and Tel Aviv will likely have them rue their decision to leave UNESCO.

The US and Israel have announced their departures from UNESCO, claiming the body is anti-Israel and suffers from significant funding issues.

– The US and Israel have long been critical of the UN, claiming the organisation is not only biased against Israel but also rife with diplomatic, bureaucratic and financial problems
– The Negroponte doctrine, under which the US vetoes or votes against action targeting Israel without parallel criticism of Palestine, has been reinvigorated by the Trump administration
– Israel, and more importantly the US, risk jeopardising future Palestinian and Arab relations for short-term political actions, as well as wider reform of the UN

The announcement that the US, followed a few hours later by Israel, would depart from the UN’s key educational, scientific and cultural body—UNESCO—took the world by surprise. Both parties have accused the body of a ‘continuing anti-Israel bias’, particularly after it admitted Palestine as a member in 2011 and more recently inscribed the city of Hebron as a Palestinian World Heritage site.

This is not the first time that the US has pulled out of UNESCO. The Reagan administration left the organisation in 1984 over concerns with corruption and a perceived ideological bias towards the Soviet Union—the US did not re-join until 2002. However, this is the first time that Israel has made moves to leave a UN body itself. While the US and Israel suffer from a sense of animosity towards the UN, their current relationship with the organisation, and their future actions within it, are critical to peace efforts in the Middle East.

LOVE TO HATE, HATE TO LOVE

The US has had numerous public disagreements with the UN and its branches. Successive administrations have claimed that the UN is biased against them, and that its bureaucratic nature limits its ability to enact positive change. Organs like the Human Rights Council (HRC) have long been criticised by successive administrations; the US was kicked out of the HRC’s predecessor, the Commission on Human Rights, in 2002, and Washington boycotted the HRC entirely in 2008.

The move follows a definitive trend. President Donald Trump’s tweets in January 2017 suggested the US would cancel billions in payments to UN climate change bodies, threats followed up with the US’ exit from the Paris Agreements later in the year. Republican administrations have tended to be more critical of the UN, as its conservative factions often view the organisation either as wasteful and inefficient or a stepping-stone to a ‘world government’ that jeopardises US interests. Yet rather than advocate for change within these institutions, the US has typically withheld funding or withdrawn altogether.

Israel has long been an outsider within the United Nations. Thirty-two UN member states, predominantly members of the large, pro-Palestinian Arab and African bloc, have been vehemently opposed to Israel since its establishment and do not recognise it as a state. This has made it increasingly difficult for Israel to participate in the UN’s various forums. These blocs have wielded their diplomatic power in dozens of UN resolutions criticising Israel’s occupation and heavy-handed policing of the Palestinian territories. It remains the only nation given a specific agenda item at the HRC, where members are mandated to discuss Israel’s continued occupation and human rights abuses against Palestinians.

Like the US, Israel’s international engagement is shaped by its domestic politics—current Prime Minister Benjamin Netanyahu, intermittently in power since 1996, has long been suspicious of international institutions as anti-Israeli and skewed towards Palestinian interests. However, Israel and the US have a tacit agreement to counter this perceived bias within the UN system.

THE NEGROPONTE LEGACY AND UNESCO 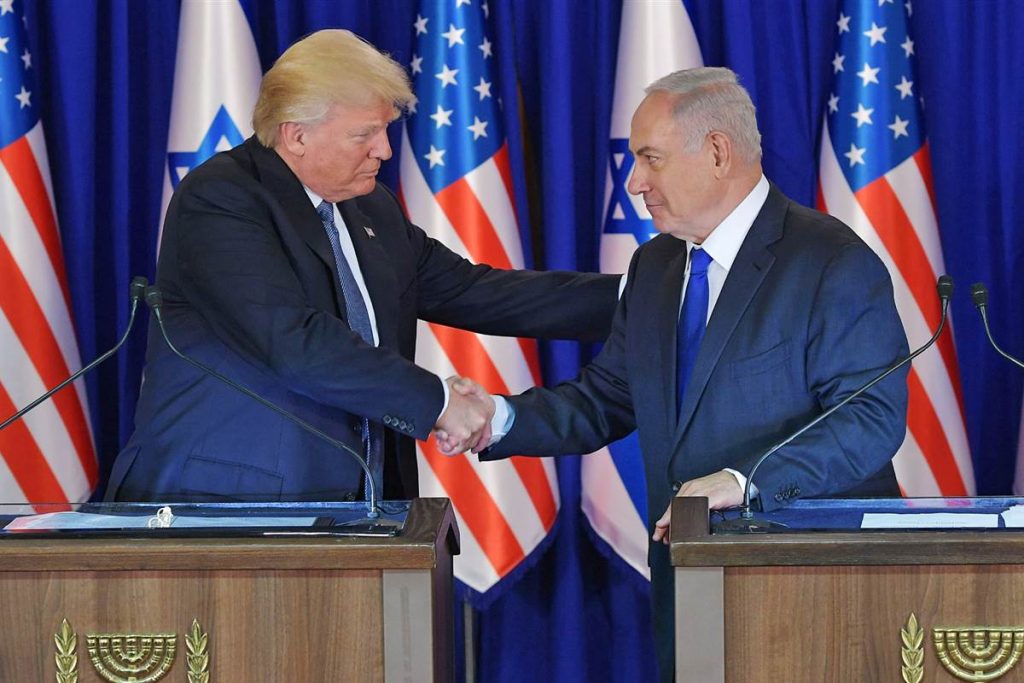 The joint US-Israel approach to UN matters is deeply intertwined with the legacy of former US ambassador to the UN John Negroponte. An experienced career diplomat and staunch Republican, Negroponte instituted an unofficial dogma whereby any resolution condemning Israel at the UN had to include condemnation of Palestine and Palestinian groups. The US and Israel vote against any resolution mentioning Israel that does not explicitly reference these groups, and the US exercises its veto right in the Security Council under the same circumstances.

The doctrine also applies in UN forums where Palestine is admitted as a sovereign member and given the same voting rights as other nation states. While Palestinian authorities suggest this move stifles any discussion of Israeli crimes against Palestinians, Israel sees it as a way of balancing out unfair criticism against them.

Current US Ambassador to the UN Nikki Haley has adopted the Negroponte doctrine, but lacks the experience of her predecessor. She has been unusually blunt in her criticism of member states and the UN body, accusing the UN of ‘bullying’ Israel, and suggesting the US may pull out of the HRC over anti-Israel concerns. This rhetoric has paralleled the growing international isolation of the US and Israel under Trump and Netanyahu. Netanyahu has found a better friend in Trump—who is more overtly pro-Israel than former President Obama—empowering him to be more open about his criticisms of the UN and to pursue controversial settlement expansion in the West Bank without fear of international criticism. The US has been a relatively impartial global power, aided by its willingness to abide by the rules it helped create within international institutions. This has allowed the US to build crucial economic and military partnerships in the Middle East with Arab powers while maintaining its traditionally strong links with Israel. However, unilateral withdrawal from UNESCO on the anti-Israel issue could hurt this image of impartiality, subsequently weakening US influence in the region. Additionally, future agreements with traditional regional agitators like Iran could be impacted by this perception of bias towards Israel.

As the UN has been the primary mediating body for international disputes, withdrawal from the UN’s various bodies could weaken engagement between Palestine and Israel. Tension between Israel and Palestine is extremely high as Israel continues to build illegal settlements on Palestinian-claimed land and forceful security tactics. The Netanyahu government’s abrasive approach to international cooperation and the Arab world has also increased tensions between it and the region.

Nonetheless, there is now yet another opportunity for peace, as Fatah and Hamas discuss setting aside their differences after more than ten years of interparty conflict and move Palestine towards regaining a united political front. Withdrawal from UNESCO weakens this opportunity for peace, as it demonstrates Israel’s refusal to cooperate with Palestine as an equal partner. This could have a disastrous effect for future peace efforts between Israel and Palestine and reduce the already limited engagement between the two even more.

The US could also renegotiate President Trump’s call for UN reform. The current administration has found an ally in its reform calls in current Secretary-General Antonio Guterres, but withdrawing from UNESCO risks marginalising key reformists like Guterres and serves only to entrench the organisation’s numerous institutional and bureaucratic problems deeper.

By leaving UNESCO, Trump and Netanyahu have pitted their nations against the rest of the world. While departing and penalising UNESCO may appear politically expedient in the short-term, the US and Israel’s decision could serve to complicate problems they had otherwise hoped to overcome.