The struggle to unite Libya Despite renewed international support, it’s a tough road ahead for Libya’s unity government.

Libya’s UN-backed Government of National Accord (GNA) received a major boost on Monday when top foreign ministers meeting in Vienna agreed to ease a UN arms embargo, paving the way for the unity government to receive military support in its fight against ISIS.

While the meeting focussed on combatting ISIS, the general security situation in Libya was also on the agenda. In a joint communiqué released on Monday evening, the 21 countries in attendance vowed to cut ties with other governing groups and recognise the GNA as the sole legitimate government.

The presence of extremist groups such as ISIS, Ansar al-Sharia and Al Qaeda in a country bordering southern Europe has raised alarm.

The European migrant crisis has also focussed attention on Libya. Due to the clamp-down on migrant flows through the Balkans it is feared that Libya will become the primary departure point for migrants seeking to enter Europe. The risk of terrorists concealing themselves among the waves of migrants raises the stakes significantly.

But will the GNA be able to capitalise on international support, or will rival groups in eastern Libya, led by General Haftar, undermine the renewed push for stability? 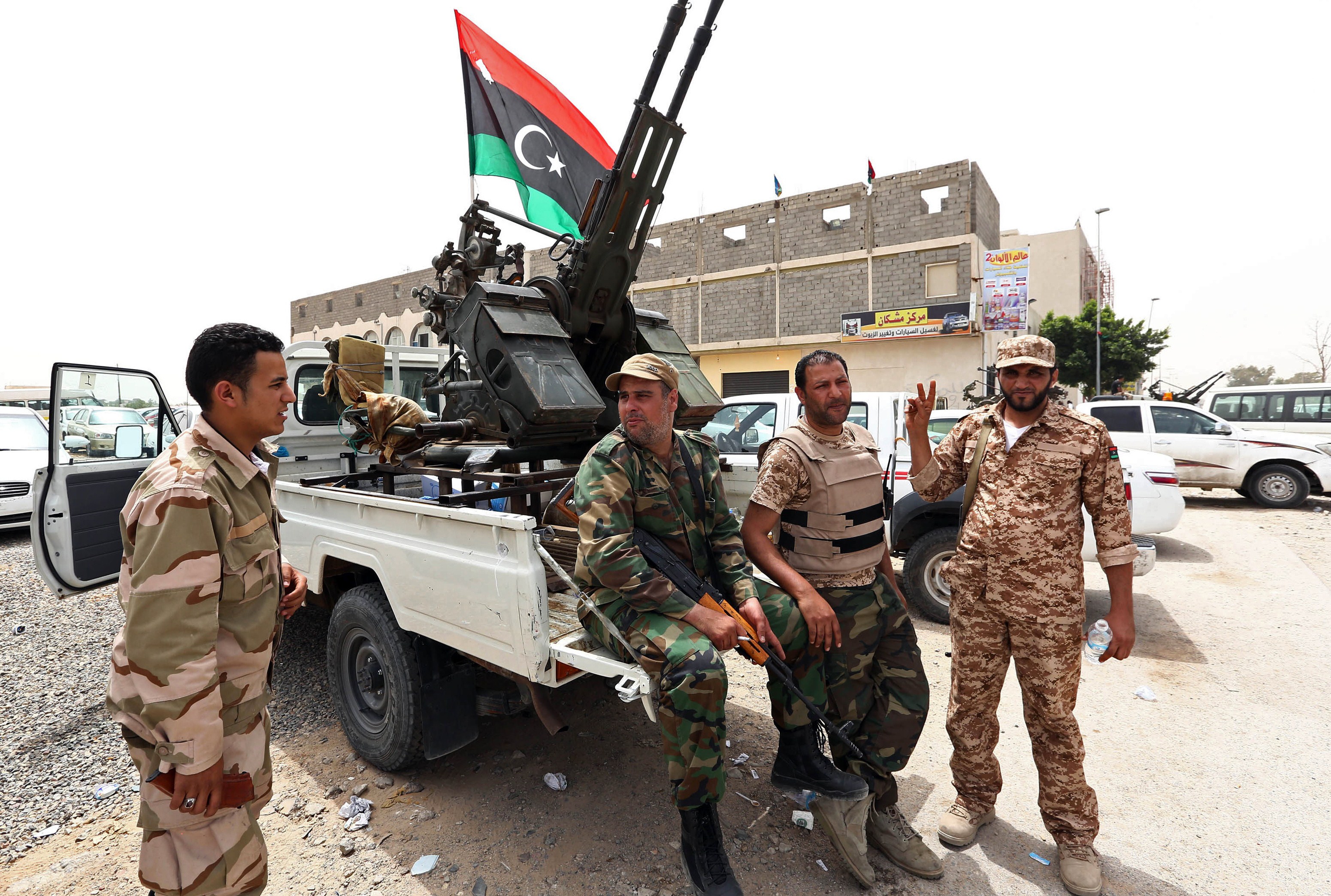 The patchwork of revolutionary militias that once formed the anti-Gaddafi coalition disbanded and jostled to control territory, gain international support and seize resources – oil in particular.

While it is clear that the self-interested actions of Libyan militias are the primary cause of the country’s current instability, it was unrealistic to expect that a country with limited civic institutions would unite quickly to form a new, complex social and political order. 42-years of Gaddafi’s autocratic, one-man rule divided Libyans and deprived the population of many of the tools necessary to build such a society.

Predictably, extremist groups have emerged in this chaotic environment. Reports indicate that the US, UK, France and Italy have all sent special forces to Libya to combat these groups. US troops have been based in both the east and west of the country since mid-2015, identifying potential partners and collating intelligence in case of future US action. French special forces are also reported to be stationed in Benina airbase near Benghazi and have launched covert strikes against ISIS.

THE STRUGGLE FOR A UNITY GOVERNMENT The UN-backed GNA is the third attempt to unify Libya’s fractious militias into a cohesive national government. Prime Minister-designate Faiez Serraj and members of the Presidential Council – the group’s executive body – arrived in Tripoli on March 30 to lead this process.

However, for the GNA to be able to rule Libya effectively, the House of Representatives – which is recognised internationally as the country’s legitimate legislative body – must vote to approve it. If the GNA does not win approval from the HoR it will be seen as an illegitimate, Western-backed body, hampering unity efforts and strengthening the narrative of radical groups in Libya and across the region.

While the majority of parliamentarians in the HoR support the GNA, a minority of dissenting voices have succeeded in stopping the vote from occurring.

Therefore, today, Libya is divided into two main camps. On the one hand, the Tripoli-based GNA, backed by the international community and Misratan militias, is seeking to unify the country under its leadership. On the other, General Khalifa Haftar, who holds substantial power in the eastern Libyan cities of Benghazi and Tobruk, has so far resisted the GNA’s calls for unity.

Haftar is a military officer who helped bring Gaddafi to power in a 1969 coup. He was subsequently disavowed by the dictator and sought exile in the US. Mr Haftar returned to Libya after Gaddafi’s demise and now commands the Libyan National Army (LNA), an appointment he received from the now-dissolved General National Congress.

Concerned that the GNA will remove him from power, Haftar and his supporters have used their influence with a small group of parliamentarians in the HoR to prevent the house from approving the unity government. Thus, the GNA must either placate or subdue Haftar’s resistance in order to receive the support of the HoR.

THE RACE FOR SIRTE The central Libyan city of Sirte – which sits between Tripoli and Benghazi – is home to a substantial contingent of ISIS fighters. General Haftar was reported to be massing troops to move on Sirte immediately before the talks in Vienna. While Haftar insists the moves are motivated by a desire to rid Sirte of ISIS, the wider political implications of securing the city are profound.

If General Haftar were to secure Sirte, he would be viewed as a liberator and his Libyan National Army as the country’s most powerful military force. This would be a scenario the GNA would find difficult to recover from.

Fundamentally, the outcome of the Vienna talks makes it clear that regional and global powers are backing the GNA in this power struggle. Whether General Haftar can be convinced to cooperate in forging a new Libya or whether he continues to reject the GNA is now the most pivotal factor.