ISIS has created a potent online recruiting tool; anti-ISIS policy must be just as innovative.

On May 11, attorneys representing the US government made their opening arguments in a case to convict three young Somali-American men of trying to leave the country to join the Islamic State in Iraq and Syria (ISIS). These men, prosecutors argued, had watched videos of ISIS propaganda online and became inspired to go and fight in Syria. Two of the men were arrested in San Diego while attempting to procure fake passports; federal officials allege they had plans to cross the border into Mexico and then travel to the Middle East.

On the same day, the Islamic State’s propaganda arm, called the “Library of Zeal,” released a mobile app designed to to teach children Arabic. The app, titled Huroof, or “alphabet,” features songs about rockets and games about swords, and is the latest in a series of applications released on the open-source Android platform by the Islamic State. The group made the app available for download on Telegram, an encrypted cloud-based messaging service which lets users share files in private channels.

On the very same day, Twitter deactivated multiple accounts associated with the Islamic State, adding these to the list of more than 125,000 accounts Twitter has deleted since last summer, when it intensified a campaign to rid the social media platform of ISIS sympathisers. If history is any guide, supporters of the Islamic State, who by the reckoning of one digital security firm created 21,000 new Twitter accounts in March, will have replaced the deleted accounts within minutes.

This one unremarkable day in May showcases three different ways in which the Islamic State is using the internet to communicate, recruit, and fight an information war against the West. Unfortunately, these actions are not given as much scrutiny as they perhaps should be – the traditional fear is that extremist organisations will use the internet to commit some act of “cyberterrorism,” such as shutting down the electrical grid. This type of direct digital attack requires significant resources, and as such is unlikely to come from a group without the backing of a major power. Unfortunately, fears of doomsday hackers are probably distracting people from the real reasons groups like ISIS have embraced the internet: put simply, there has never been a more potent, accessible recruiting tool than the World Wide Web. 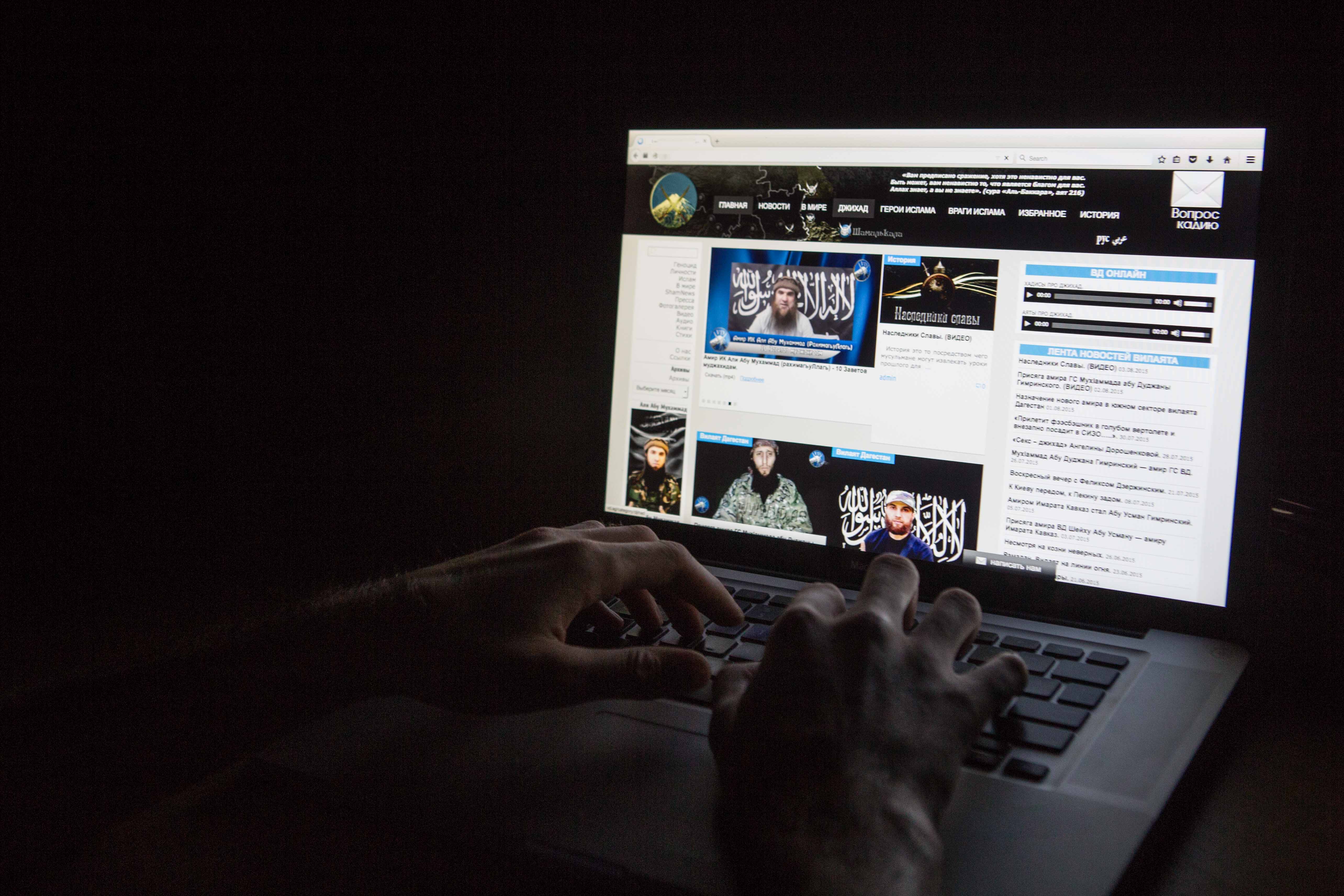 Of course, the use of the internet by terrorist organisations is not new. In 2004, the United States Institute of Peace identified several hundred websites promoting extremist content. Typically, early webpages developed by extremist groups featured histories of the organisation, stories about leaders and heroes, and fiery rhetoric. Al-Qaeda developed a particularly strong online presence during these formative years, maintaining multiple websites which provided supporters access to news and information about the organisation. Many readers will remember the grainy videos of Osama bin Laden which, once uploaded to the internet, spread like wildfire.

If Al-Qaeda pioneered the use of recruitment via social media, the Islamic State has perfected it. In the early years of internet usage by extremist networks, radicalised individuals had some sort of physical contact with the group. Today, however, the internet alone has become a major source of radicalisation, as the US government attested to in court on May 11. And whereas Al-Qaeda predominantly used static web pages, ISIS is conducting a decentralised, multifaceted recruitment campaign across multiple platforms.

Last year, for example, supporters of ISIS released a downloadable modification to the popular video game Arma 3 in which gamers can play as an Islamic State fighter battling against Assad regime forces in Syria. Videos of people playing the modified game on YouTube feature pro-Islamic State comments and passages from the Koran. Anybody inclined to dismiss an “Islamic State video game” should keep in mind that the American video game America’s Army, similar in many ways, was hailed as having “more impact on recruits than all other forms of Army advertising combined.” Unfortunately, censoring ISIS’ message has proven to be notoriously difficult. On Twitter, which is currently the main distribution method of ISIS propaganda, supporters create new accounts faster than the social media platform can identify and ban them, using tricks like changing usernames on their accounts to evade Twitter’s detection algorithms. The messaging service Telegram has begun to block channels supporting ISIS but can do nothing about peer-to-peer messages, which use end-to-end encryption that cannot be read by external sources, including even Telegram’s own servers. Videos taken down from YouTube are quickly uploaded to LiveLeak – a video-sharing site with a hands-off moderation policy. Other types of media, like phone applications and video game modifications, are hosted on popular file-sharing sites with impunity.

The decentralised and dynamic nature of the internet means that content creation will always outpace censorship. Pro-Islamic State content must be identified, flagged, reviewed, and finally removed. Even when these processes move quickly, they are still slower than the speed at which more content can be created. When one digital platform successfully cracks down on content, users shift rapidly and organically to others.

As such, policymakers should reconsider whether censorship is the most effective method of combatting extremist propaganda. Instead of purely reactive measures like censorship, authorities should attempt to proactively disseminate a strong opposing message. As mentioned above, the Islamic State’s propaganda tends to focus on military glory and life in the putative caliphate; these are the areas anti-ISIS messaging should attempt to counter.

These types of counter-narrative efforts are beginning, and the United States has begun to deploy more resources to fight ISIS’ online presence. The US military’s Cyber Command, for instance, was directed in April to begin using electronic attacks against ISIS for the first time. The American deputy national security advisor, Lisa Monaco, has had several meetings with executives at American technology companies, discussing methods for combatting ISIS’ social media presence. One of these methods has been to amplify the voices of people who left ISIS and now question the legitimacy of its adherence to Islam.

Ultimately, much of ISIS’ appeal comes from the idea that it is a legitimate organisation, and therefore worthy of support. It is this notion which must be attacked in order to counteract the astonishing success of the ISIS propaganda effort so far.