The Trump administration’s pursuit of narrow US interests in South Asia could backfired badly.

– In an effort to coerce Islamabad to stop providing safe haven to radical Islamist groups, Washington will exploit Pakistan’s loan-dependent economy by suspending part or all of its foreign aid to the country
– Imposing severe economic penalties will further weaken an already troubled Pakistani state apparatus, leaving it more vulnerable to militancy
– Pakistan will likely push back against President Trump’s new strategy by exploiting its importance to the US as a key supply route for NATO operations in Afghanistan
– Pakistan opposes US drone attacks against terrorist targets in its territory and may threaten to make its objections kinetic

Late last month US President Donald Trump announced the results of his “comprehensive review” of US strategic operations in Afghanistan and South Asia, and revealed a new strategy for US engagement in Afghanistan. One of the main pillars of this new strategy is a fresh approach to US-Pakistan relations. In a rare public display of Washington’s frustration with the South Asian nation, Trump took aim at Islamabad’s support of terrorist organisations, stating “no partnership can survive a country’s harbouring of militants.” Implicit in his criticism of Pakistan was the message that the US will take a more confrontational approach to Islamabad’s tolerance of terrorist sanctuaries along its border, from which militants launch attacks into Afghanistan.

Although long described as a partnership—and since 2004 as a major non-NATO alliance—US-Pakistan relations have rarely been amicable, and Trump’s hard-line stance against Pakistan threatens to further damage relations. But the partnership exists due to interdependencies inherent in this relationship; a more assertive stance in Washington’s dealings with Islamabad will threaten US security interests in the region.

Since the terrorist attacks on September 11 2001—sixteen years ago today—Washington has funnelled massive sums of money into financing counterterrorism efforts around the world. As much as $33 billion has been shared with Pakistan. In return, Pakistan has provided inconsistent support to Washington’s counterterrorism efforts in South Asia while covertly sponsoring terrorism in the region.

From Pakistan’s perspective, it is expedient to overtly support US efforts against militant groups that target Western interests, such as ISIS and al-Qaeda, to secure a drip-feed of financial aid. However, Islamabad has actively supported militant groups such as Jaish-e-Mohammad that target its long-term rival India. It has also  been reluctant to confront groups such as the Taliban and the Haqqani network, which maintain havens in Pakistan. Not only can these powerful groups challenge Pakistan’s security apparatus but they operate primarily against Afghanistan, furthering Pakistan’s interests of a weak Afghan state devoid of Indian influence. Trump’s censure of Pakistan promises a more antagonistic relationship between the two partners. This has already resulted in Pakistan’s suspension of bilateral visits to the US. But for Washington, the strategic realities of US interests in South Asia make any attempts to severely punish Pakistan for its double-dealing problematic.

Since 2004 the US has undertaken hundreds of drone strikes against terrorists in Pakistan. The unhindered mobility of US aircraft in Pakistan has been critical to its counterterrorism efforts in the region. While Pakistan has condemned drone attacks in its territory, its opposition has remained rhetorical and there has been no significant effort from Pakistan’s armed forces to prevent them from occurring.

With Trump outlining no end date for US military commitments in Afghanistan, Pakistan will also remain key to the success of future US military operations in the country. This is because the bulk of the supplies sustaining the US presence in Afghanistan must traverse supply routes through Pakistan known as the Pakistan Ground Lines of Communication. While this route has been subject to closure when US-Pakistan relations have soured, it has been essential to US efforts in Afghanistan, made more so by the 2015 closure of the Northern Distribution Network that re-supplied NATO forces through the Central Asian republics. If the route through Pakistan is closed, Washington will have no reliable way to resupply its forces, save for airlifting cargo at tremendous expense.

NO EASY WIN FOR THE US

If Trump is serious about taking a hard-line stance against Pakistan’s support of terrorism, a suite of policy options are available, the most likely of which is to suspend US foreign aid to Pakistan. This is not a new concept. For the last two years Washington has withheld significant portions of the coalition support fund from Islamabad. But the US could further reduce or altogether suspend the $800 million foreign aid package sought in the 2018 fiscal year budget proposal. Suspending all financial aid to Pakistan seems thinkable as Trump will seek to distinguish his more assertive approach to Pakistan from that of his predecessor.

Furthermore, as suggested by former US ambassador to Afghanistan Zalmay Khalilzad, Washington may pressure the World Bank and International Monetary Fund to also constrict funds. In 2013 the IMF approved a three-year loan worth $5.3 billion aimed at bolstering Pakistan’s flagging economy and low foreign exchange reserves. Four years later, Pakistan’s economy is once again fading and its widening trade deficit and heavy repayments on external debt are fast eating into its foreign exchange reserves. This considered, Pakistan seems especially vulnerable to economic coercion. 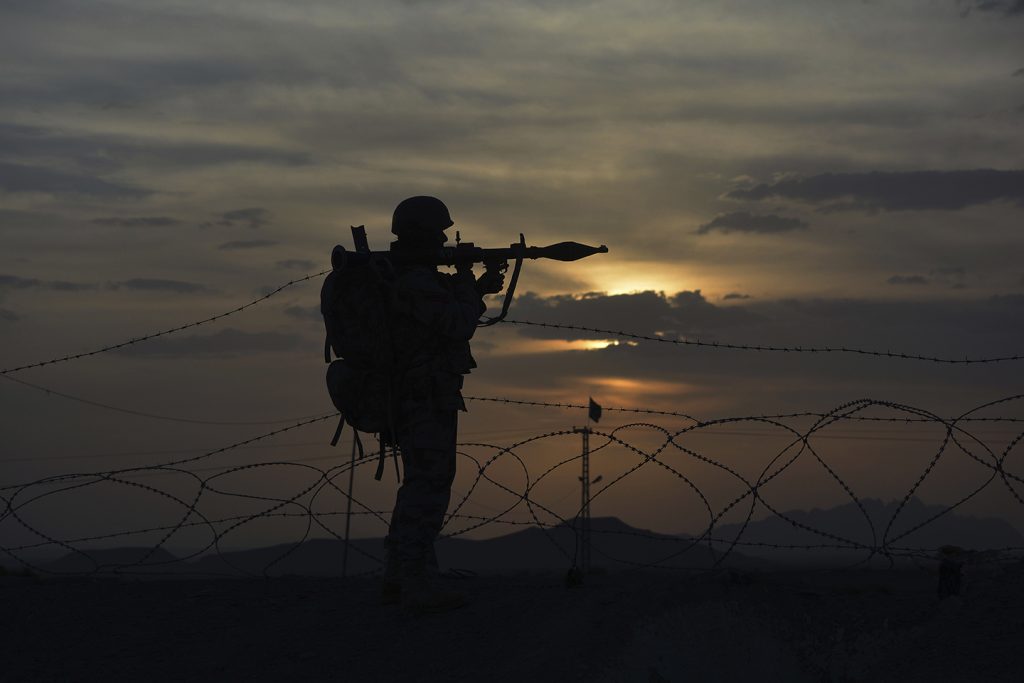 Nonetheless, increasing economic pressure on Pakistan is unlikely to force Islamabad to rethink its precarious balancing act between maintaining internal security and cultivating a catalogue of radical groups to be used against foreign actors as necessary. Further, it would significantly disrupt Pakistan’s loan dependent economy and increase the state’s own vulnerability to militancy and the expansion of ungoverned spaces within its borders. Indeed, far from comprising a reliable tool of foreign policy, militant groups and radical Islamist ideology have presented a sustained threat to the state. Few countries have suffered more from terrorism than Pakistan; as many as 62,000 Pakistanis have been killed in terrorist violence since 2003. In this way, severe economic penalties could feasibly combine with radical Islamist elements, an unstable political environment and a so-called ‘Kalashnikov culture’ to enfeeble the Pakistani state and make its nuclear stewardship untenable.

A final consideration is that Pakistan will not take any punitive measures lying down. Rather, it is likely to resist Trump’s hard-line approach, whatever form it takes. For instance, Islamabad could very easily shift away from its accommodation of US drone strikes in its territory. Although the frequency of drone strikes has declined in recent years, the US military’s operations in South Asia remain a potent symbol of its fight against terror, and these operations cannot succeed without at least tacit consent from Islamabad. Pakistan could also shut off supply routes through its territory, as it has done in the past. With Trump announcing an unspecified surge in US troop numbers in Afghanistan, this would be a major headache for US operations in the country and would force Washington to rely on costly air lift focused logistics.

American anger is unlikely to alter Pakistan’s carefully considered balancing act. Only time will tell how far Washington is willing to go to coerce Pakistan, and in doing so risk its own long-term interests in the region.