Technical representatives from OPEC members will meet on Monday to discuss the implementation of the oil production freeze deal agreed to in September. A meeting with non-OPEC members, most notably Russia, will take place a week later.

Discussions will focus on which countries will shoulder the burden of the at least 640,000 barrels per day that must be cut in order to achieve the stated goal of 33 million barrel per day production. Most notably, Iraq and Iran – OPEC’s second- and third-largest producers respectively – want exceptions from the deal, arguing their market share has been hampered by conflict and sanctions.

On Saturday, Iranian Oil Minister Bijan Zangeneh said it is “highly likely” that the cartel will make good on its production cap promise, raising hopes for a deal. 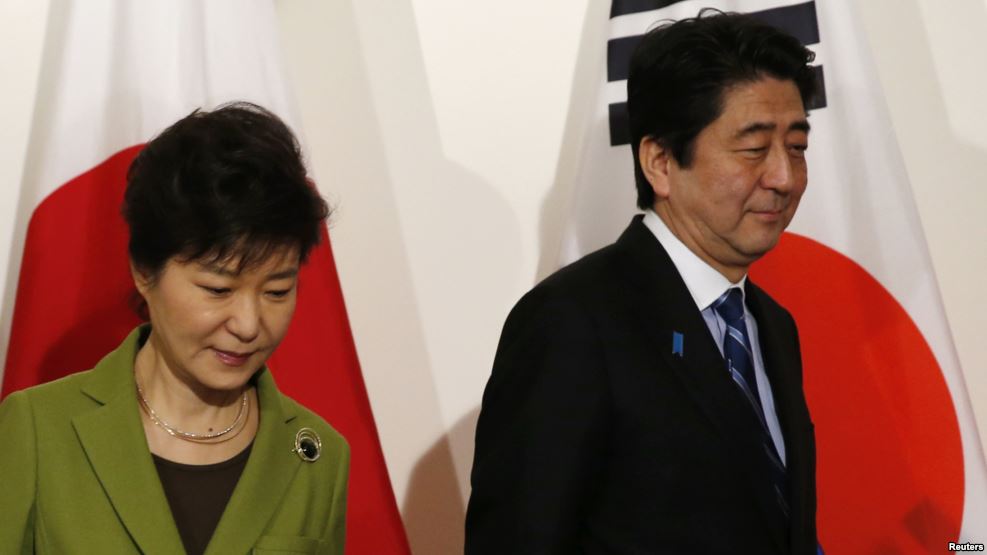 On Tuesday, the South Korean Cabinet will make a final decision on whether to approve the bilateral General Security of Military Information Agreement (GSOMIA) with Japan. If successful, the pact will allow South Korea to share sensitive military intelligence on North Korea’s nuclear program with Japan. The two state parties tentatively signed the agreement last Monday but still require the approval of both Cabinets and state leaders.

South Korea and Japan previously attempted to forge a similar intelligence-sharing pact in 2012. Seoul withdrew its participation following domestic outcry over Japan’s treatment of South Korea during its colonisation in the early twentieth century. A Gallup Korea poll indicates that currently, 59 per cent of South Koreans oppose the pact and only 31 per cent believing it will benefit national security.

South Korea’s three major opposition parties will submit a bill to remove Defense Minister Han Min-koo, one of the architects and strongest proponents of the agreement, on December 1. His impending removal seems likely given that there are 171 opposition lawmakers or opposition-leaning independents and 151 votes are required to pass the motion. Han’s removal, in addition to President Park Geun-hye’s plummeting approval ratings, bodes ill for the successful implementation of the agreement. Tokyo and Seoul are signalling their intent to expedite GSOMIA’s formal signing. However the wave of public sentiment against Park and demands for her to step down may push the agreement onto the backburner. On Wednesday, newly-appointed Chancellor of the Exchequer Philip Hammond will deliver the Autumn Statement – the Chancellor’s second-most important statement after the Budget. Hammond will detail the government’s tax and spending plans for the year ahead. Forecasts written by the Office for Budget Responsibility, an independent fiscal watchdog, will be attached.

Hammond’s track record over the past three months indicates a departure from his predecessor George Osborne’s reforms in favour of stronger consumer protection. He scrapped pension reforms which would allow the re-selling of annuities (products which allow pensioners to be paid monthly until death), claiming the process involved risky investments potentially detrimental to unsophisticated investors.

The Chancellor has indicated his preference for a ‘soft Brexit’ and will likely encourage pragmatic immigration laws that adequately provide for ongoing economic growth. He has expressed favour for investment in high-value public infrastructure, which suggests big-name road or rail projects will be revealed in the Autumn Statement. He will no longer be attempting to fulfil predecessor George Osborne’s pledge to bring the budget back to surplus by 2020, but will nonetheless concentrate on minimising public debt.

Economic think tank Institute for Fiscal Studies predicts a £25 billion post-Brexit hole, with a drop of £31 billion in tax revenue forecasts by 2019-20 due to slowing growth. Hammond will be challenged by a £14.9 billion deficit by the end of the decade. On Thursday, the Commission on the Constitution in Japan’s House of Representatives will continue its debate on constitutional amendments. The debate is expected to focus on ensuring all parties agree to ‘constitutionalism’, the idea that the constitution limits the government’s power and guarantees its people’s rights. However, the proceedings and themes of the session remain unclear.

The ruling Liberal Democratic Party (LDP) and its coalition ally Komeito achieved a two-thirds majority in both houses of parliament in the July 10 election. This could enable the government to pass constitutional amendments, a long sought-after goal of Prime Minister Shinzo Abe. Many amendment issues have been raised, including the preamble, environmental protection, and electoral system reform.

However, the LDP’s main goal is altering Article 9, which stipulates “land, sea, and air forces, as well as other war potential, will never be maintained”. Until recently, this clause has limited Japan’s military to peacekeeping and resupply operations only. In 2015, Tokyo adopted new “collective self-defence” laws that allow the military to aid Japanese allies if they are attacked anywhere in the world. The laws are currently being tested by the deployment of Japanese peacekeepers to rescue missions in South Sudan.

Over the long term, changes to Japan’s ‘pacifist’ constitution could see Tokyo invest more heavily in its military as a counterweight to China’s growing military might, which would cause significant concern in Beijing and increase regional tensions. The scandal between South Korean President Park Geun-hye and her trusted friend and advisor, Choi Soon-sil, remains a flashpoint this week. The president has been called ‘complicit’ in acts that sparked outraged demonstrations across the country.

Prosecutors announced on Sunday that there was sufficient evidence to charge cult leader Choi and former presidential aide An Chong-bum with abuse of power, fraud, and coercion. The two are accused of extorting $65.5 million from South Korea’s top conglomerates including Lotte Group and Hyundai.

Prosecutors are presently alleging that through another aide – Chung Ho-sung – Park allowed Choi access to around 180 presidential and governmental documents, breaching laws on the sharing of official secrets. They may further bring a case purporting abuse of authority if it can be proved that Park, directly or indirectly, played a role in pressuring the conglomerates to donate to Choi’s nonprofits.

Under the country’s constitution, Park is afforded immunity from criminal trial while in office unless she is found to have committed insurrection or treason. Opposition parties have been steadfast in their attempts to impeach Park for one of these exceptions, while also mounting pressure and stirring calls from civil society for her to step down. Although she’s apologised several times, Park has been resolute in her refusal to step down and is unlikely to do so unless legally compelled.

Park will face questioning from prosecutors this week and will also participate in an independent counsel investigation and a parliamentary inquiry. The evidence surrendered in these investigations will likely determine whether or not President Park can be indicted.