Continuing protests in Congo, the EC summit, the final US presidential debate and Duterte visits China.

Foreign ministers of the Organisation of Islamic Cooperation meet in Tashkent

EU heads of state wrap up EC summit in Brussels

Second round of parliamentary elections in Lithuania

Operation to retake Mosul from ISIS

Political wrangling in Thailand and after the death of King Bhumibol

US involvement in Yemen conflict as warship comes under repeated attack 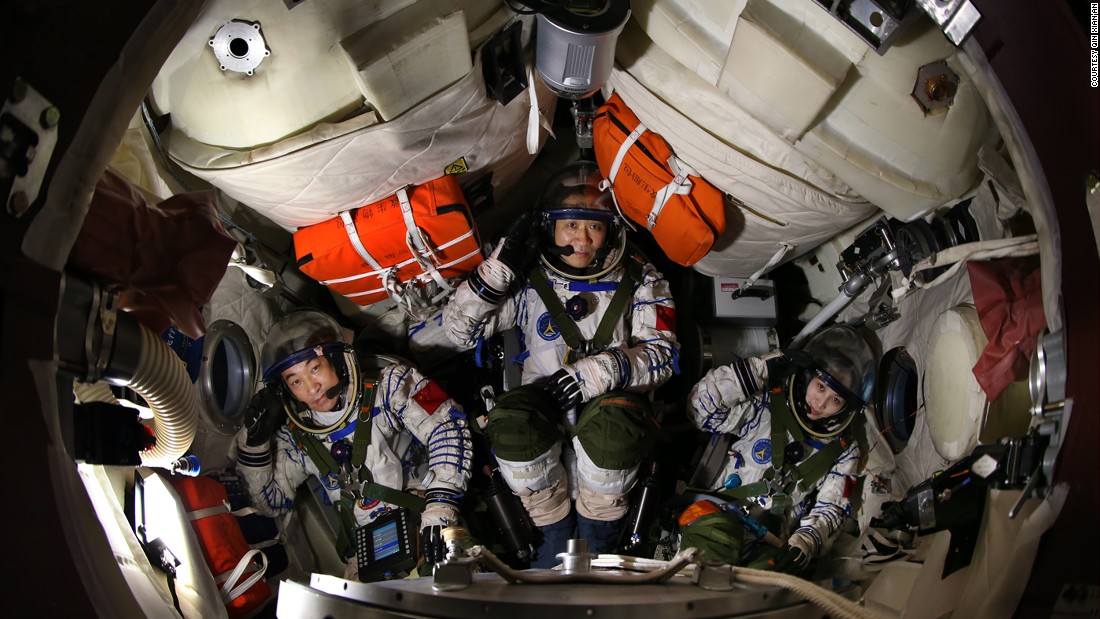 On Monday, China will launch two astronauts – or taikonauts as their Chinese counterparts are called – into space aboard the Shenzhou 11 spacecraft. The two men will dock with the recently constructed Tiangong-2 space laboratory within 48 hours and will remain aboard for 30 days to conduct medical and scientific experiments. The expedition will be China’s longest-ever manned space mission.

Tinagong-2 was launched on September 15 and replaces its predecessor, which was first commissioned in 2011. The space stations are considered to be a stepping stone towards sending taikonauts to the dark side of the moon and an unmanned Mars mission by 2030.

Over the past decade, Beijing has significantly increased its spending on space exploration, investing billions of dollars on a new spaceport, improved spacecraft, satellites, and space telescopes. While still decades behind the US space program, China is looking to vastly increase the scale and quality of its space activities with the ultimate aim of leapfrogging NASA’s capabilities. A US law created in 2011 bans NASA from collaborating with China’s state-run space program over military concerns. 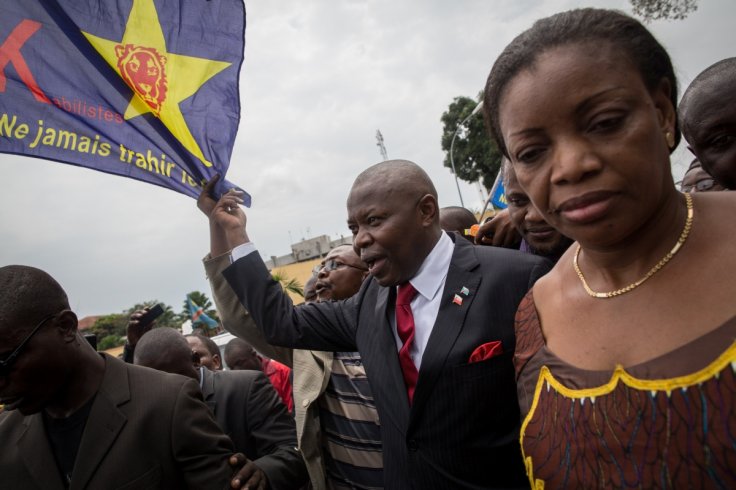 The Democratic Republic of Congo’s opposition coalition, Le Rassemblement, has designated Wednesday as a day for large-scale protests against President Joseph Kabila’s plan to seek a third term. The demonstrations are expected to focus on the capital of Kinshasa and could spark violence.

Congo is Africa’s largest Sub-Saharan country and possesses vast deposits of metals and minerals, including cobalt – a strategically important element that has industrial and military uses. Joseph Kabila has ruled the country for two terms since 2001 and is not eligible to run for a third under the current constitution. However, the president has repeatedly stated that logistical and financial constraints mean the country will not be able to hold an election when his current term expires at the end of 2016.

Last week, the head of the UN’s mission to the DRC said the ongoing standoff between the opposition and Kabila poses an ‘extreme risk to stability’ and that there is ‘no immediate resolution in sight’. Last month, at least 49 people were killed in clashes with security forces after anti-Kabila demonstrations turned violent. Wednesday’s planned demonstrations risk re-inflaming these tensions. US Presidential candidates Hillary Clinton and Donald Trump will face off for the third and final time on October 19 at the University of Nevada in Las Vegas. Fox News Sunday anchor Chris Wallace will moderate the debate, posing six questions on the topics of immigration, entitlements and debt, the Supreme Court, the economy, foreign policy, and each candidate’s fitness to serve as president.

Trump is expected to address the Washington Post’s exposé of him bragging about groping women without consent in 2005, as well as the ten or so sexual assault allegations that have arisen since. Clinton may have to answer for the newest batch of leaked emails by Wikileaks which reveal internal anxiety over the candidate’s competitiveness.

The NBC battleground map places Clinton at 287 electoral votes in her common, exceeding the 270 required for the presidency. Trump has slid down more than 30 to 157 electoral votes in his column. Most polls consistently place Clinton 5 to 11 per cent in front of Trump, with voting significantly split across gender lines. Clinton trails Trump by 11 per cent for male voters but leads by a whopping 33 per cent amongst females, a significant feat considering no presidential candidate has won by more than 26 per cent since the popular vote was instituted in 1824. With many pollsters predicting Clinton has an 80 per cent chance or better of gaining the White House, the third presidential debate will be one of Trump’s last chances to salvage his campaign. 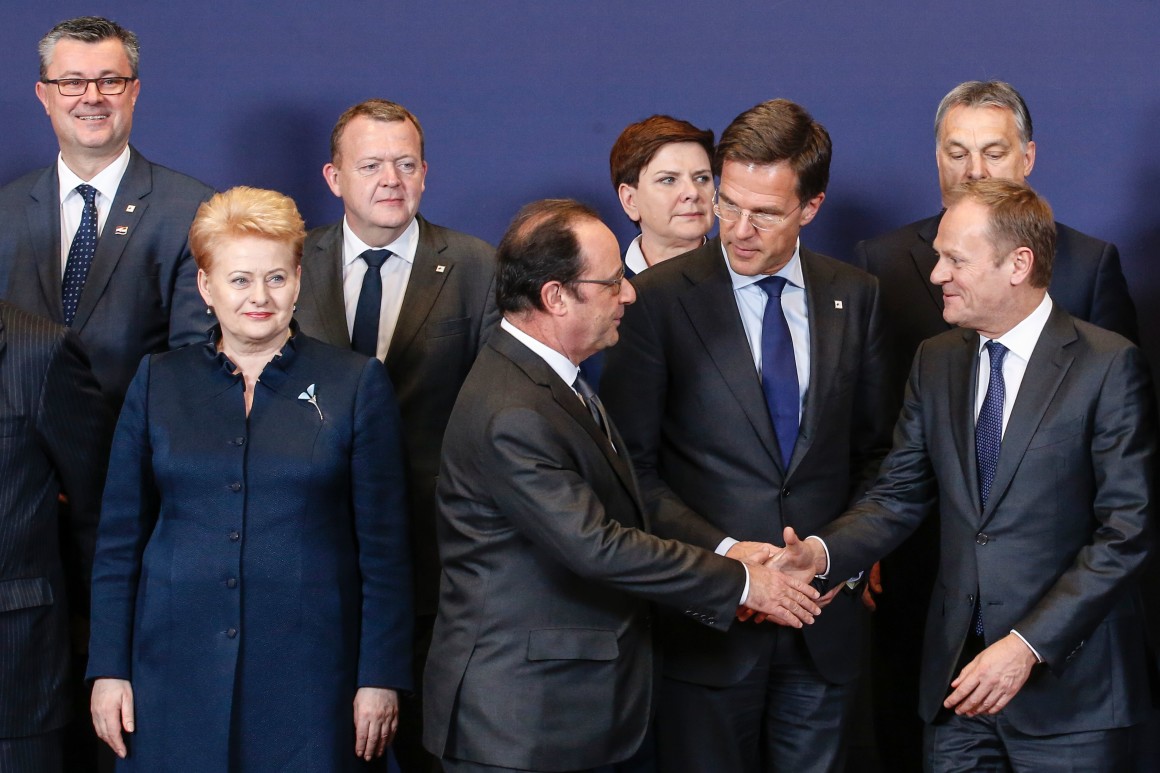 EU heads of state will meet in Brussels for a European Council summit from October 20 to 21.

The meeting will be British Prime Minister Theresa May’s first European Council engagement – and probably one of her last. May is expected to discuss her strategy for Brexit and Britain’s future relationship with the bloc. In the past month, the prime minister announced she would trigger Article 50, and therefore negotiations on leaving the EU, by the end of March 2017.

Leaders will also exchange views on how to best promote multilateral free trade agreements given the lack of public support for the EU’s free trade deals with Canada and the US.

While the foreign ministers of Germany, France and Italy announced last week that sanctioning Russia was not a priority, other EU leaders are expected to push for stricter restrictions in light of the Kremlin’s actions in Syria. Leaked conversations reveal some EU member nations are contemplating extending travel bans and asset freezes on certain Russian officials. Although an agreement on further sanctions seems unlikely, member-states pushing for a harder approach towards Moscow are likely to draw upon Russian involvement in Syria and Ukraine to advocate maintaining the current round of sanctions, which are due to expire on January 31, 2017. 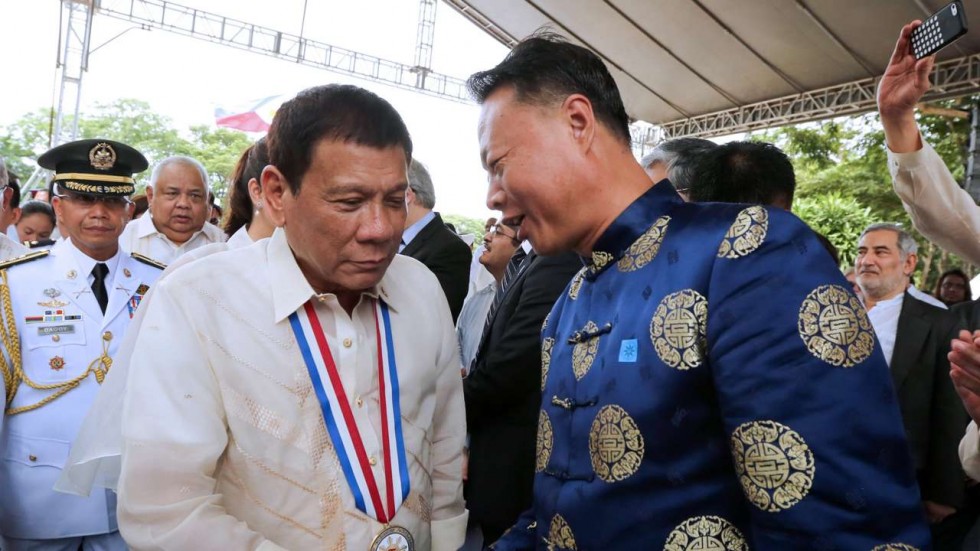 Accompanied by 250 Philippine business executives, President Rodrigo Duterte will visit China from October 18 to 21 to meet senior leaders including President Xi Jinping and Premier Li Keqiang. Given the dearth of Chinese investment in the Philippines since 2012, business executives and the government are keen to capitalise on China’s ambitious One Belt, One Road infrastructure project to bring money into the country. Observers are predicting that Duterte may leave China having secured as much as $50 billion in investment deals.

Duterte will be seeking reinstatement of Filipino fishermen’s rights to return to the Chinese-controlled Scarborough Shoal. As the July arbitral ruling held Filipino fishermen were entitled to traditional fishing rights at Scarborough, an agreement on Duterte’s requests would indirectly recognise the ruling, which Beijing has repeatedly insisted it will not do.

Despite Duterte’s brash insults against US officials and his threats to end joint military drills, experts caution that the outspoken statesman is unlikely to change the fundamentals of the US-Philippine relationship. Duterte’s trip will further his balancing strategy; at the same time, Beijing is also wary of creating a presumptive ‘zero-sum’ game with Philippines stuck in the middle. 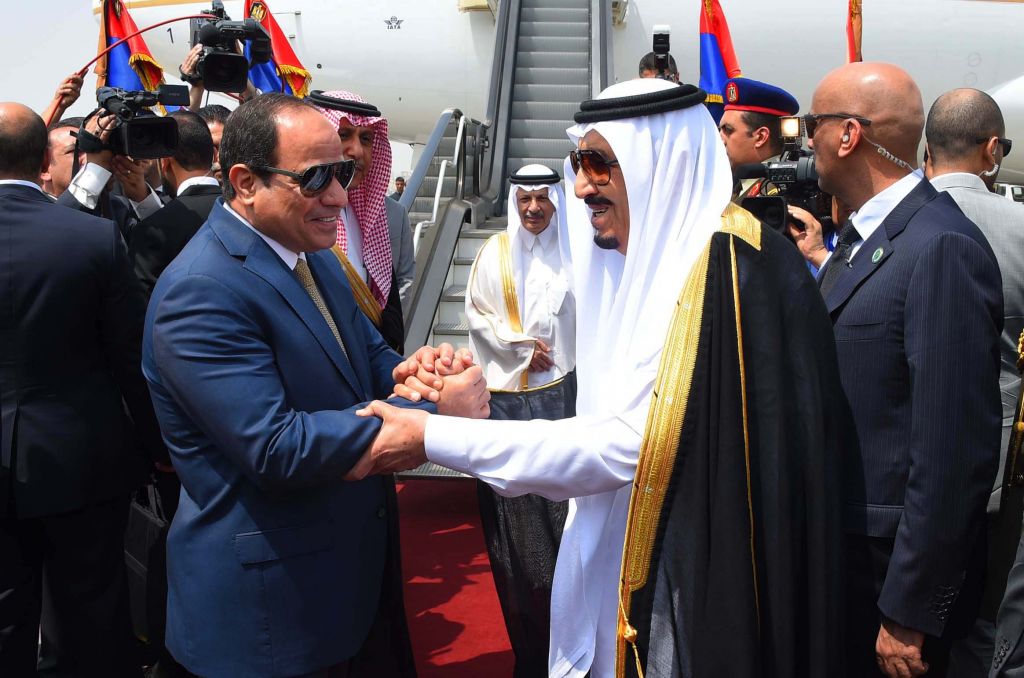 On Sunday, an Egyptian court will resume hearing the government’s appeal against the quashing of a deal that transferred two Red Sea islands – Tiran and Sanafir – to Saudi Arabia. Although uninhabited, the islands sit in a strategically important area at, overlooking shipping lanes that lead to the Israeli port of Eilat.

The deal – which was announced by President Abdel Fattah el-Sissi during a visit by Saudi King Salman in April – is widely believed to have been signed in exchange for financial aid and investment. The two leaders also announced the construction of a bridge in the area that would connect the two countries for the first time.

The transfer has been deeply unpopular with many Egyptians, who accuse the government of selling sovereign territory to the highest bidder. The accords were challenged by a rights lawyer in June and subsequently nullified. Sunday’s hearing is unlikely to mark the end of the legal process, and it is expected that Cairo will go ahead with the transfer.