French authorities to dismantle ‘the Jungle’ migrant camp in Calais

Meeting of Russian and OPEC representatives in Vienna

Trilateral Contact Group on Ukraine to meet in Minsk for negotiations

Annual meeting of foreign ministers of Mediterranean countries in Marseilles

Meeting of special committee of OPEC to implement Algiers agreement 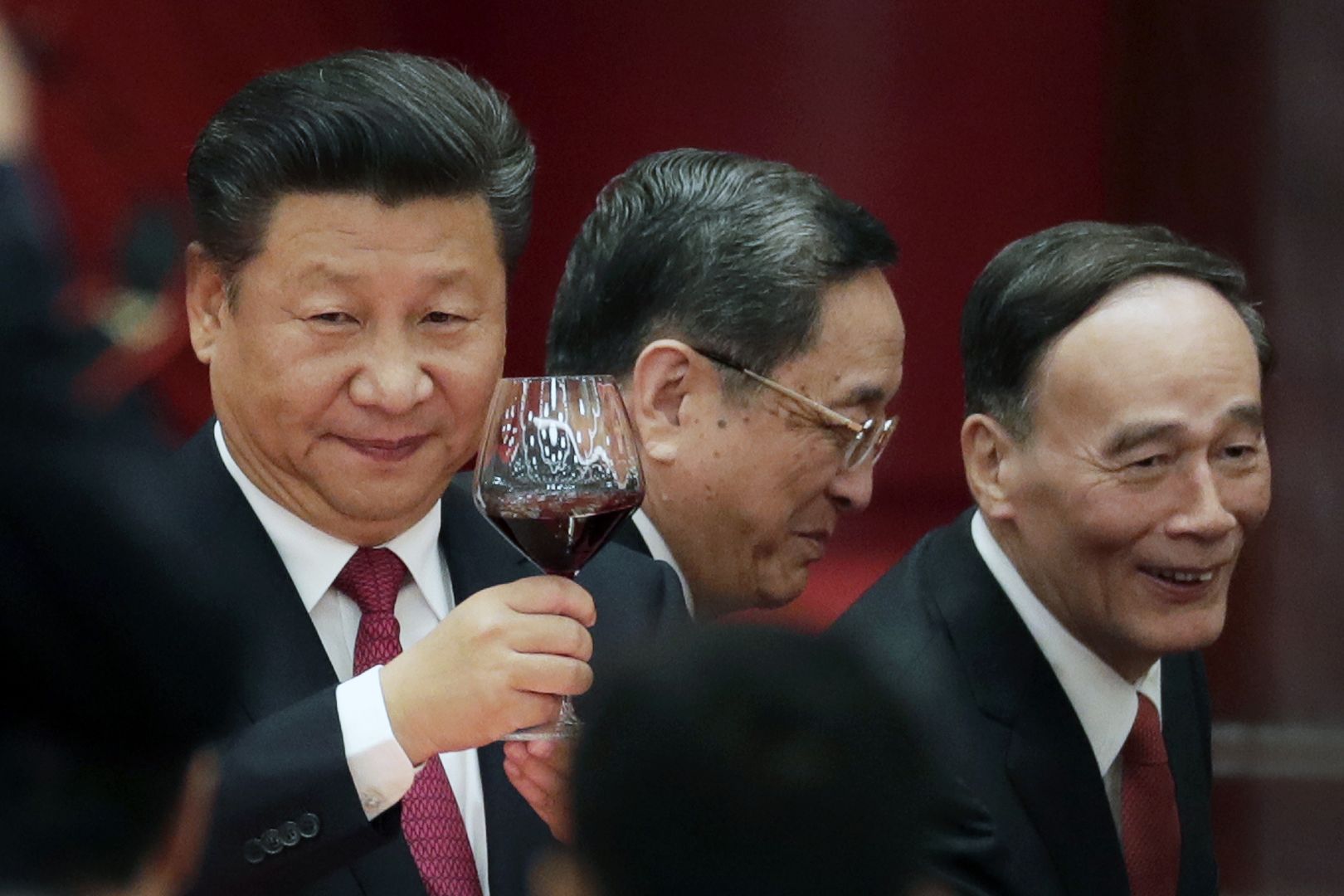 The sixth plenary session of the 18th Chinese Communist Party Central Committee will be held from Monday to Thursday this week to discuss crucial leadership changes ahead of the 19th Congress next year.

President Xi Jinping will remain in office until the 20th Congress in 2022, however five of the seven members of the most influential organ of the party, the Politburo Standing Committee, will be replaced due to the qishang baxia retirement rule. Though not enshrined in its constitution, the unwritten understanding in the party is that only leaders 67 or younger can claim top posts and those 68 or older must retire upon the reconvening of Congress every five years. Some speculate Xi will override the informal rule during the plenum to keep 68-year-old Wang Qishan, chief commander of Xi’s anti-corruption campaign, on the Standing Committee. A waiver would pave the way for Xi to legitimately claim a third term at the age of 69 in 2022.

The plenum also offers Xi a climatic opportunity to hammer a nail in former Party Leader Jiang Zemin’s coffin. The past three months have seen mass anti-corruption purges of provincial leaders who claim political patronage of Zhang Gaoli, Zhang Dejiang and Liu Yunshan, Jiang’s strongest allies in the Politburo Standing Committee. The purges may implicate the Committee members and Jiang himself, and help solidify Xi’s reputation as the country’s moral and political ‘core’ leader. 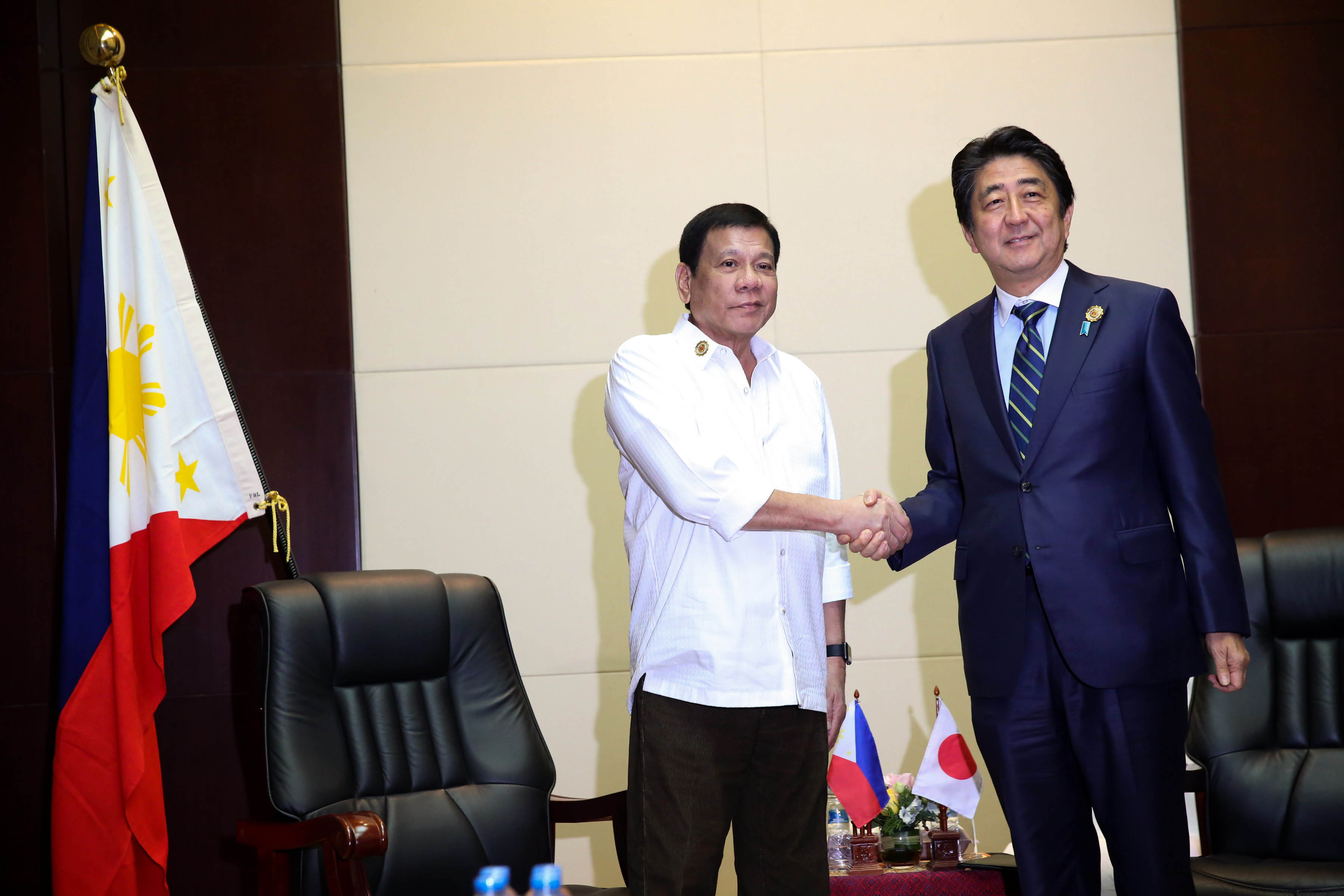 Philippine President Rodrigo Duterte will visit Japan from October 25 to 27, commemorating sixty years of diplomatic ties between the two countries. Japanese Prime Minister Shinzo Abe will host a one-on-one meeting with Duterte in his private residence on Wednesday evening, following a formal dinner with officials. Duterte will conclude his trip by calling upon Emperor Akihito.

In light of Duterte’s ostensible pivot towards China, Abe is seen as eager to make a connection with the Philippine president in a bid to counter Beijing’s influence in the region, especially in the South China Sea. Japanese officials suggest Abe will not raise the July’s Hague ruling nor Duterte’s much-criticised war on drugs for fear of drawing the ire of the strongman.

Economic managers in Duterte’s Cabinet and Filipino businessmen will meet with Japanese investors interested in infrastructure projects including the Mindanao Railway. State leaders will discuss further defence cooperation, with Abe to sign an agreement to supply two patrol boats to the Philippines.

As a US ally, Japan is likely to also seek clarification of Duterte’s ‘severance’ of ties with the US to inform the strategic partnership moving forward. 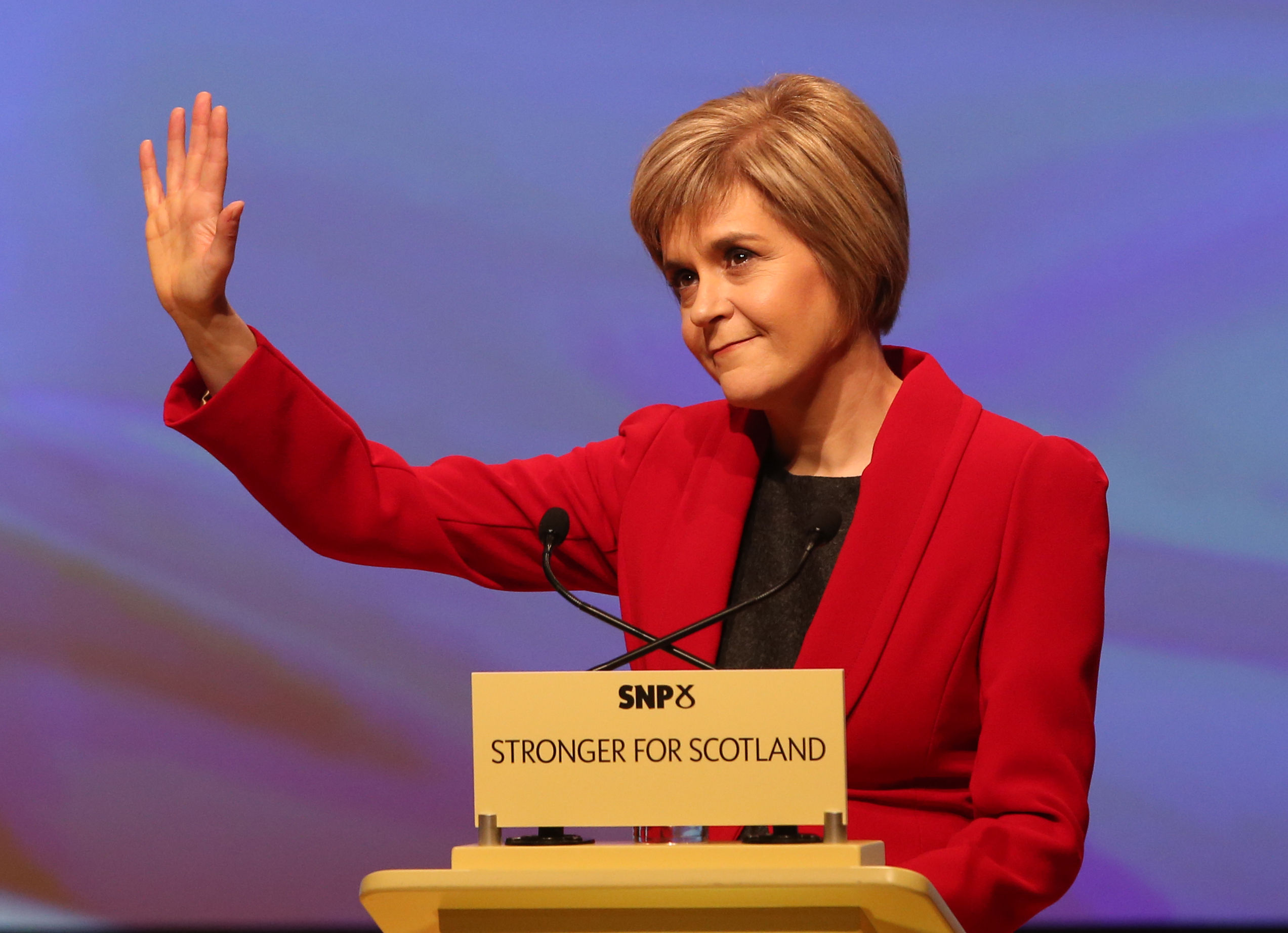 The Scottish Parliament will reconvene on Tuesday after a standard month-long recess. At the top of the priority list will be Scottish First Minister Nicola Sturgeon’s draft bill for a second independence referendum, which was released last week.

The move comes after June’s Brexit vote exposing a significant divergence between Scotland and the recent of the Union, with 62 per cent of Scots voting to remain. Sturgeon has called upon this development, as well as her government’s election mandate, to force a debate in the Scottish Parliament of a second independence referendum. However, a second referendum would have to be ratified by the UK government in Westminster.

Sturgeon’s bill comes in light of Prime Minister Theresa May’s suggestion of a ‘hard’ Brexit, a move that will have serious negative economic repercussions for Scotland. However, Mrs Sturgeon has indicated a willingness to set aside the independence agenda if Westminster provides Scotland with greater powers to remain in the EU’s single market, conduct international trade deals and control immigration independently. Spain’s King Felipe will consult with the country’s main political leaders on Monday and Tuesday in a last-ditch effort to avoid a third election in less than 12 months.

The country has been mired in political gridlock with political parties unable to form a governing coalition, despite elections in December and June. Acting prime minister and leader of the centre-right Popular Party, Mariano Rajoy, was asked to form government in July but subsequently failed two no-confidence votes. Although Rajoy received the backing of liberal centrist party Ciudadanos, he failed to command enough support in the 350-seat parliament to form government, despite his party winning most seats in both recent elections. Spain has not had a coalition government in its modern history.

In the coming week, talks will be held among the major parties with a vote in parliament expected on Thursday and a second on Saturday should the first fail. Should the Socialist Party abstain from voting, it is likely that Rajoy will form a weak centrist government.

If these latest efforts fail, the king is likely to call an election on October 31. 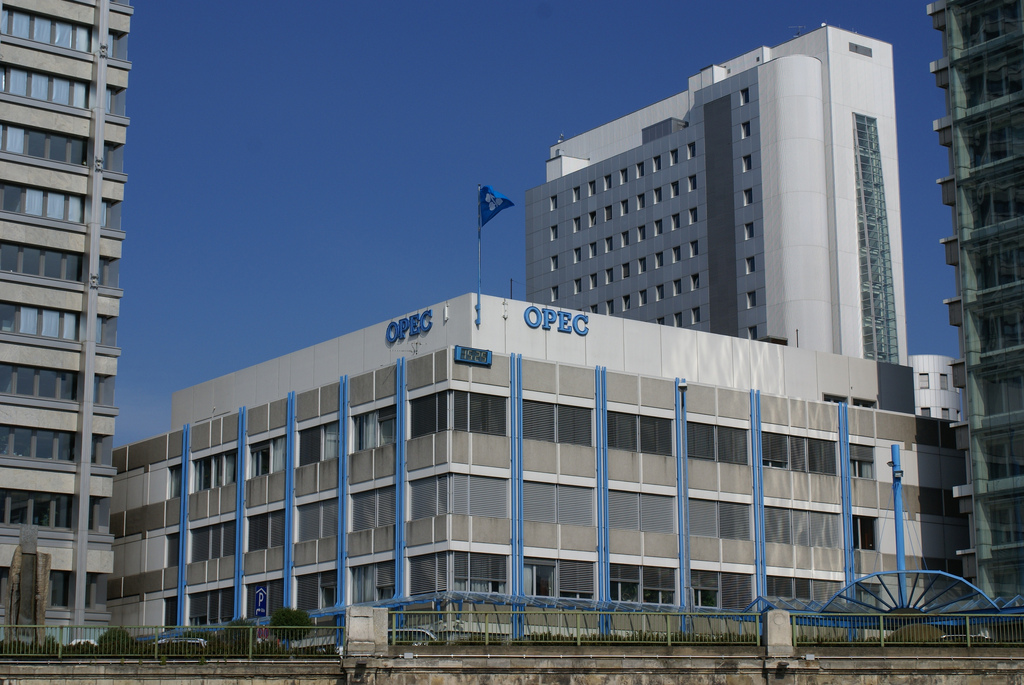 On Friday, officials from OPEC member-states will hold a second day of meetings in Vienna to discuss how much each member will be allowed to produce under the recently announced production cap agreement. Since the deal was announced on September 29, oil prices have jumped more than 10 per cent and are now hovering at around $50 a barrel ­– almost double February prices.

The Vienna talks come on the back of a meeting between OPEC representatives and non-OPEC Russia on October 10, at which Russian oil producers agreed to cooperate on limiting supply. Russia’s energy minister, Alexander Nobak, said he would send a delegation to Vienna to “work out a roadmap for cooperation” with cartel members.

The talks are expected to explore whether producing states will shoulder the burden equally or, as many analysts have suggested, whether large swing producer Saudi Arabia makes substantial cuts.

OPEC ministers are due to hold their biannual summit in Vienna on November 30, but are hoping to implement the supply cap deal before this date. 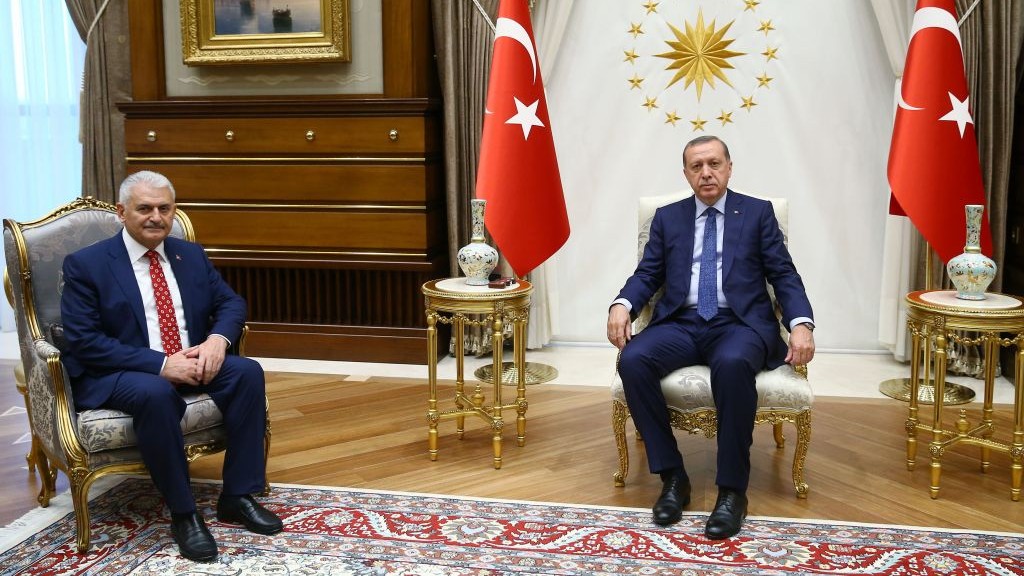 Last Monday, Iraqi security forces along with Kurdish fighters and Shi’a militias began an offensive to retake the strategic northern city of Mosul from ISIS. In recent days, Turkish Prime Minister Binali Yildirim first suggested, and then insisted, that Turkish ground forces be involved in the mission.

Turkey regards Mosul and much of northern Iraq – once part of the Ottoman empire – as vital to its national interests. Although hostile to Kurdish groups inside Turkey and Syria, Ankara is on good terms with the Iraqi Kurdistan Regional Government, as well as regional Sunni tribes. Indeed, a contingent of some 200 Turkish troops have been stationed in northern Iraq for years, training Arab and Kurdish fighters. In the past month, Baghdad has ordered these forces to leave, a demand that has fallen on deaf ears.

Likewise, suggestions of Turkish involvement have been met by stiff resistance from Iraqi officials (and their Iranian backers), who do not want a muscular Turkish influence in the country’s north.

In the coming weeks, keep an eye on Turkish rhetoric and action in northern Iraq. Desperate to protect Ankara’s interests, as well as shore up domestic support for an ultimate super-presidential referendum, President Erdogan may very well make a decisive move.