Lebanon gets a new president, Bolivia and Peru discuss a trans-continent railway and Theresa May visits India

US monetary policy statement and rate decision: unchanged at 0.5% expected

Anti-government demonstrations planned in Caracas, Venezuela, could lead to violence

Presidential and parliamentary elections in Nicaragua

LEBANON GETS A NEW PRESIDENT It his highly likely that Lebanon’s parliament will nominate 81-year-old former general Michel Aoun as the country’s 17th president on Monday. If successful, Aoun’s election will break a political deadlock that has lasted since May 2014.

Mr Aoun founded the Christian Free Patriotic Movement (FPM) in 2005, which is the second largest party in Lebanon’s parliament. The FPM is the main party in the so-called March 8 Alliance, which includes Amal and Hezbollah – the Iranian-backed Shi’a Islamist party and militant group.

While Lebanon is one of the region’s smallest countries, historical grievances among its diverse ethnic and religious communities, as well as its geographic proximity to the conflict in Syria, mean political decisions attract the interest of regional powers. Indeed, Lebanon’s political system is based on confessionals, with different religious groups being afforded different posts – the president is always a Maronite Christian, the prime minister a Sunni Muslim, and the speaker of parliament a Shi’a.

On October 20, the leader of the Sunni Future Movement, Saad Hariri, announced his support for Michel Aoun as president, somewhat of a surprise given their allegiance to opposing coalitions. It is widely believed that Saad Hariri – the billionaire son of former Lebanese prime minister Rafic Hariri, who was assassinated in 2005 – will be appointed prime minister in the coming weeks. Outspoken Dutch far-right politician Geert Wilders will stand trial on Monday for discrimination and inciting racial hatred. The case comes in light of Wilders’ remarks during a televised party rally in 2014, where he led a roomful of people to chant that they wanted fewer Moroccans in the Netherlands. He is facing a fine of up to €7400 and a year in jail.

In 2011, Wilders was acquitted of incitement of religious hatred for his calls to ban the Koran and deport ‘criminal’ Moroccans. Legal experts are more optimistic about the present case as his remarks were directed at a specific social group, not a religion.

Opinion polls show Wilders’ far-right PVV party neck-to-neck with the conservative-liberal ruling VVD party. The PVV has seen a drop in popularity since mid-year, polling in the lead with 25 per cent, down to 20 per cent. However, Wilders and his party is eager to use the trial to paint him as a martyr and to confirm supporters’ belief that he is being prosecuted by the elite.

Wilders has refused to attend the trial, which he views as ‘politically-motivated’. On Wednesday, Irish Prime Minister Enda Kenny will host business groups, NGOs, trade unions, and many of the island’s top political parties to discuss the implications of Brexit.

Although invited, Northern Ireland’s First Minister, Arlene Foster, said she would not attend the summit, saying there was “no need” for it. Indeed, while Mrs Foster is pro-Brexit, some 56 per cent of Northern Ireland’s population voted to remain in the EU.

June’s Brexit decision means that, while the southern Republic of Ireland will remain in the EU, Northern Ireland – which is part of the UK – will leave it. There remains uncertainty as to how this will work on a practical level, as the land border between Northern Ireland and its independent southern neighbour will soon become an external EU border. Local authorities in these border areas will attend Wednesday’s talks.

Both Irish Prime Minister Kenny and Northern Ireland Secretary of State James Brockenshire have insisted the island will not be divided by a ‘hard’ border.

Those in attendance will produce recommendations to London on how to handle Brexit vis-à-vis Ireland and Northern Ireland. Peruvian President Pedro Pablo Kuczynski will travel to Bolivia on Friday to meet with his Bolivian counterpart Evo Morales. The two leaders will focus their discussions on plans to build a cross-continental railway from the Peruvian Port of Ilo to the Brazilian port of Santos, thus linking the Atlantic and Pacific Oceans.

In May 2015, a Chinese delegation headed by Premier Li Keqiang visited Peru to discuss financing the roughly $20 billion bi-oceanic project. The railway will cut the transport time and cost for shipping goods produced along the Atlantic coast to Asia and vice versa.

Talks between Peruvian and Bolivian leaders this week will focus on signing agreements on the development of roads and infrastructure for the massive project, which is expected to be completed in the early 2020s. 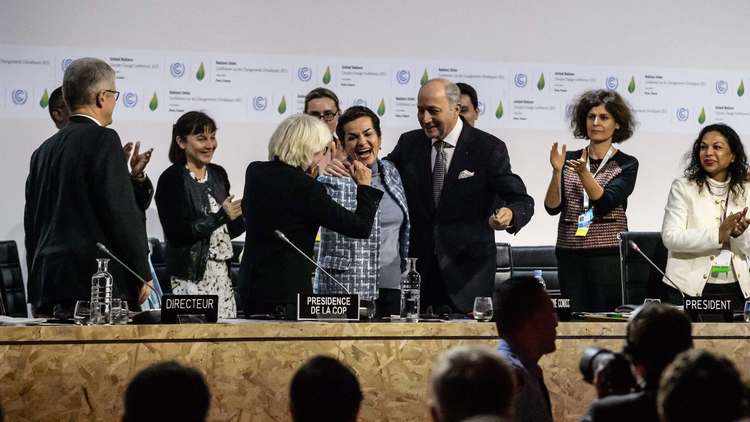 The Paris Climate Change Agreement will enter into force on November 4. On October 4, the threshold was reached after the European Union ratified the deal, thus satisfying the benchmark of 55 ratifications by countries accountable for over 55 per cent of global greenhouse gas emissions.

The United States and China expedited the effort of bringing the Paris Agreement into force, which took just under a year – substantially quicker than the eight years between adoption and ratification of the Kyoto Protocol. Countries will now tackle the challenge of keeping global temperature increases below two degrees Celsius.

The agreement’s entry into force will trigger the authority of the CMA as governing body during the upcoming COP22 UN climate conference in Morocco from November 7 to 18. The national climate action plans submitted by countries before the adoption of the agreement will be finalised into ‘Nationally Determined Contributions’. The agreement’s implementation rule book will also be finalised as soon as possible to provide a global blueprint for reporting and accountability.

Despite broad support for the accord, experts warn that merely restricting emissions will not be enough to contain the effects of global warming. The next necessary step, according to NASA scientist James Hansen, is the extraction of carbon dioxide from the atmosphere, which will require the development of technology that could cost trillions of dollars. UK Prime Minister Theresa May will embark on a three-day state visit to India on Sunday in what will be her first bilateral trip outside of the EU and first ever trade mission.

Accompanied by her international trade secretary Liam Fox, May will send a message that the UK is prioritising bilateral trade relationships beyond the EU. A trade delegation of small and medium-sized enterprises from all regions of the UK will accompany the prime minister.

May will meet with her Indian counterpart Narendra Modi to discuss the possibility of a post-Brexit UK-India free trade deal, encourage further investment in the UK, and export movement into developing markets including India. Mr Fox’s Department for International Trade has already set up working groups in India to lay the foundations for a future free trade deal.

The two leaders are also likely to discuss the strengthening of their strategic partnership established in September 2004, particularly as disputes in and around the Indo-Pacific heat up.