A court ruling with political implications in Brazil, pressure on free trade deals in Europe, and a historic vote in Somalia

Somalia begins parliamentary elections, its first vote in over 30 years 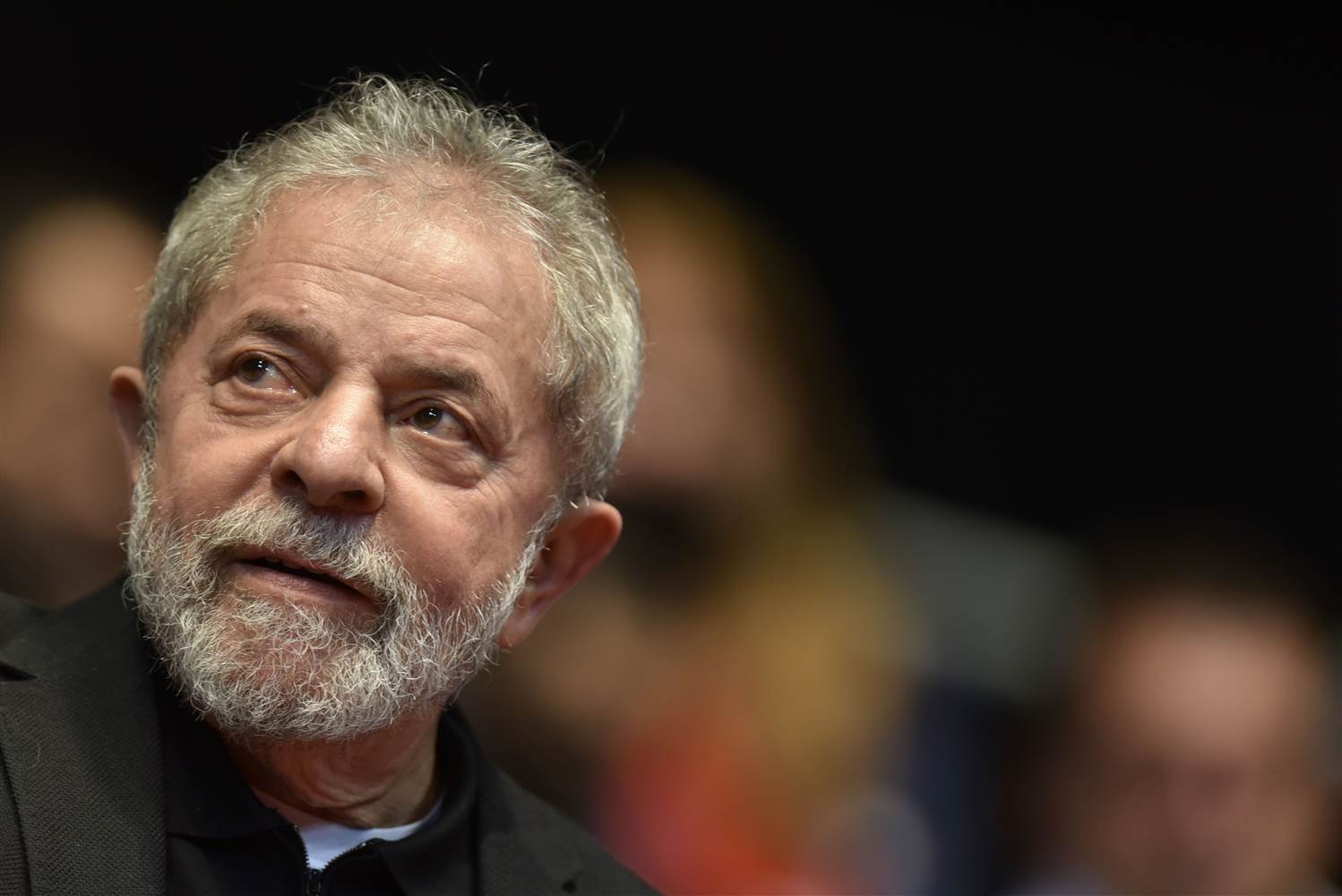 Protesters consisting of leftist groups and unions allied with the Workers Party have turned out in their thousands to demand interim President Michel Temer step down, and new elections are held. Tensions are set to escalate if an arrest warrant is served for da Silva.

An indictment of da Silva will prevent the former president from running for office again in 2018. As one of the opposition party’s most popular figures, this is likely to impact on the party’s chances of regaining the presidency, clearing the field for the more conservative, pro-business Social Democracy Party and Democratic Movement Party. Jordanians will head to the polls on Tuesday to elect representatives to the country’s 130-seat lower house. A constitutional monarchy, Jordan’s Parliament is the country’s only elected body and one widely viewed as a rubber-stamping institution.

These elections will be the first since electoral reforms were passed in 2015. The reforms abolished the ‘one person, one vote’ system – which disadvantaged the Islamist opposition and empowered tribal groups – replacing it with a form of proportional representation. This will likely favour the Muslim Brotherhood-aligned Islamic Action Front, which has boycotted every election in the past two decades.

It is highly unlikely that Tuesday’s vote will bring substantial change to Jordan’s rigid political system, which is still very much controlled by King Abdullah II. However, the election will provide an insight into political pressures in a country racked by economic difficulties and a refugee crisis. In particular, the vote will be used to gauge the popularity of Islamist parties. 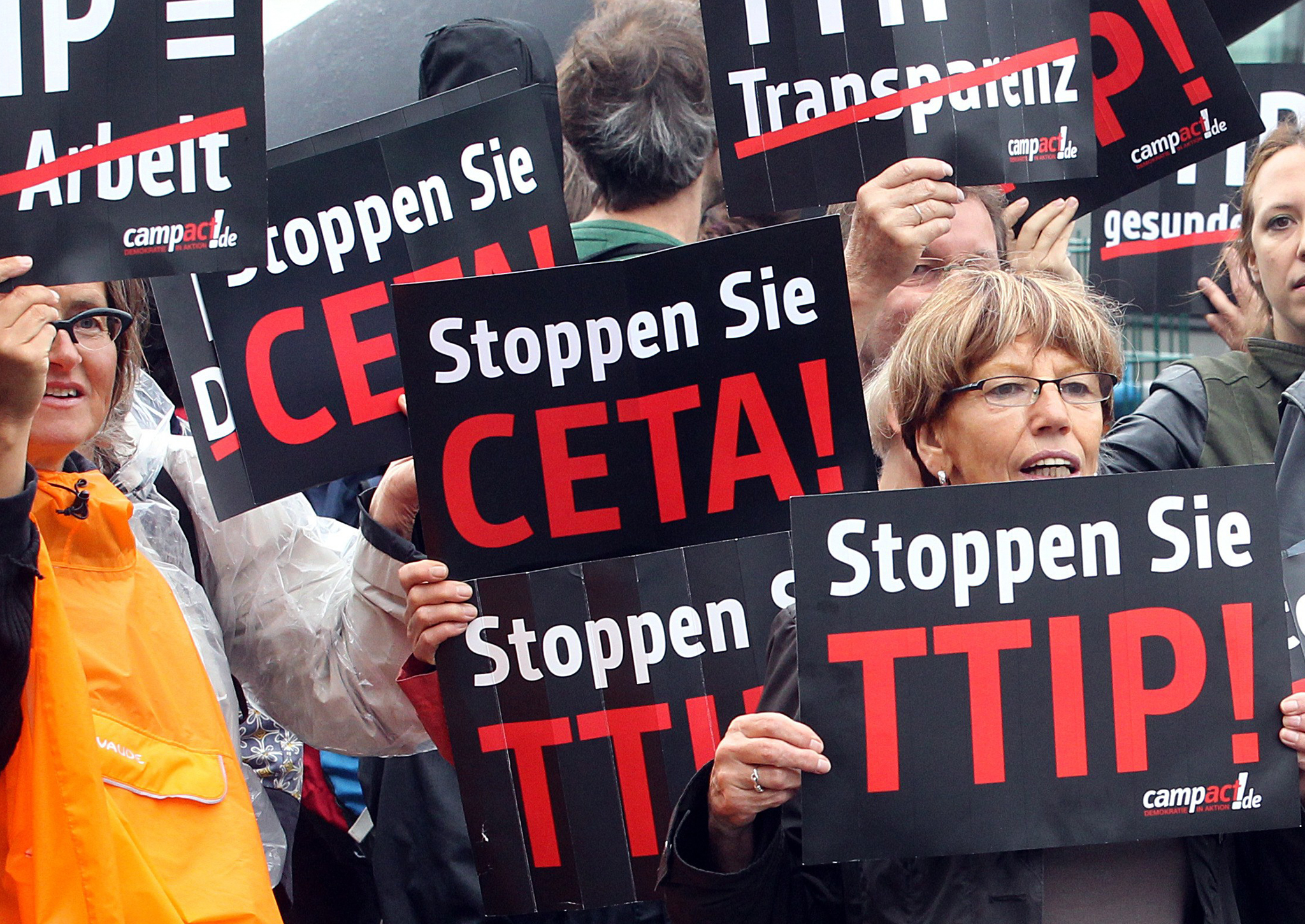 European Union trade ministers are to meet informally on September 22 to 23 in Bratislava, Slovakia. They are expected to discuss the recently-negotiated but yet to be ratified EU-Canada Comprehensive Economic and Trade Agreement (CETA).
President of the European Commission, Jean-Claude Juncker, praised the CETA during the G20 conference as the “best and most progressive” trade deal ever negotiated by Brussels. However, popular sentiment across the union seems to be to the contrary – 320,000 people rallied across Germany last week against the CETA and its US-equivalent: the Trans-Atlantic Trade and Investment Partnership (TTIP).

France is expected to entreat European states to halt discussions with the United States on the TTIP. German Vice Chancellor Sigmar Gabriel is similarly pessimistic about outcomes, declaring last month that “negotiations have failed.”

Despite increasing public discontent and wavering political support, 12 EU ministers reiterated their approval of the deal in a letter to EU trade chief Cecilia Malmstrom last week. These nations, notably Sweden, Finland, Spain, Italy and Britain, are expected to push forward with discussions during the Bratislava meeting. 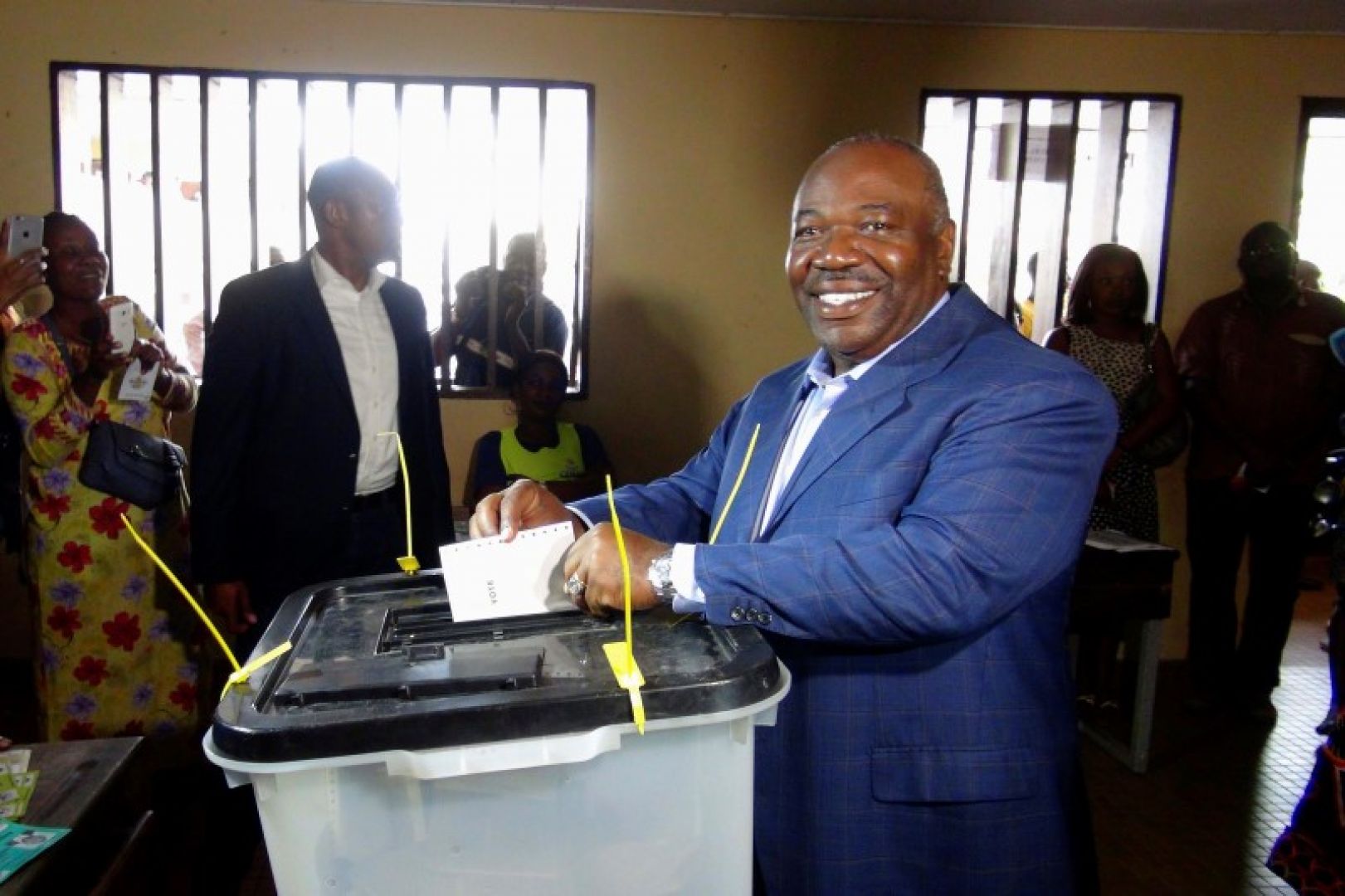 Opposition leader Jean Ping asked the court to authorise a recount of votes following a narrow victory margin of just 6,000 votes. If approved, the recount will be conducted in Bongo’s stronghold Haut-Ogooue province, where a purported 99.9 percent turnout yielded 95 percent support for the president.

Riots over the election results saw at least six people killed and heightened international scrutiny of Mr Bongo, whose family has ruled Gabon for almost 50 years.

The African Union has expressed its intention to send observers to the Constitutional Court to aid in the coming to a decision. The EU will also have a presence in the country, having sent a team to oversee the elections and noting concerns over anomalies in Haut-Ogooue. Bongo is also expected to present evidence of Ping falsifying documents to the Constitutional Court. It is uncertain how much scrutiny outside observers will have of the court’s internal deliberations. 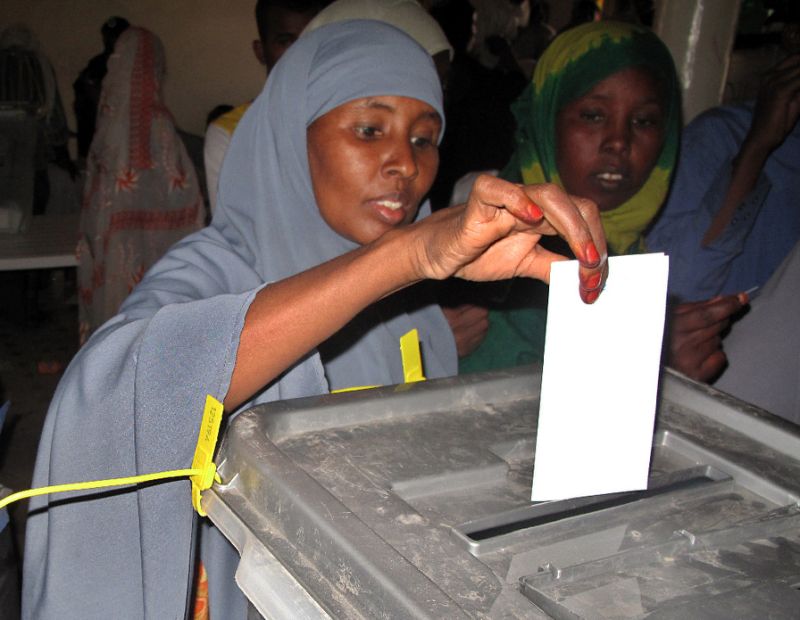 Parliamentary elections will begin in Somalia on Saturday, marking the first time the war-weary country has held a vote since the 1980s. Voting for the upper house is expected to be completed by Sunday, but the process of electing members to the lower house is not expected to be finalised until October 10.

Once inaugurated, the new parliament will elect Somalia’s next president. Incumbent Hassan Sheikh Mohamoud will be one of dozens of candidates vying for the position. A vote is expected to be held on October 30.

While the vote is undoubtedly a landmark for Somalia, it falls short of true representative democracy. Just 14,000 people in a country of 11 million will be allowed to vote, a result of serious security challenges. The extremist militant group al-Shabaab has conducted multiple high casualty attacks throughout 2016, despite regional and global efforts to kerb their activities.

Despite this, Saturday’s vote marks progress and is a significant improvement on the 2012 ‘elections’, in which a group of 135 tribal elders appointed the entire parliament. While the country is trying to move forward, it remains vulnerable to terrorist attacks, which will undoubtedly try and derail these elections. 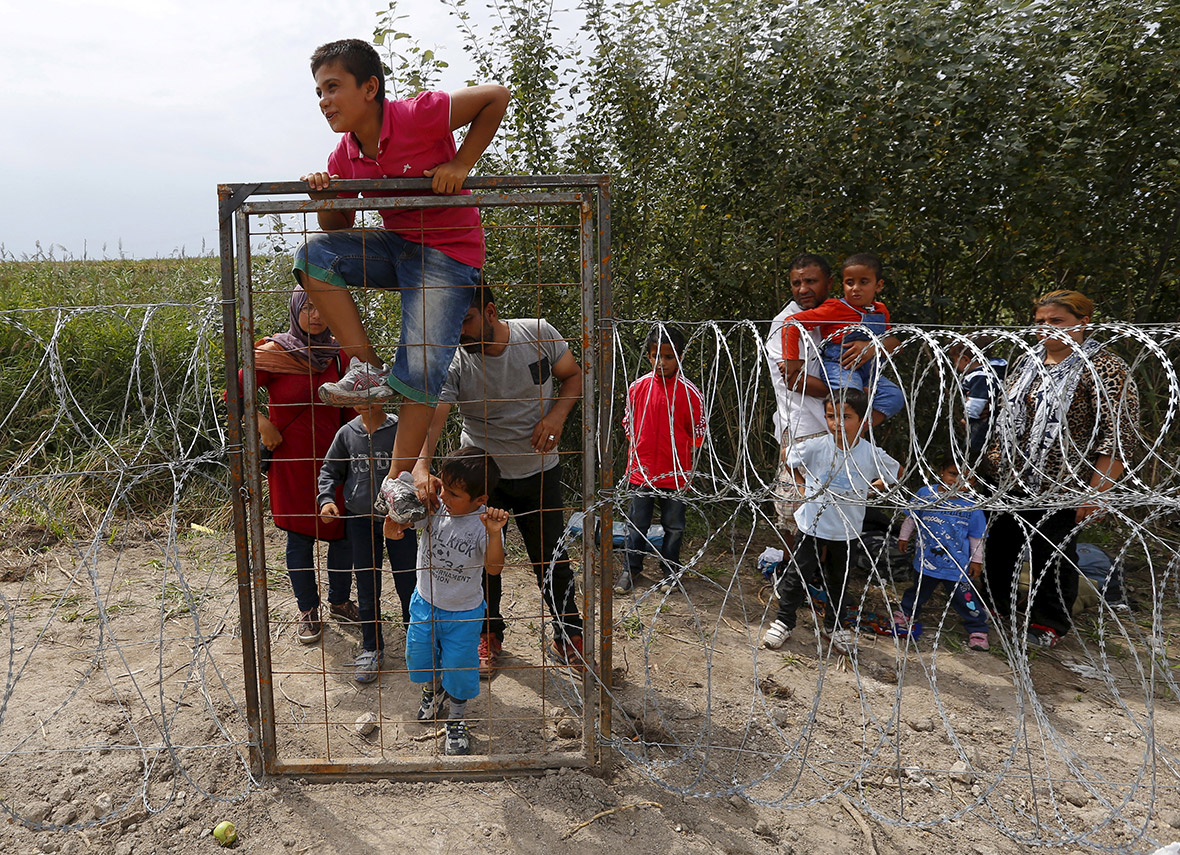 The leaders of Germany, Austria and Balkan states will meet in Vienna on Saturday to discuss immigration policy and cooperation among EU member states. Austria and Hungary have been critical of Berlin’s previous open-door attitude to unregulated migration, saying the burden was falling unfairly on states along the eastern European route.

Earlier this year Austria announced that it would only accept some 37,000 migrants in 2016, down from 90,000 last year. The country is slated to hold a presidential election on December 4, which is being tightly contested by anti-immigration candidate Norbert Hofer from the far-right Freedom Party.

Hungary too will hold a poll focussed on immigration in the coming months. On October 2, Hungarians will vote on whether to apply the EU’s quote migration policy, with 73 per cent of those polled saying they will back the government-backed ‘no’ campaign.

German Chancellor Angela Merkel is also facing domestic pressure to kerb the number of migrants entering the country. All of these factors, combined with the underlying weakness of the EU, will serve to complicate any bloc-wide migration policy. It is unlikely that leaders will be able to agree on a decisive plan on Saturday, which is likely to be rhetorical rather than truly substantive.